Mario Haberfeld will make his first racing appearance in more than a decade when he takes part in this weekend's Jaguar I-PACE eTrophy Formula E support races in Riyadh.

Sometime Champ Car and Formula 3000 driver Haberfeld, 43, will replace Caca Bueno in the Jaguar Brazil Racing squad for the first two rounds of the season.

Bueno is away on Brazilian Stock Car duty but is set to return for February's Mexico round.

Haberfeld meanwhile is set to make his first international racing appearance since he drove for the Embassy Racing squad in the Le Mans Series at Monza in 2008.

"When I got the invitation from the Brazilian Team, to replace Caca Bueno it was quite a surprise as I haven’t raced for over 10 years, but I’m sure it will be a really fun weekend," commented the 1998 British Formula 3 champion.

"I’m inquisitive to drive the I-PACE, as this will be my first time competing in an electric car. I’ve talked to Caca, in order to get some tips about the car, and I hope I will do two good races in Saudi Arabia.

"It will be an honour to race for the Team Brazil and be back to represent my country.”

Haberfeld will be part of a 10-strong field for the opening round of the FE support championship in Riyadh.

Among those set to contest the full schedule are Sergio Jimenez, who took the inaugural I-PACE eTrophy crown last season, Simon Evans - elder brother of Jaguar FE racer Mitch - and Alice Powell, who made a one-off outing in the series in Riyadh last year.

Powell will be one of three female racers in action alongside two guest drivers, fellow W Series competitor Abbie Eaton and Saudi driver Reema Juffali (pictured below), who drove in the British F4 championship last year and finished 13th overall. 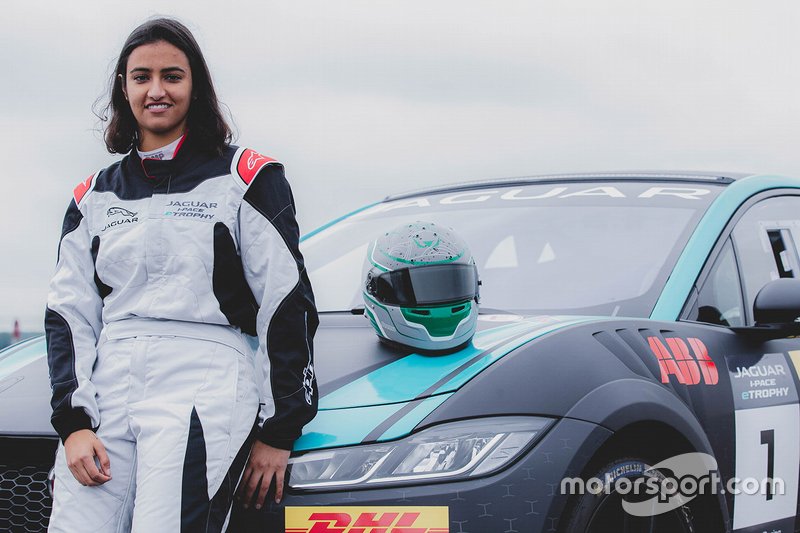 Son of ex-F1 driver Beltoise to race in Jaguar eTrophy