Close finish at the 3-Hour endurance race at SRA Karting 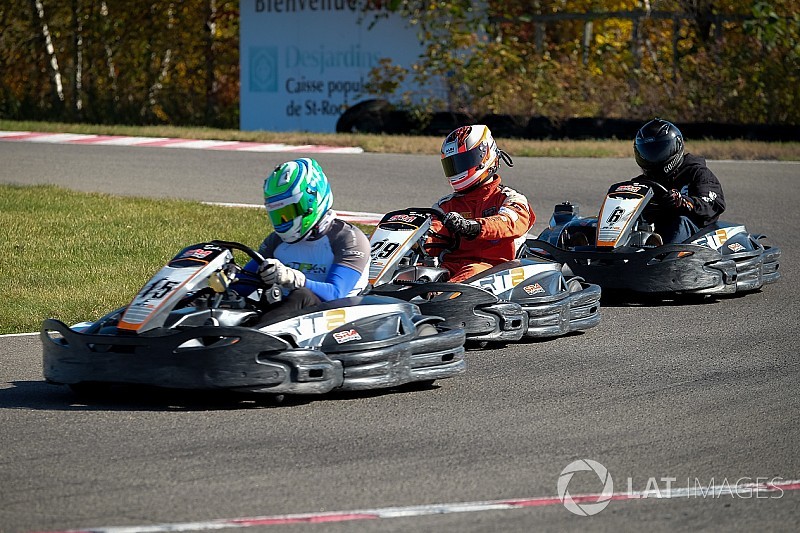 The three-hour endurance race of karting of the Sodi World Series held Sunday at SRA Karting International turned into an intense and tight competition.

This traditional end-of-season endurance race is held in October on the SRA Karting circuit that welcomed the FIA CIK World Championship back in 2001 with young hot shoes like Lewis Hamilton and Nico Rosberg who both became Formula 1 World Champions later in their careers.

As part of the Sodi World Series, the race features Sodi RT8 karts powered by nine-horsepower four-stroke engines. All karts are identically prepared and the machines and the starting positions are decided by a draw.

A record 22 teams entered the event. One team was made of expatriated Brazilians who now live in Montréal. The start of the race was made in pure old Le Mans style with drivers completing the first stint running to their machines on the other side of the track.

Hamzi Ataya and Adrien Pariona - who finished respectively one and two in the 2017 Sprint category of the Sodi World Series at SRA Karting – powered their White Lotus team to first place, completing 156 laps (that’s 192.5 km, or 120 miles) during the three hours of the race.

The Nissan Micra Cup team, made of two-time Cup champion Olivier Bédard, yours truly and my son, finished in second place - just 27.4 seconds behind the winners. The C-ETS Racing Team of Kevin Ignatowicz and Patrick Lapointe arrived in third place, 16.7 seconds just behind our team.

Teams that finished between fourth and seventh place were just one lap down, and five following teams finished with just a two-lap deficit. This shows clearly that the race was field was exceptionally competitive and the karts were very well prepared. The difference between the fastest lap time and slowest was just 1.6 seconds on this 1.2-km track - kudos to all the mechanics.

The competitors also showed great respect for each other as very little contacts and bumping took place during the 180 minutes of hard, intense racing.

The Sodi World Series, with races held in 49 countries throughout the world, provides a highly competitive environment for very little money. It’s one of the best ways to get into kart racing without having to invest too much money. Since the tracks own the karts, it’s an arrive-and-drive style of racing that puts en emphasis on talent and not on mechanical tuning or a credit card.