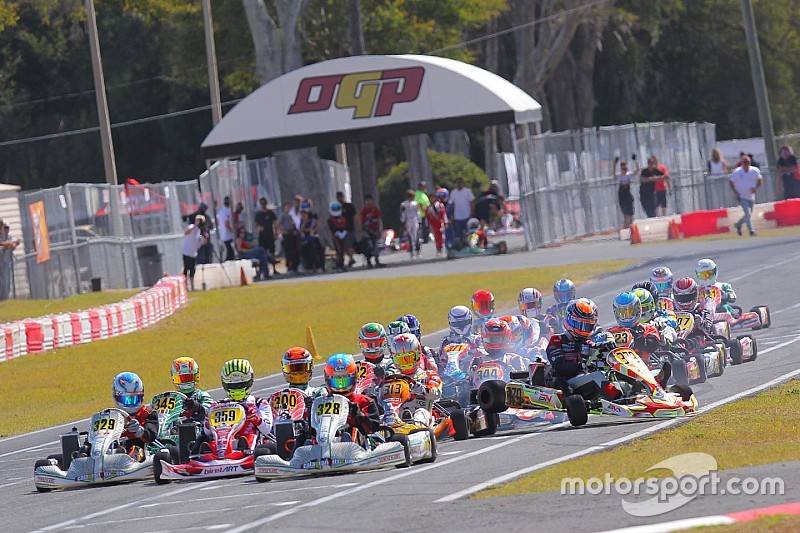 Throughout the action on Saturday at the Sofina Foods Florida Winter Tour presented by FIKSE Wheels, the theme was domination, as in almost every category, one driver stood proud. Cody Schindel reports.

Oliver Askew found no difficulty holding off Robert Wickens in the two remaining Rotax DD2 heat races, keeping the Mercedes DTM driver at a safe distance. When it was time for the PreFinal, Wickens jumped out to an early lead courtesy of a great launch from the outside of the front row, but it took only a handful of laps before Askew returned to the front and never looked back.

In Rotax Senior it was Kyle Kirkwood who scored the perfect day, earning himself pole position for Sunday’s Final. Settling in behind Austin Garrison at the start of the heats, Kirkwood patiently stalked his teammate before making his move for the lead. He then controlled the afternoon PreFinal while senior rookie Trenton Estep jumped up to second. Garrison was third, Jordon Lennox fourth and Christian Brooks fifth after Zachary Claman DeMelo was assessed a 10-second penalty.

The only category to feature a change at the front was Rotax Junior as Mathias Ramirez overtook both Michael and Nicholas d’Orlando early on in the PreFinal. Trouble found Michael as a crashed kart returned to the track right in front of him, forcing him off course and well down the order. He eventually recovered to finish seventh, posting the fastest lap of the race as well.

Nicholas d’Orlando closed in on Ramirez in the closing laps, but settled for second while Nick Brueckner, Ryan MacDermid and Aidan Keel completed the top-five in the PreFinal.

Tyler Gonzalez has been untouchable in Rotax Mini-Max this week as he too had a clean slate on Saturday, winning both heat races and the PreFinal. Behind him the action was very close, especially in the PreFinal where Matheus Morgatto, a winner last weekend in Ocala’s ROK round, emerged with second, followed by Arias Duekmedjian, Jeremy Fairbairn and Jak Crawford. The latter held the runner-up position for the first half of the race before fading.

After qualifying fourth yesterday, Josh Pierson recovered well in Micro-Max to take all three heat race wins today, also securing the PreFinal win to set himself up on pole for the Final. Justin Arseneau pressured Pierson early in the PreFinal but settled for second, a position he has held the whole weekend. James Egozi, Branyon Tiner and Karsten Defonce completed the PreFinal top-five.

Finally, Christophe Adams maintained the lead in Rotax Max Masters on Saturday, holding off Michel Aboissa and Scott Roberts to lead the field to green on Sunday for their Final.

The weekend of racing culminates on with the Final race for all seven categories. You can catch it all here on Motorsport.com