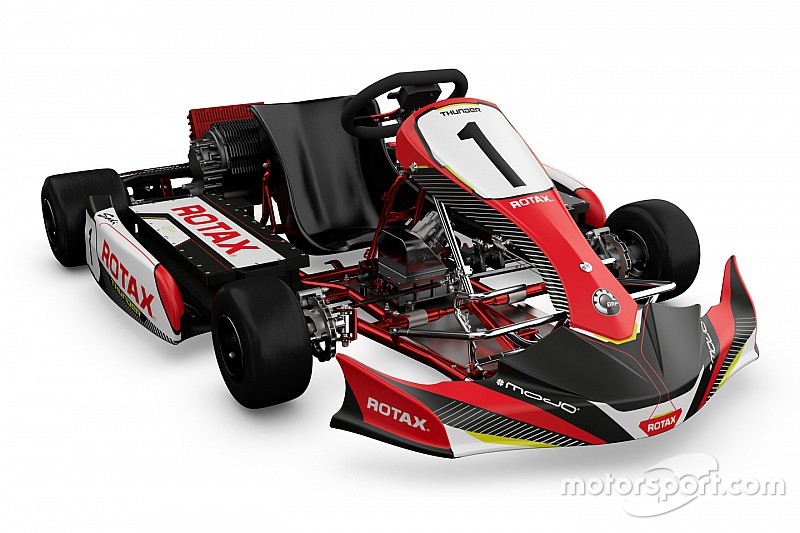 Bombardier Recreational Products, with headquarters located in Valcourt, Québec, is expanding its range of Rotax internal combustion engines to electric powerpacks. The new Rotax THUNDeR powerpacks will offer race fans and racers all the advantages of electrification, including lower greenhouse gas and noise emissions.

BRP is the company behind products such as such as the Ski-Doo, the Sea-Doo watercraft, the Can-Am off-road and Spyder vehicles. The Rotax electric powerpack will be distributed through RIC TECH, a joint venture between subsidiary BRP-Rotax and Italian partner, S.M.R.E. S.p.A.

The new powerpack, to be fitted to a normal kart frame, features a high-performance lithium-ion battery with a capacity of 2.5 kWh and a top performance of 20 kW and 46 Nm. It makes the kart accelerate from zero to 100 km/h (62 miles per hour) in just 3.5 seconds. Depending on gearing, the kart can reach a top speed of 130 km/h (82 mph).

The new powerpack was presented during a press conference at the Red Bull Ring in Spielberg, Austria, where media representatives watched Ferdinand Habsburg, Formula 3 driver, testing the Rotax powerpack in a Sodi chassis.

“BRP is focused on providing trendsetting experiences to its consumers,” said José Boisjoli, president and CEO of BRP.

“With the introduction of an all-electric zero-emission low-noise kart, BRP is positioned to fully seize and shape new markets. Ongoing innovations in electric technology and shifting consumer demand enable us to extend the performance and thrilling experiences of the acclaimed Rotax racing DNA to our new electric powerpacks.”