JK Tyre has returned as the title sponsor of the National Karting Championship in 2019, coinciding with a major overhaul for the entry-level series. 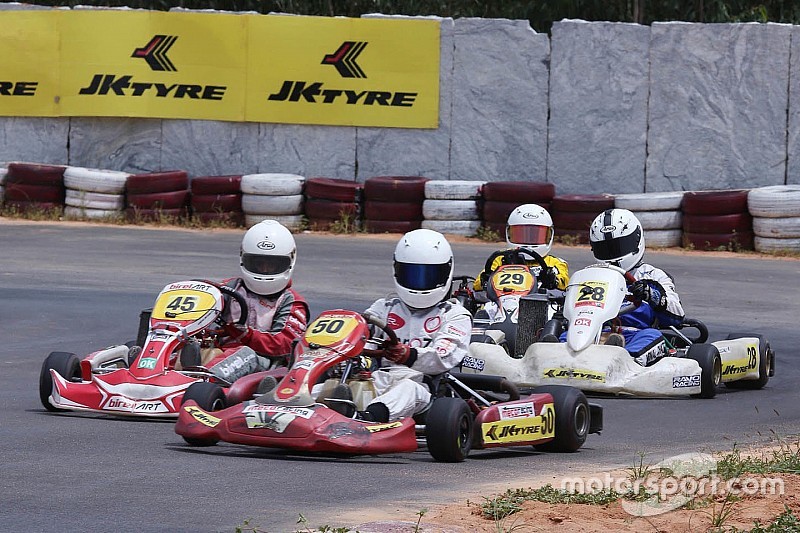 JK Tyre pulled out of the national karting scene after the 2016 season, citing spiralling costs of competition and a lack of graduation of drivers from karts to JK Tyre’s national racing series.

However, just two years after its withdrawal, JK Tyre has announced that it will resume backing the National Karting Championship.

The series itself has undergone a major shake-up, with competition divided into three broad categories - each with a different calendar and a different type of kart.

X-30 Karting - The X-30 championship will serve as the middle ground between 4-stroke Sodi series and two-stroke Rotax series. Karters will be split across Cadet, Junior and Senior classes based on their age, with winners from each category getting a chance to compete in the X30 World Finals in Europe. Crucially, all karts will be run by a single team, ensuring equal equipment for all karters.

Two-stroke Rotax - The National Karting Championship will continue to run internationally-acclaimed two-stroke Rotax karts in its flagship category. Unlike X-30 which is run in centralised manner, the Rotax category will see six teams battling it out for the top spot, namely Peregrine Racing, Birel Art Racing, Rayo Racing, Erda Racing, RD Racing and MSport. The winner of the category will get to compete in the Rotax Max Grand Finals along with other finalists from around the world.

The X30 and Rotax champions will also get a sponsored drive in the LGB category of JK Tyre National Racing Championship.

Speaking about JK’s return to karting and the major overhaul of the series itself, Mr. Sanjay Sharma, Head of JK Motorsport, said, “We have repackaged our entire karting programme this season, with the main aim of getting more and more people exposed to the sport and also to make it affordable for them.

“We went back to the drawing board and decided to get back the four-stroke karting event back in the championship.

“The championship which was the most sought-after event in the 2000s not just attracted hundreds of participants but also drew viewers in huge numbers because of the added entertainment quotient.

“Along with giving them exposure to the very first level of motorsport, participants who would want to pursue it seriously will now have an option to choose from X-30 and Rotax, both internationally acclaimed two-stroke karting championships.

“Therefore, a participant can start from four-stroke karting, move on to two-stroke, thereafter to Indian make Formula Car (LGB), to JK Euro to Formula 3 and so on.”