The 2014 Le Mans 24 Hours will take place on 14-15 June. The 82nd running of the Sarthe classic will be the third round of the FIA World Endurance Championship, and it looks like being a particularly open race. With the introduction of the new technical regulations Porsche will make its comeback to take on Audi and Toyota in the battle for victory. However, it is just one of the attractions of what will be another mind-boggling field! 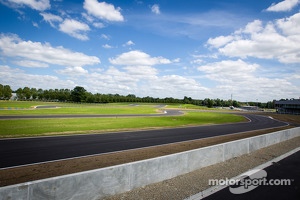 The new karting track next to Circuit Alain Prost

The test day - a real live test session - will be held on Sunday 1st June, and the Le Mans week will kick off with scrutineering in the town on 8-9 June.

The ticket office is open for ACO members since November 6, it is now open for the general public.

Price of places start at 73 euros for a general enclosure ticket for the week (ACO members’ tariff: 56 euros).

Looking ahead to the future!

Always ahead of its time, the 2014 Le Mans 24 Hours is looking towards the future. The event, which will see the introduction of new regulations taking into account the preoccupations linked to sustainable development, but without influencing performance, the on-track action or the intensity of the racing, will mark a real turning point in the history of motor sport.

The biggest car manufacturers have understood its importance as Porsche is joining Audi and Toyota in the blue riband category, and the German manufacturer is determined to win straight away with the help of drivers like Mark Webber. He will find himself up against other new prototypes from Oreca, OAK Racing, etc...

Before becoming involved in this titanic battle Nissan will occupy the 56th garage in 2014 reserved for cars using innovative technology. In the other categories, which will be the theater of ding-dong battles between Ferrari, Aston Martin, Viper, Morgan, Corvette and others, the combat will equal the prestige of the entries.

All this will take place in the festive ambience particular to the Le Mans 24 Hours enjoyed by some 250 000 spectators every year. The 82nd Le Mans 24 Hours will take place on 14-15 June 2014 before which the test day on 1st June will enable the participants to carry out a general rehearsal for the event, which will again be the third round of the FIA World Endurance Championship.