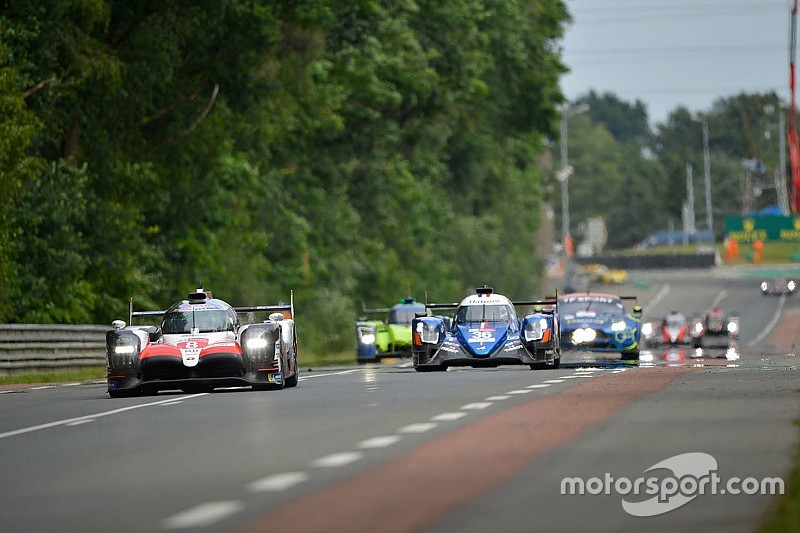 The Le Mans 24 Hours has issued its full 60-car 2019 entry list, identifying the remaining 18 teams that will take part in this year's running of the French endurance classic.

The US factory teams from Chevrolet, Ford and Porsche have been confirmed as part of the second batch of entries, with the first 42 having been named last month.

Corvette Racing will return to Le Mans with a pair of C7.Rs for its 20th consecutive participation, joined by two cars each from the Chip Ganassi Ford and CORE-run factory Porsche squads that race against them in the IMSA WeatherTech SportsCar Championship.

Risi Competizione has also been awarded an entry for a solo Ferrari 488 GTE, despite the fact it has no further plans to race in IMSA this year.

The Chevrolet Corvettes and the Ford GTs will be driven by unchanged line-ups from last season, while Porsche announced its projected line-ups in December.

The seven US entries bring the GTE Pro field up to 17 cars for Le Mans.

There are a further eight entries in LMP2, including three gained by teams for their successes in the 2018/19 Asian Le Mans Series season.

United Autosports has been awarded an entry for winning the Asian series, but its second entry whose drivers include Alex Brundle has only made the reserve list.

Three additional entries in GTE Am include a Kessel Racing Ferrari for an all-female line-up and Japanese entrant CarGuy Racing, which gained its entry for winning the GT class in the Asian LMS.

Top of the 10-car reserve list is the Duquiene Engineering LMP2 squad, with the second cars from United and Panis-Barthez taking third and fifth spots.

The Meyer Shank Racing IMSA team, which had hoped to field an all-female line-up after doing so in the Rolex 24 at Daytona, is ninth on the reserve list with an Oreca 07-Gibson.

The 10 entries on the reserve list, in order of priority: