Fernando Alonso says his #8 Toyota crew has to "enjoy" its good luck after inheriting victory in the Le Mans 24 Hours. 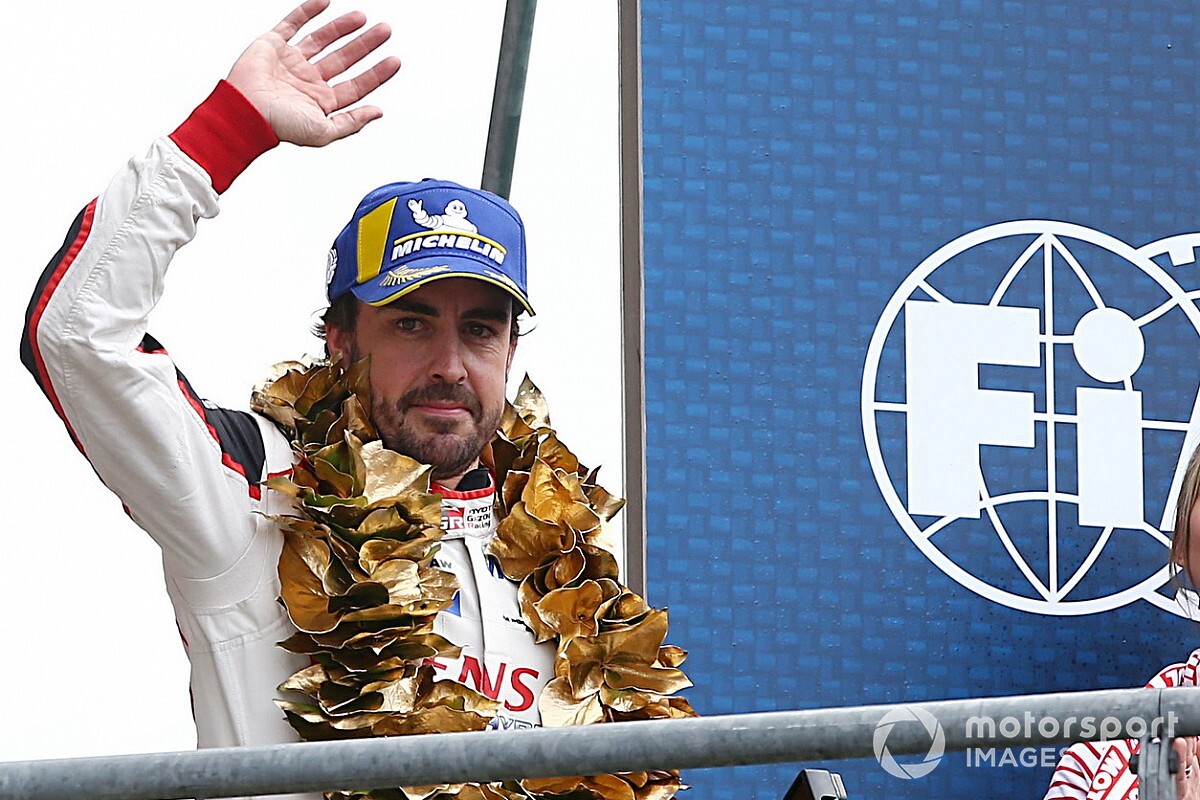 The #7 Toyota driven by Mike Conway, Kamui Kobayashi and Jose Maria Lopez was on course for victory, having dominated the race, before Lopez picked up a puncture one hour from the finish.

A sensor issue, however, made Toyota change the wrong tyre when the Argentine driver pitted, and Lopez was forced to complete a slow lap to return to the pits, losing the lead to the #8 car of Alonso, Sebastien Buemi and Kazuki Nakajima.

Alonso suggested the good luck was a form of payback for the bad luck he endured during his Formula 1 career.

"It was a shocking race. We haven't the pace to win the race, the #7 car was quicker than us for 24 hours and we didn't deserve the victory maybe, but we were lucky and it helped us to get the victory.

"Today the good luck was in our side but another races or another F1 championships were gone inexplicably and we have to enjoy to be in this side."

The two-time F1 champion, who secured the World Endurance Championship at Le Mans, said he would have been happy with second place, which he reckoned was what his team deserved after being slower than the #7 car all week.

"The team has the experience of 2016 as well, they've lost the race in the last minute and all the team has this always in mind. You have to be always calm but I was happy with the second position because it was what we deserved on track.

"I was in the motorhome eating something [when Lopez's puncture happened] and I saw the #7 car very slow on track. We went to the box to see what happened and it was a puncture, and this is condemning you to second place, no doubts.

Lopez "cried all the way back to the pits" after puncture