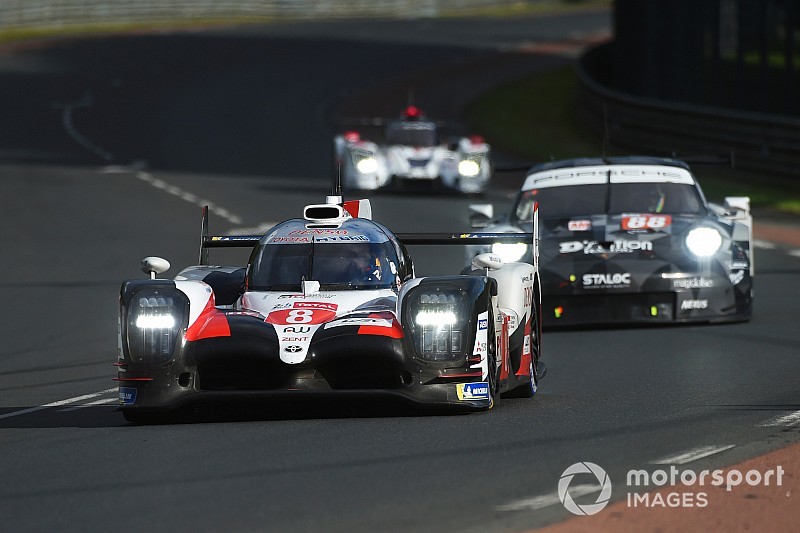 The car shared by Alonso, Sebastien Buemi and Kazuki Nakajima could only manage the fourth-fastest time, with Alonso's quickest time ending up 2.471 seconds slower than the sister #7 Toyota which took provisional pole in Kamui Kobayashi's hands.

All three drivers in the #8 car reported they encountered traffic on their hot laps, while contact between Buemi and a GT car further hindered the FIA World Endurance Championship points-leading crew's efforts.

"We worked on the set-up in practice during the afternoon but that session was affected by the weather, then in qualifying we were unlucky with traffic so we didn’t show our true pace," said Alonso.

"After that, we just concentrated on improving our car in race conditions. We were following our programme. On Thursday we have another chance to improve the set-up and we will try to get a better laptime.”

Buemi added: “It was a very eventful session for us. Unfortunately we couldn’t do a real qualifying lap due to the traffic but we will have more opportunities on Thursday when hopefully we can challenge for a better position on the grid.

"The good thing is that we worked a lot on the set-up. We have some good information about set-up, particularly in the night, and the main target is to have a quick car in the race.”

While the #7 Toyota took provisional pole, it was far from plain sailing for the car Kobayashi shares with Mike Conway and Jose Maria Lopez, as Conway was caught up in an incident with the LMP2 pace-setting DragonSpeed Oreca.

The two cars collided head-on at the Ford chicane after Gonzalez spun and attempted to rejoin the track, with Conway's car suffering heavy front-end damage as a result.

“It was a pity about the incident because the session had gone really well until then," said Conway. "I slowed down then saw headlights: I tried to pull out of the way but it was difficult to see the car and unfortunately we made contact.

"I’m sorry for the crew that they had a lot of extra work to do, but they did a great job to get the car back out at the end of the session.”

The #7 car was able to resume after a 25-minute spell in the garage for repairs, but Conway was given a suspended three-minute stop-and-hold penalty for the incident with Gonzalez.

A stewards' bulletin stated that Conway had failed to slow at the entry to the Ford Chicanes and was not prepared to change direction or stop as required. It continued: "As a result he collided with car #31 [Gonzalez] which was partially blocking the track at T33."

One of the cars behind the #8 Toyota - the #1 Rebellion-Gibson R-13 - has lost all its lap times from opening qualifying as a result of a technical irregularity described in the stewards' report as an "incorrect declaration of fuel-flow meter".

The car had been sixth in the times, thanks to a 3m20.297s lap set by Neel Jani, in the car he shares with Bruno Senna and Andre Lotterer. 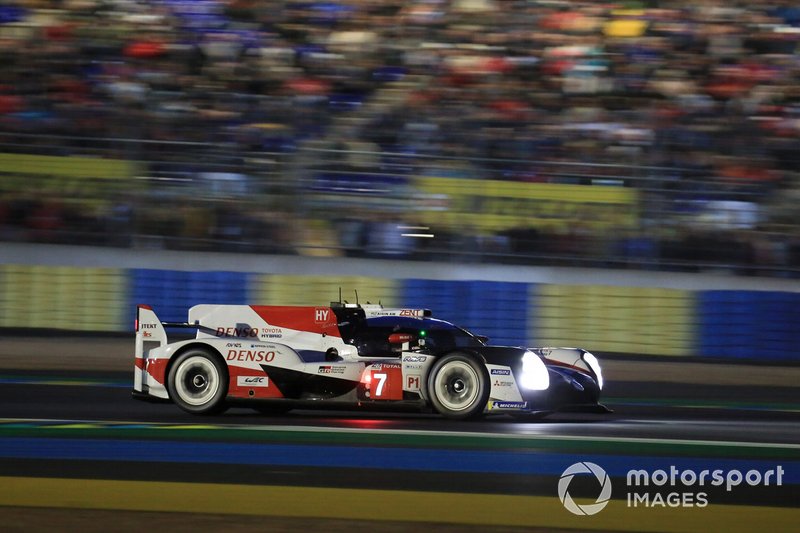