Aston Martin believes a last-minute GTE Pro Balance of Performance change for the Le Mans 24 Hours meant it was reduced from fighting for victory to just "driving around". 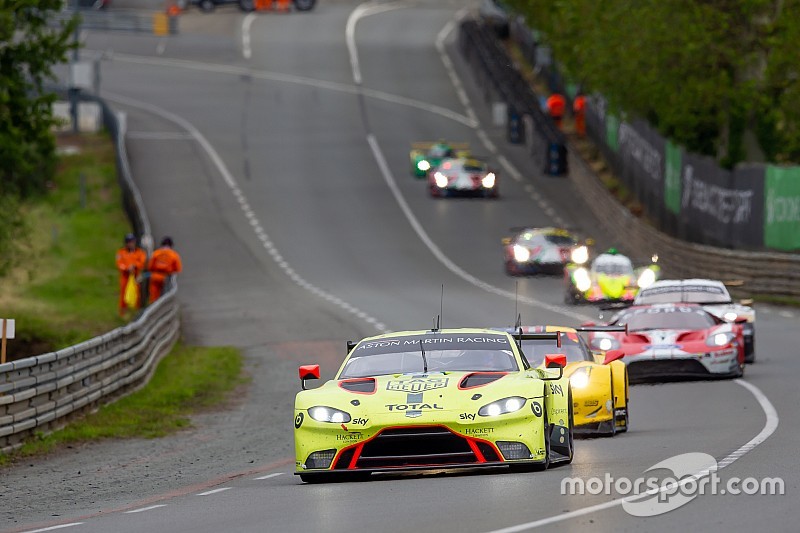 Marco Sorensen had put the #95 Vantage GTE he shared with Nicki Thiim and Darren Turner on pole after a final qualifying session on Thursday evening that featured five of the six marques in class in the top five positions.

However, a post-qualifying BoP change issued on Friday penalised Aston by reducing its turbo boost and fuel capacity, although the Vantage was also one of five cars to be handed a 5kg weight break.

AMR team principal Paul Howarth was reluctant to spell out just what impact the changes had on the Vantage GTE's straightline speed or tyre consumption.

But he did say the British marque was "confident" of being well in the mix for a top-three finish before the BoP change that Aston CEO Andy Palmer described on Twitter as "unfathomable".

Howarth told Motorsport.com: "We delivered well all the way up to the start of the race, then we got a variable. We have to really analyse the outcome of that variable and see what that did to us, but we come here to race to win – not just to drive around.

"We had some incidents, fortunately Marco is ok, the drivers were pushing as hard as they could, they had to try and make up the deficit. So it’s not the outcome we wanted.

"After the pole, the whole team felt confident we could fight for a win or a podium. When a grid is so close, the slightest variable is a disadvantage, and you can’t afford that. Simple as that." 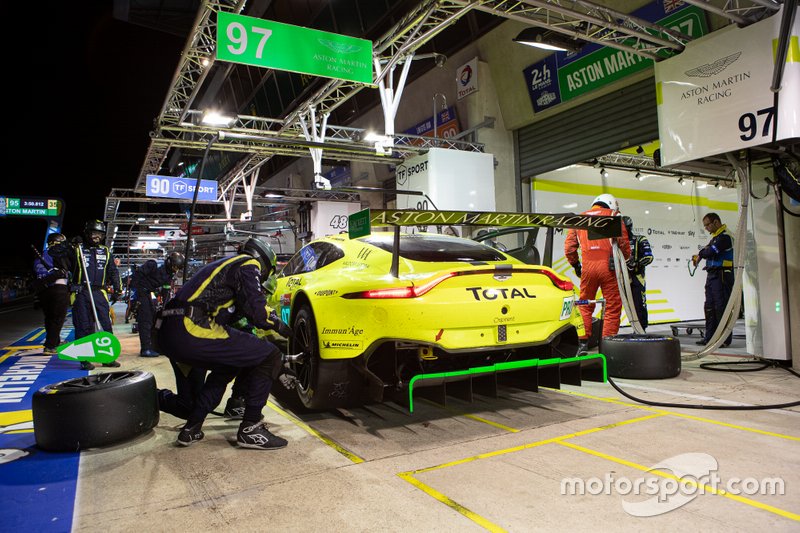 Both Vantages had faded from contention by the time they were involved in incidents in the night.

Sorensen suffered a high-speed crash at Indianapolis, ending the #95 car's race on the spot, prior to which Alex Lynn had an off at the Porsche Curves - after being tagged by an LMP2 car - that required a long trip to the garage for the sister #97 car.

The #97 ultimately recovered to finish 13th in class, 17 laps down on the winning Ferrari.

Post-race, Aston put out a statement saying Sorensen had sustained "a minor concussion as well as a small foot injury in the crash", and that he will therefore sit out this weekend's British GT race at Donington Park he was due to contest with the Beechdean team.

The Dane however is expected to be back to fitness for next month's Barcelona FIA World Endurance Championship Prologue test.

BMW also suffered a Le Mans to forget in what was the final WEC outing for the two MTEK-run M8 GTEs.

Its top finisher was the #82 machine shared by Augusto Farfus, Antonio Felix da Costa and Jesse Krohn in 11th, seven laps down, a result that followed a pre-test day BoP change that forced the M8s to run with an extra 9kg and reduced turbo boost.

"I do motorsport because I wake up in the morning to win races, or at least to fight for that," Farfus told Motorsport.com. "I don’t mind losing a race with a fair chance, but today we just did not have it.

"We all showed what we had in qualifying. In qualifying we were a second slower, in the race we were 1.5s slower. It is a shame."

Asked if he knew even before the test day that BMW stood little chance, the Brazilian replied: "We knew already it was a big chunk of laptime.

"People say 9kg is not much, but the track is 13km, with long straights, braking zones, acceleration zones, so we knew once we did the simulation that it would be extremely difficult." 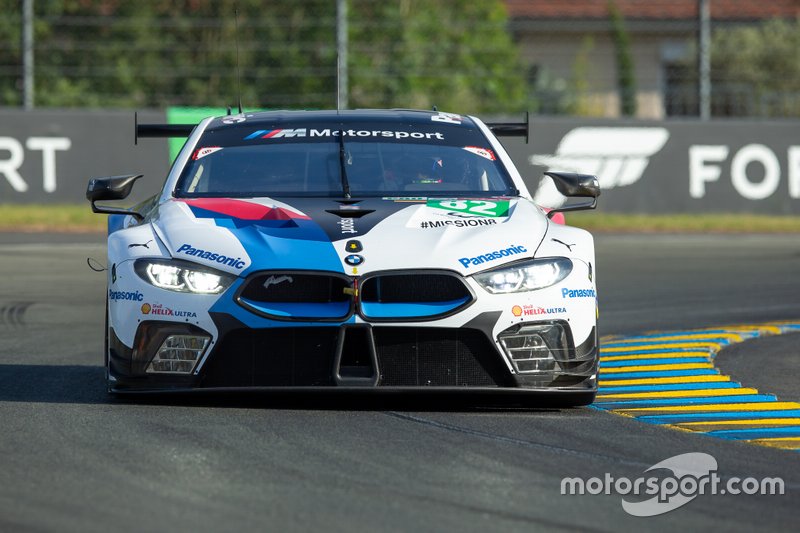 BMW leaving WEC after one season would be "a shame"