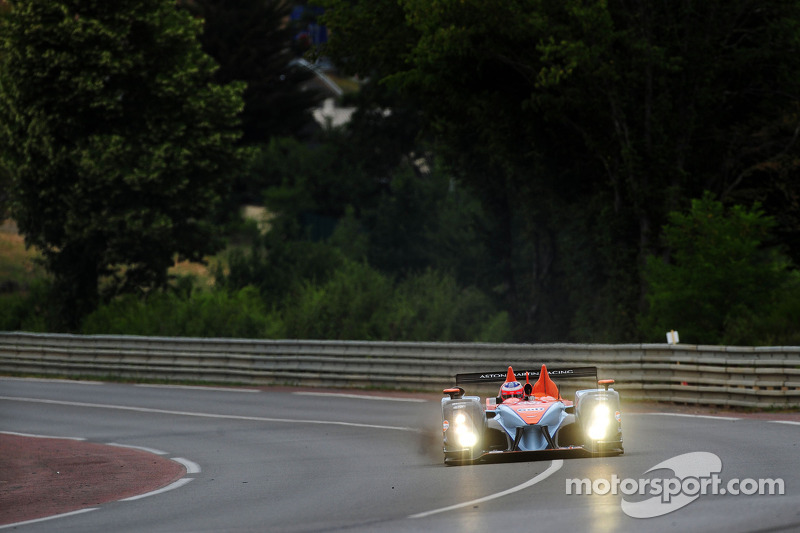 La Sarthe, June 2011. The Aston Martin Racing crew worked hard to get the 007 AMR-One, shared by Darren Turner (GB), Stefan Mücke (D) and Christian Klien (AUT), back into the race after its earlier water-pump pulley drivetrain problem. With the pulley replaced, Stefan was sent out to start his first stint in the race. Unfortunately, he returned to the pits after one lap – damage sustained in the earlier incident proving to be terminal. The car was then officially withdrawn. 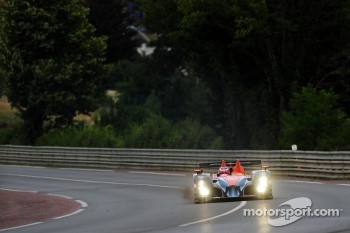 Aston Martin Racing’s customer teams have become the main focus of attention in the race. The Kronos Racing/MarcVDS LMP1 Aston Martin DBR1-2 is continuing to work its way back up the order after a wheel problem earlier in the race. All three Belgian drivers – Vanina Ickx, Maxime Martin and Bas Leinders – have had a turn at the wheel, with lady racer Vanina back in the car and running in 12th place overall.

In GTE-Pro, Jota Sport was running well with its V8 Vantage, shared by Brits Sam Hancock, Chris Buncombe and Simon Dolan. Sadly, an engine failure during the seventh hour of the race put paid to its ambitions to challenge for class honours this year.

The GTE-Am class V8 Vantage of Gulf AMR Middle East spent much of the fifth and sixth hour of the race in the lead of the class, before dropping back during the pitstop and driver-change cycles. It remains in a competitive position as darkness began to fall on the Circuit de la Sarthe.

Team Principal, George Howard-Chappell said: “I am really disappointed for the team and the fans of the Aston Martin brand as they came here to see a good race and we didn’t provide one.

“A lot of people have been working very, very hard to create a good show, but it would have been easy, with the problems we have had developing the car, to quit and not turn up, but we decided to give it our best shot.

“Indications from the Thursday practice showed we could have done reasonably well. We tried to do better than that and in trying to solve a small problem we created a bigger one. But that is motor racing and we’ll carry on.”