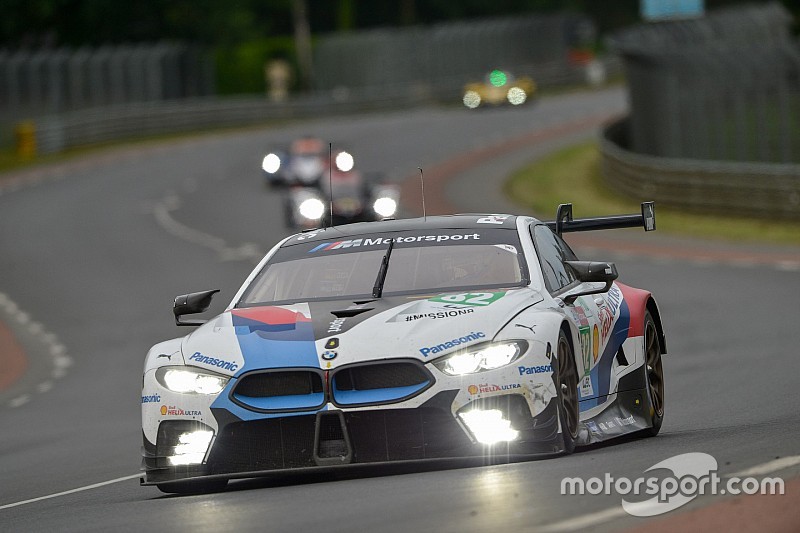 BMW says it is “difficult to understand” why it was not helped in the latest GTE Pro Balance of Performance for the Le Mans 24 Hours.

Race organisers released a new BoP for the 17-strong GTE Pro category on Tuesday, based on data from the test day earlier this month.

The Aston Martin Vantage GTE, which was nearly five seconds off the pace, was handed a power boost and extra fuel, while BMW’s M8 GTE was also handed a minor power increase after ending up around 1.5s slower than the pace-setting Porsche 911 RSR.

However, BMW was also hit with a weight increase of 13kg, which according to MTEK boss Ernst Knoors will negate the effect of its change in boost ratios.

“We would have liked to see something different,” Knoors told Motorsport.com. “We get a little bit more horsepower, but we’re also 13kg heavier, which balances each other out.

“We don’t think that’s going to make a big difference. The aim is to level the playing field, so it’s difficult to understand how this has been calculated.”

BMW driver Nicky Catsburg, who set the German marque’s best laptime during the test day in the #81 M8, described the new BoP as a “bit of a blow” for its hopes.

“With a new car there’s always room for progression, but unfortunately BoP is an important component,” Catsburg told Motorsport.com.” I don’t think we can be very happy with it.

“[The new BoP] is a bit of a blow. I really hope something will change so we can compete. I’m not saying we can’t compete now, but it’s going to be a lot harder.”

Aston Martin team principal Paul Howarth described the changes as a “good step” for his team but was cautious on whether it would help bridge the 5s deficit it faced in the test day.

Porsche GT boss Pascal Zurlinden told Motorsport.com that he estimates that the BoP changes would be worth “about 1.2 seconds” for the Aston Martin.

He added that the changes to the Ford GT would prove to be neutral, after the American brand was given a small power reduction and a 13kg weight break.

Porsche was the only one of the six cars racing in GTE Pro not to be affected by the latest BoP changes, as Corvette’s C7.R was given a 10kg weight increase and the Ferrari 488 GTE Evo was given a power boost in line with that given to BMW.