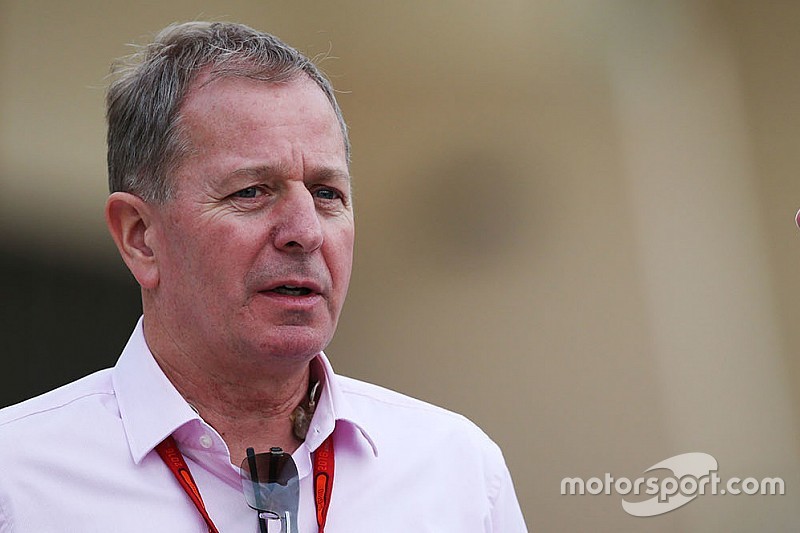 Former F1 driver Martin Brundle will compete in the first ever Le Mans LMP3 race, which is being held as a support event to the Le Mans 24 Hours.

The British driver will race the United Autosports car in a one-hour race to be held on Saturday, June 18, a few hours before the start of the French endurance classic.

"This golden opportunity allows me to drive the full Le Mans circuit again in a Prototype racecar," said Brundle upon the announcement.

"It's always such a pleasure and privilege to drive that magnificent circuit, so I grabbed the opportunity to rejoin United Autosports, after our last successful adventure in the 2011 Daytona 24 hours.

"And along with our longstanding sponsor Richard Mille, to once again race a Ligier. At 57 years of age I consider this a wonderful and unexpected bonus," the Sky Sports F1 commentator added.

Brundle co-incidentally will drive the same Ligier JS P3 chassis which his son Alex drives in the European Le Mans Series, and will be joined by Christian England in the race.

"He has shown great faith in the team by entrusting his son Alex with us in the ultra-competitive LMP3 category of the ELMS this year.

"Martin is the ultimate professional and a former outright Le Mans 24 Hours winner so will bring with him a lot of expertise and experience to our LMP3 team," he added.

"This experience will help not only his teammate Christian England but the whole team too as we look to continue to improve in every aspect of our organisation."

The 1990 Le Mans winner last raced in the main event in 2012, with Greaves Motorsport in the LMP2 category, finishing eighth in class.