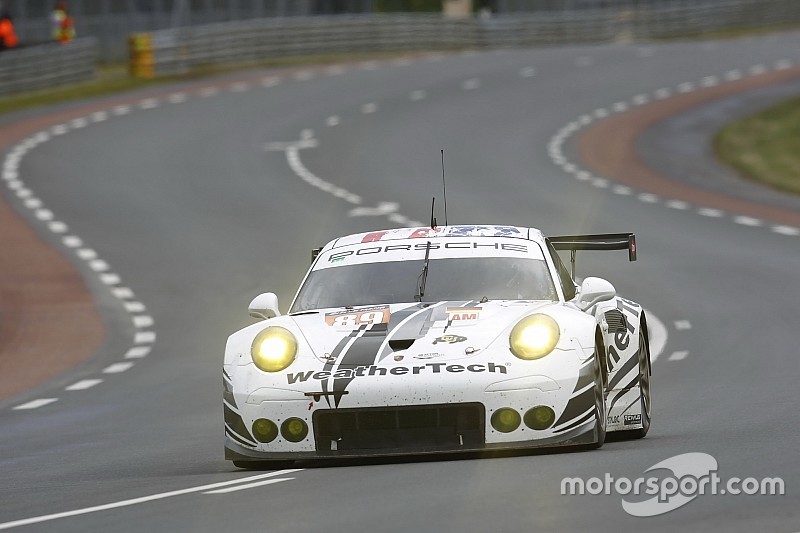 Cooper MacNeil, driver of the #89 WeatherTech Proton Competition Porsche 911 RSR, will not race with teammates Leh Keen and Marc Miller this weekend after being taken ill.

MacNeil has not been cleared by doctors to race after contracting a fever and stomach problems overnight.

The #89 Porsche will therefore race with just Keen and Miller in the cockpit, after a last minute switch to reserve driver Gunnar Jeanette was denied by the ACO.

Jeanette had initially thought to have been drafted in to the #89 Proton Competition Porsche 911 RSR on race day morning after MacNeil’s illness came to light.

However, the ACO would not clear Jeanette to join the team, despite the American having driven for the team at the test day.

The Proton run car qualified 50th overall and 10th in the GTE Am class.

The drama mirrors the 2014 race, when the Prospeed Competition-run car that MacNeil drove in was reduced to two drivers – MacNeil and Jeroen Bleekemolen – after Bret Curtis was ruled out because of a practice accident.

The pair went on to finish fifth overall in the GTE Pro class.