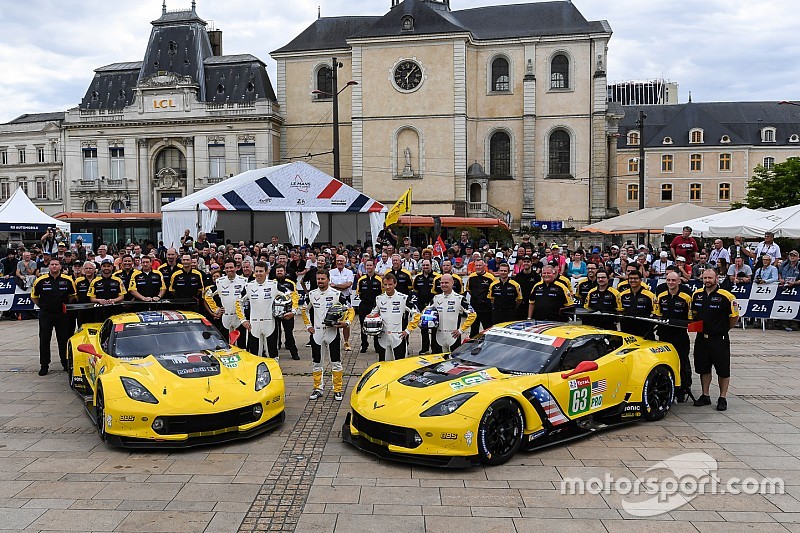 This weekend, Corvette celebrates its 20th consecutive start at the Le Mans 24 Hours. There would be no greater birthday present for the American manufacturer than a ninth class win at La Sarthe, but the team is just as proud of its enduring legacy as it is of its past success.

Corvette first came to Le Mans in 2000 with a pair of C5-Rs as part of a works program run by Pratt and Miller. It only took two attempts to take a first class win in the 2001 edition with Ron Fellows, Johnny O’Connell and Scott Pruett. But by that time it had already captured the hearts of the passionate Le Mans fans.

"We worked on that,” Corvette Racing program manager Doug Fehan told Motorsport.com ahead of the 87th running of the event. "We knew when we came over that this was going to be a challenge: a foreign country, you’re new, there are questions, but we started right away.

"We had our cowboy hats on at the first day of scrutineering because we knew the French culture really embraced westerns and cowboy movies. The people truly loved that, and that’s where it all began.

"Rather than cordon off our cars so people couldn’t get close, we took down those barriers, put small kids in the car, and let their dads take pictures of them. Those were the kinds of things we enjoyed doing and that’s why the people of Le Mans have come to embrace us.

“Our first win here in 2001 was probably the most emotional event of my life. That was an incredible time." 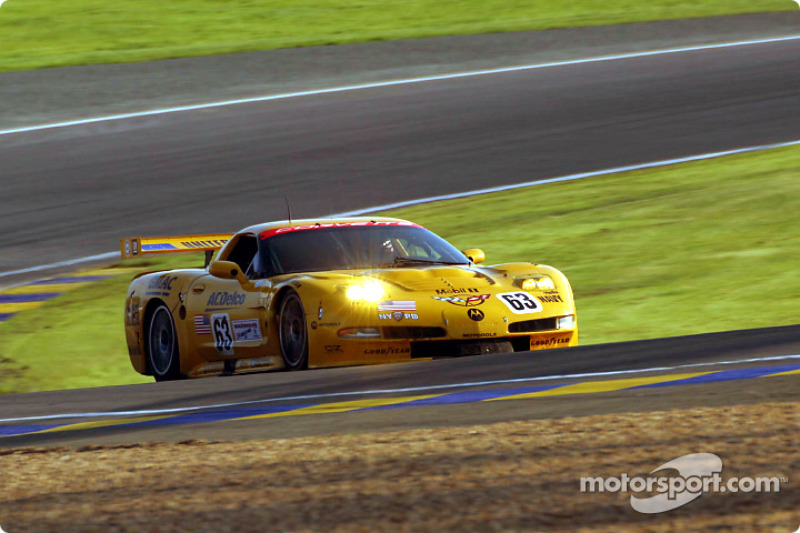 As one of the founding fathers of Corvette’s Le Mans assault, Fehan remains an instrumental figure within the team. Despite bringing on the next generation of engineering talent, his influence is still felt in every area of the squad.

If there’s one aspect that stands out in Corvette’s approach, it’s not just the longevity of the GT programme itself but also that of the people behind it. Most major figures within the team have been there for over a decade, including drivers Oliver Gavin and Jan Magnussen, who are gearing up for their 18th and 16th Le Mans appearances with Corvette respectively.

“It’s a real family atmosphere and all the groundwork was laid by the likes of Doug Fehan, Gary Pratt, Doug Louth,” Gavin explained. "That baton has been picked up by people like [team manager] Ben Johnson coming into the team.”

Magnussen added: "They take care of their people. They give them all the opportunities they need to be at their best and shine. If they have problems, they work them out and find a solution. They don’t give up on race weekends and they never give up on people.

"The people involved have been there for a long time and know exactly what’s expected of them. There are very few surprises. That is one of the main reasons for all our success." 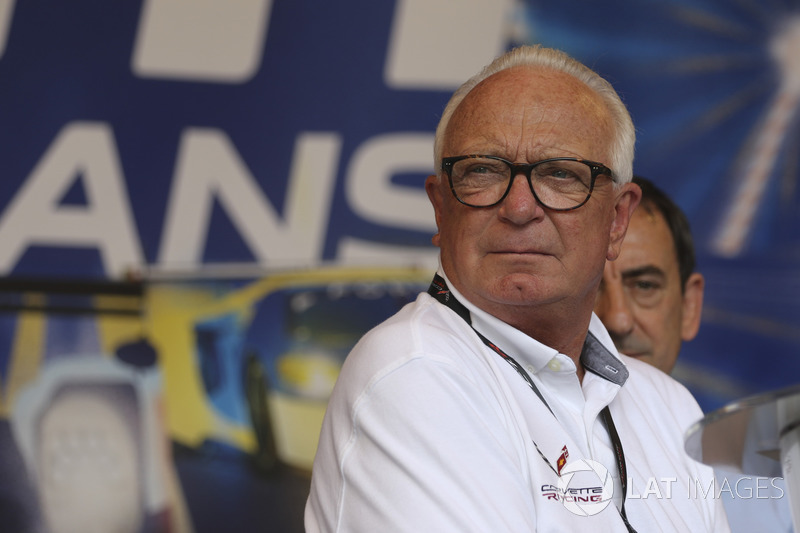 Still, Fehan never expected Corvette to endure until this day. He takes just as much pride in the program’s unprecedented longevity as in its nine Le Mans class wins.

"That’s exactly right. It’s beyond any dreams I had. Historically, GM programs only lasted year by year, and if it went for two or three years that was a long time. I had envisioned something more than that for Corvette when we started, maybe five years.

"I had never thought in my wildest dreams that it would be 20. There’s no real sign of it ending, so I couldn’t be more pleased.

“I experienced times in my career in motorsports where that continuity didn’t exist – where it was different crew chiefs, different engineers, different drivers every year and that really limits your ability to succeed.

"Obviously the success we achieved would be something that would be very difficult to walk away from. We embedded ourselves inside the company on many different levels. It’s a very good business and marketing venture and we've been able to enjoy the racing along the way." 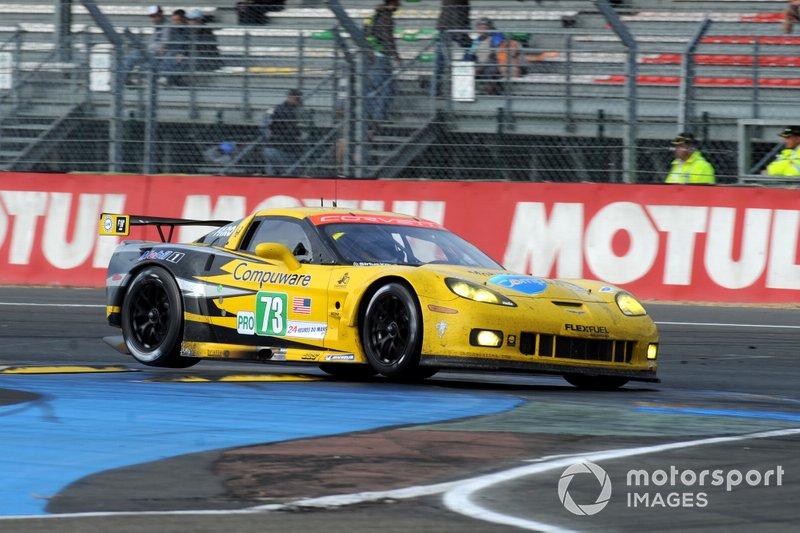 Gavin was drafted in for the 2002 season after impressing Fehan while racing for Saleen and he has since helped the team to five of Corvette’s eight Le Mans wins. The 46-year-old Briton thinks the success at the Circuit de la Sarthe has transformed the brand’s image, particularly in Europe.

"My image of Corvette coming here, they were a big brand with their big rumbling V8. It was a classic American muscle car. They worked very hard to try and get over some of that stigma that was attached to it, that it was almost like a dragster; great off the lights but couldn’t go around a corner.

"I think we’ve well and truly put that to bed. Now the Corvette C7.R is a phenomenal sportscar and it can take the fight to any other manufacturer out there. We’ve proven that here with eight victories in 19 years. It’s quite an amazing strike rate.”

Team manager Ben Johnson, who started as an engineer for Pratt and Miller, is part of the next generation ready to carry the torch into Corvette Racing’s third decade.

"Pratt and Miller was my first job out of school,” he said. “I’ve now been with the company for 11 years and I’ve been with the race team since 2015. It’s been pretty cool to come into a program that’s so well established and to be able to put my stamp on it a bit and help where I can.

“You've got to be careful coming in that you really respect all the experience and knowledge and success that everyone has had in the team. Certainly when I joined it wasn't that the team needed a miracle fix. It was more filling a role and trying to benefit the team just as much as anyone else.

"There’s an understanding about how things work and you want to make sure you preserve that. Having Doug still there to be that resource and bounce ideas off is important.” 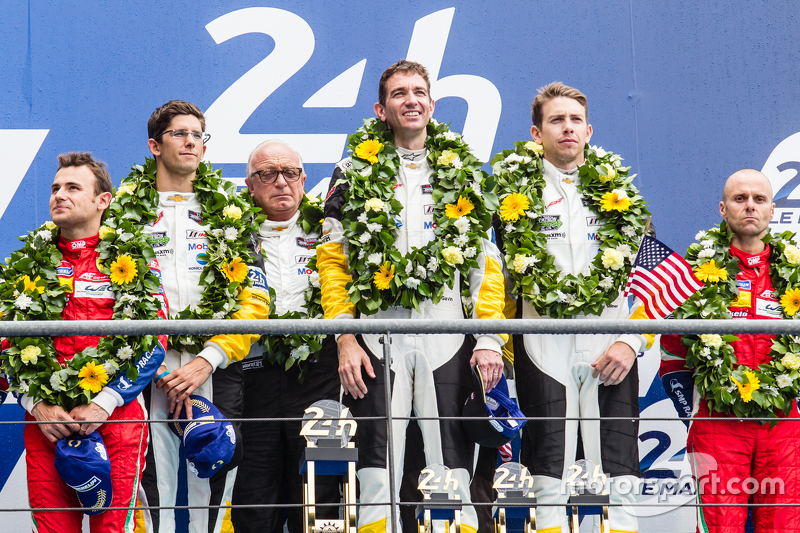 The 2019 edition of the Le Mans heralds the end of a golden era for GT racing as Ford and BMW leave the FIA World Endurance Championship after this weekend. The GTE Pro battle is shaping up to be one of the hardest-fought races in history, with 17 closely matched cars from six manufacturers fighting for the class win.

With a new mid-engined Corvette C8 on the horizon, the race is also likely to prove the Le Mans swansong for the ageing C7.R. The car, which debuted in 2014, is the oldest on the GTE Pro grid, but a mature platform also has its advantages.

"We know it inside out, we know what the strengths and weaknesses are,” Gavin commented. "It’s ultimately a car that’s not creating the most downforce, but we know we’ve got the package pretty well maximized. If we can get the car locked into the zone and working well, I'm sure we’ll be there at the end.

"We know that we’ve got some exceptionally strong competition. With the strength in depth this has been a 24-hour sprint race for a number of years. If you have one little slip-up, whether it’s in the pitlane or on track, chances are you’re not going to win."

Fehan concluded: “The wins never lose importance but this will be the battle of the decade. You only have to look at 2017 when we came within a lap and a half of capturing our ninth victory. After 24 hours you had three cars in a dogfight.

"Who knows how many we could have this year? I think it’s going to be an epic battle." 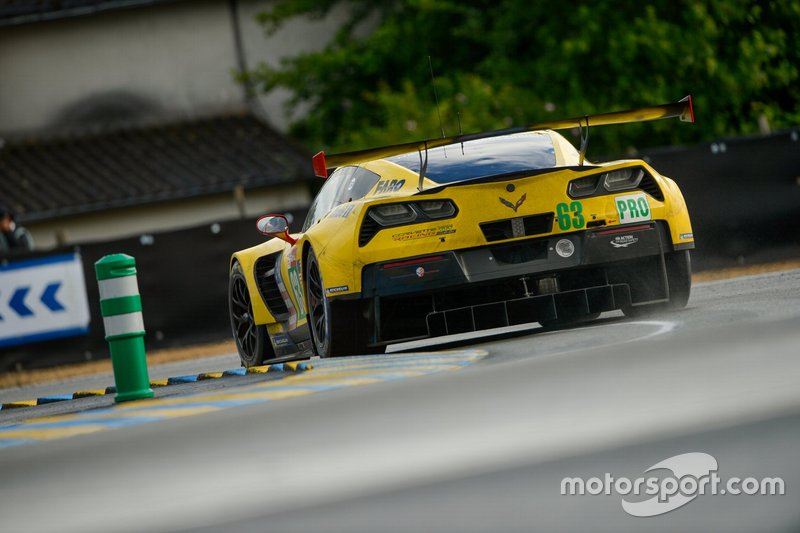