Dallara LMP2 "too fast on the straights", says Barrichello 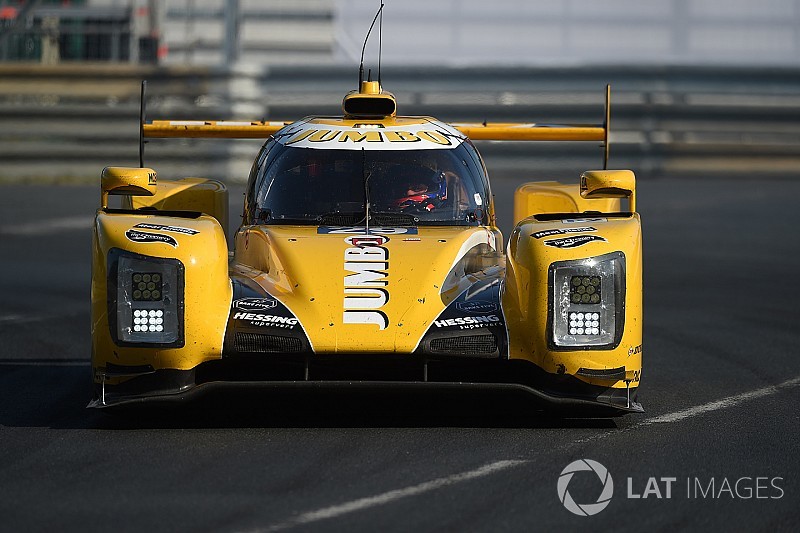 Rubens Barrichello claims a lack of downforce of the Dallara LMP2 car is to blame for the Italian marque's considerable Le Mans pace deficit to Oreca.

That form continued in Wednesday night's opening qualifying session, when Oreca cars locked out of the top 12 places, with the #29 Racing Team Nederland Dallara of Barrichello, Jan Lammers and Frits van Eerd ending up best of the rest in 13th, over four seconds off the pace.

Dallara's extremely-low downforce kit allowed its cars to achieve the highest overall top speeds in the test, when Barrichello reached 340 km/h along the Mulsanne straight.

But with teams unable to modify their existing homologated aero kits, Racing Team Nederland was mixing and matching its low and high downforce kits during during Wednesday's practice session.

"It's Dallara's first LMP2 car and they had to estimate the downforce levels on their low downforce kit," Lammers told Motorsport.com.

"We can take the high downforce nose and make a couple of modifications, removing a couple of fins. We can also play with dampers and the car's ride height."

The team formed by Dutch supermarket tycoon van Eerd signed ex-Formula 1 star Barrichello to boost its chances, with the Brazilian expressing his surprise at the car's top speed.

"When I drove for the first time I thought we either had very low downforce or we had superpowers because we were doing 340 [km/h]," the 45-year-old Brazilian told reporters.

"I don't think I was doing that in my last year of F1.

"The whole week I've been talking to Dallara, why we're not competitive. It was a big gap, more than three seconds. The car was actually well balanced. There's nothing bad.

"We were just a little too fast on the straights and not as fast in the corners. There is a rule and they have packages and things they have to follow. We'll try a mix of combinations to see if that makes it better."

Barrichello added: "My target is to make the car is competitive as possible. We had 13 Orecas in front of us [during the test day]. The target is to at least qualify in the middle of them."

Where are Indians racing this weekend (June 16-18)