The former Toyota LMP1 driver, sharing the #31 Oreca 07 with fellow ex-Formula 1 racer Pastor Maldonado and Roberto Gonzalez, says the American outfit has no choice but to gun for class victory given the ground it needs to make up in the championship.

Trailing the Signatech Alpine squad by 26 points with 39 to play for at Le Mans, DragonSpeed has only an outside shot at title honours. It needs the Signatech car to finish no higher than sixth and the second-placed #38 Jackie Chan DC Racing to place fifth or worse, assuming neither car scores pole.

“There’s a slim chance [of winning the title] but the car’s been good here in testing,” Davidson told Motorsport.com. “We feel confident, Roberto is fast as well, right there within a few tenths of Pastor and myself.

“Everyone will want to go for the victory here, and they are two teams that have a good chance to win, the race itself counts for so many points you need to have a good one here.

“If push came to shove it would be an easy decision for us to make, we have to win. [For the other teams] it’s a difficult race to give up and consolidate second or third even if it gives them the championship. But for us the mission is simple – it’s all-out for victory.”

Davidson finds himself in the unusual position of gunning for the title on behalf on teammates Gonzalez and Maldonado, but without having a chance to win it himself.

This is because he missed the opening two rounds of the 2018/19 season, including last year’s Le Mans 24 Hours, to prioritise his commitments as Toyota’s LMP1 reserve driver. Current Rebellion LMP1 driver Nathanael Berthon took his place for those races.

“There’s a responsibility there from my side,” admitted Davidson. “I’m just going to do my thing, drive a professional drive and hopefully be fast enough to be there at the end to stand on the top step of the podium.”

The former Super Aguri F1 racer also believes the LMP2 contest to be the tightest on the grid, given most of the front-running teams are using the benchmark Oreca 07.

“Qualifying has never been important for this race, but I believe in LMP2 now because it’s so close you need to start somewhere near the sharp end,” Davidson said.

“There are so many cars that are so evenly-matched. I love that about this class. In terms of pure racing it’s got to be the best category because you’re often fighting someone with the same car, with the same engine, and there’s a limited amount of options set-up-wise.

“More often it’s down to the driver than the car. It’s a great category for that.

“Balance of Performance affects the racing [in GTE] – sometimes it works and the racing is super-close, but more often than not it doesn’t allow drivers to battle it out on an even footing. LMP2 does, and as a driver you really enjoy that challenge.” 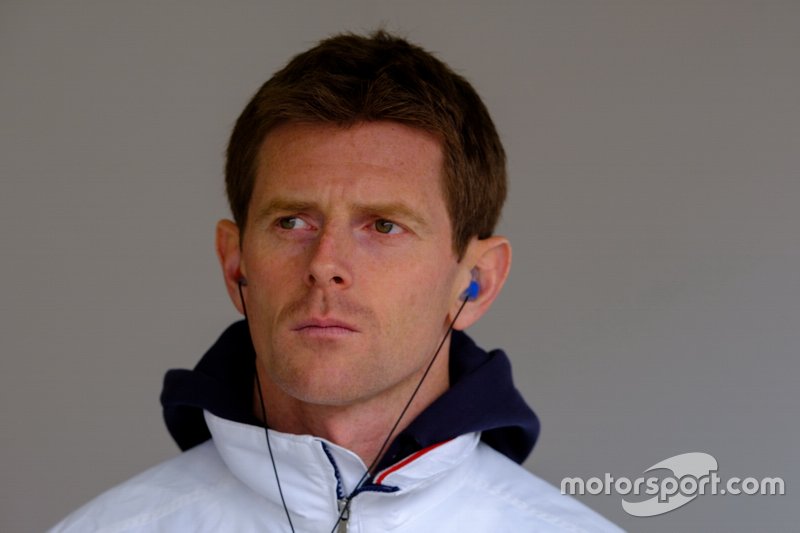 Aston Martin "back in the game" after tough 2018