The crew of the #7 Toyota TS050 Hybrid that dominated last weekend's Le Mans 24 Hours before losing victory with an hour to go reverted to its 2018 set-up before the race. 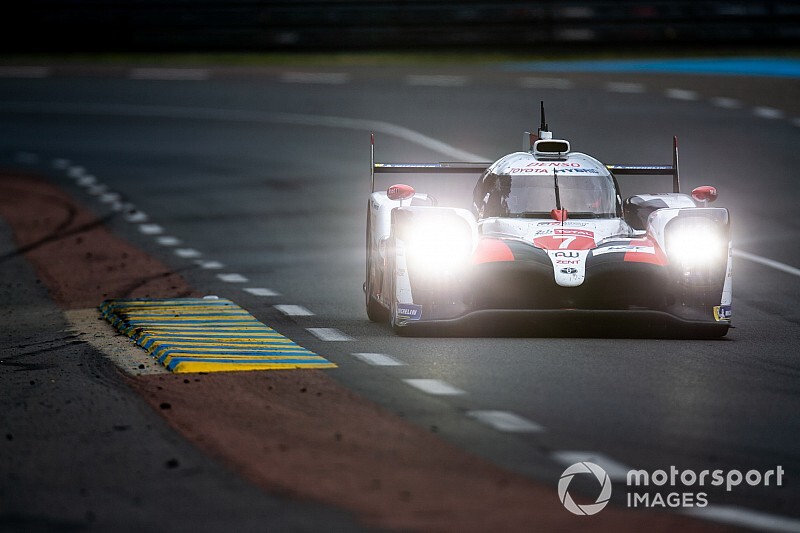 Mike Conway, Kamui Kobayashi and Jose Maria Lopez opted to make the change because they were dissatisfied with the balance of the pole-winning car in race trim during the final qualifying sessions on Thursday.

"We weren't 100 percent happy with the balance of the car basically," said Conway. "We wanted to tweak it a little bit, but instead took something that we knew was proven.

"It was a known proposition even though the tyres have changed a little bit [since last year]."

Conway explained that the change was "more about having a well-balanced car" than outright pace, and the #7 crew tried the new set-up in the warm-up on the morning of the race.

He added: "It wasn't night and day, but everyone was happy and we said that we'd stick with it."

Conway said that he was surprised that he was able to pull away from the sister car started by Sebastien Buemi at the beginning of the race.

The gap between the two Toyotas narrowed during the race as Buemi and teammates Fernando Alonso and Kazuki Nakajima made changes to their TS050.

"They were trying to tune their car in a little bit more and ours got a little bit more difficult to drive as the night went on and then today," said Conway, who stressed that he and his teammates still had a car that "was fast enough to pull away when we had to".

Buemi revealed that he and Alonso and Nakajima were never entirely happy with their car in the race.

"At the end of second qualifying on Thursday, we felt very quick," said Buemi. "But from Q3 on, we were never there and we were never able to explain it."

The #8 Toyota with Nakajima at the wheel was two minutes behind #7 with an hour to go when race leader Lopez sustained a puncture. The car's system of tyre pressure sensors indicated a right-front puncture, when in fact it was the left-rear.

Only the right-front was changed, which meant he had to come straight back to the pits when it became clear that the deflating tyre was at the back of the car. The final margin between the two Toyotas was 16.9s. 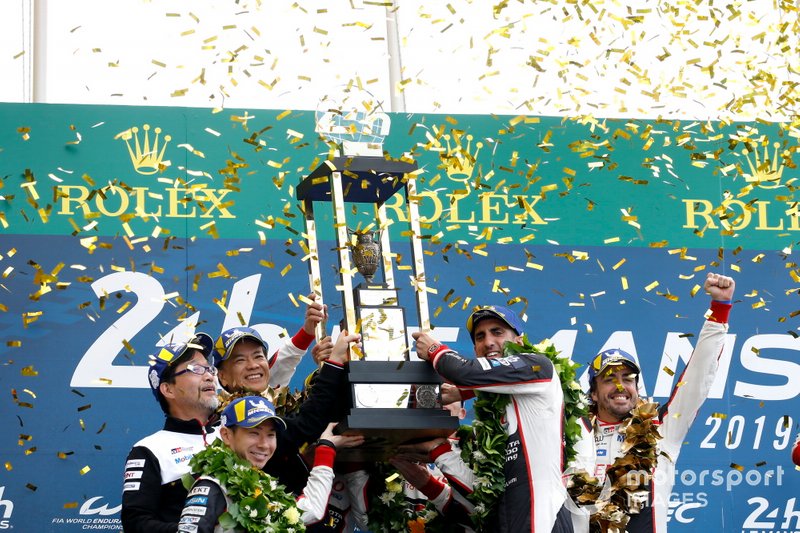