Driver nutrition: The most important aspect of Le Mans? 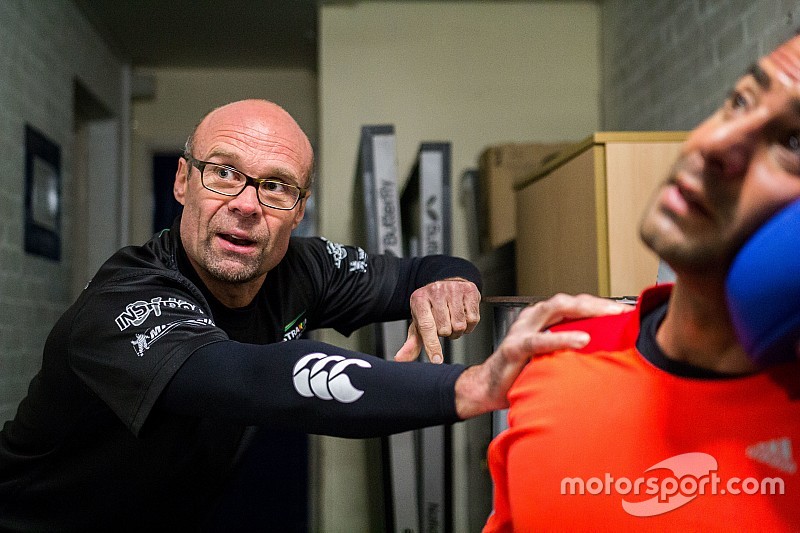 Strakka Racing's Human Performance Manager discusses the importance of driver nutrition is this 24 hour test of man and machine.

What is the most important component in any given entry that competes at Le Mans? The chassis? The drivetrain? Dampers? The highly honed and sculpted aerodynamic bodywork?

It is Wild’s job to ensure that Strakka’s star drivers - Jonny Kane, Nick Leventis and Danny Watts are in tip top condition for the significant demands of Le Mans week. It doesn’t stop there either for Wild, as he also has one eye on each of the Strakka Racing personnel to ensure that what they eat and drink benefits their individual performances throughout the ultimate endurance test – the Le Mans 24 Hours.

“My job is to make sure the drivers don’t even need to think about when to eat and rehydrate,” says Wild. “I work closely with the Team Manager (Dan Walmsley) to ensure that everything is timed correctly and that I get access to the drivers at the correct times and manage their needs. As ever, in racing, the timing is vital and never more so in getting the physiological preparation spot on.”

“Carbohydrates are crucial and especially at breakfast as the liver needs a good level of it because it only retains enough as a reserve for the brain; the rest goes to the muscles. So the amount of carbs you have before driving is really essential. Pasta, rice and noodles are really what we work with. Jonny (Kane) for instance will often have some scrambled egg, a bit of toast and some beans which are a great energy source.”

Wild started his ‘racing career’ with former F1 champion and current McLaren-Honda racer Jenson Button, when the then relatively unknown F3 driver was making his way up the single-seater ladder. Since then he has trained and looked after the well-being of hundreds of racing drivers and many of the protagonists limbering up for the 83rd Le Mans 24 Hours next weekend.

“If the drivers are doing double or triple stints in the car I make sure they start hydrating as soon as possible,” continues Wild. “I use special electrolytes (mineral and chemical elements that muscle requires to work properly). If you sweat profusely during a stint you don’t just put water back in the body because this ends up with an imbalance. Muscle needs potassium and sodium to function properly, so I make sure the drivers have this at their disposal.”

When it comes to favourite ‘chow-downs’ at Le Mans, the drivers have an eclectic taste which on paper should frustrate Wild!

“Danny’s vice is undoubtedly fish-finger sandwiches,” Wild reveals about Strakka’s star driver - Danny Watts. “If he’s good and it is the end of a long stint we have a giggle and offer over the pit to car radio the reward of his favourite – a fish-finger sandwich!”

Nick Leventis doesn’t escape the revelatory banter either: “Nick’s weakness is ‘peanut-butter and banana sandwiches’,” continues Wild. “Actually this is a big energy hit, and to be honest if there is plenty of time to digest it then once in a while it is ok with me. I’m not strict to the point of alienating the drivers. Once race week is out of the way I don’t care so much what the drivers have for breakfast within reason.”

If there are still people who underestimate the value of having a Human Performance manager in an endurance team, then consider Wild’s own summary of the impressive work he orchestrates around the clock.

“I can’t do anything about the engineering, the tyres or the luck that transpires and goes for or against you at Le Mans,” says Wild. “But what I can do is make sure that when the driver gets in the car they are warmed up, have good energy and are ready to perform at the best of their abilities. Then we do all over again with the driver that has just got out of the cockpit. It is a big rolling process and just goes over and over until we hopefully take the chequered flag.

“You wouldn’t dream of going to Le Mans without a tyre technician or an engine specialist and these days all of the top teams have someone looking after the people who are ultimately in charge of all those constituent parts in the cockpit.”

The amount of coffee that is consumed at Le Mans could probably fill the famous nearby ‘Bounty Lakes’. Yet in the pit garage it generally not on the menu, in vast quantities at least, for the drivers and crew.

“Caffeine is a central nervous system stimulant and it will help your reaction time but it has limitations on how much you can take in terms of legality but that would have to be a substantial amount to fail a test,” says Wild. “The real issue with it, is that it is a diuretic and it ultimately takes fluid out of the body which is a ‘no, no’. Having said that, a double espresso with a tiny bit of sugar in it, say thirty minutes before qualifying, then I don’t see that as a real issue and it will be a benefit.”

However, the best hydration for the drivers comes in the unlikely form of coconut-water!

“Coconut-water is the best hydration liquid apart from saline solution that you can have,” states Wild. “It has a little bit of carbohydrate and a huge amount of mineral content which is similar to what you already have in your blood. It is a wonderful natural electrolyte solution and we have it in big dispensers in the pit garage.”

Let us hope that come 3pm on Sunday 13th June Nick Leventis and Danny Watts can wash their Peanut Butter and Fish Finger sandwiches down with some champagne, as well as coconut-water! We are sure that Stewart would turn a (temporary) blind eye!