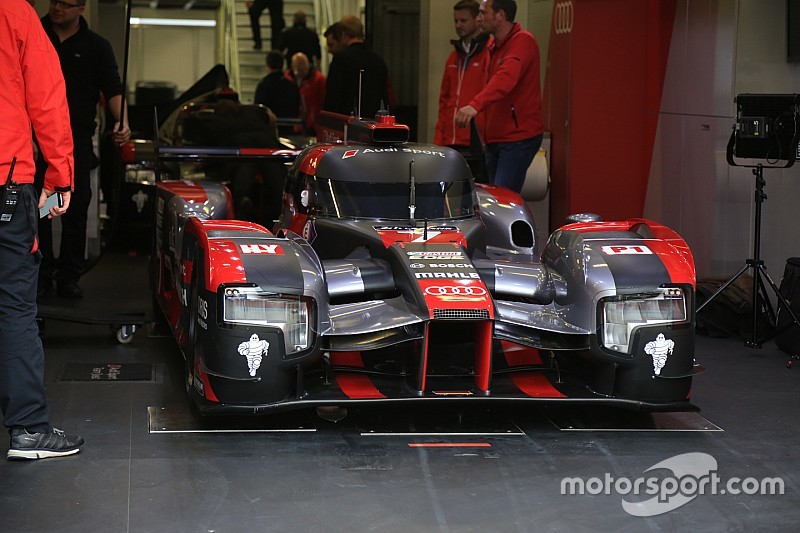 Audi FIA World Endurance Championship star Loic Duval believes the Joest-run R18 squad will have a better “chance to deliver” at the 24 Hours of Le Mans than the last round at Spa – where he won in its #8 car.

Duval, along with Lucas di Grassi and Oliver Jarvis, won the Six Hours of Spa last month despite lacking pace in relation to its factory LMP1 rivals – who all suffered reliability issues.

Audi has won both races in the WEC so far this year on the road, but lost its Silverstone win with the #7 car due to a technical irregularity.

When asked about his chances at Le Mans, Duval told Motorsport.com: “Not too bad.

“After Spa, we did an endurance simulation,” he explained. “Last week, I was in Germany, we had a roll out with the car that has been prepared for the tests. I spent some time in the simulator, too.

“It looks rather good. We're quite optimistic about our chances to deliver here, which we were at Silverstone too, less so at Spa, but we know why.”

Speaking ahead of Sunday’s Test Day, Duval admitted there was still many parameters to try ahead of the twice-around-the-clock race later this month.

“Let's hope for the weather to be on our side to try and evaluate as many things as possible,” he said. “We're going to share the workload, as we have a couple of things to go through. We're going to try out different things on each car.

“Having nice weather could be good in order to have direct comparisons and test many things. What we test on one car, if we give it the green light, the other car needs to give the green light too, we want to be sure as the track will evolve.”

On the subject of Audi and Porsche dropping to two cars as opposed to its traditional three, Duval added: “We'll have a bit less data, but the workbase remains about the same.

“What we're doing on two cars, we'd have done it roughly the same way with three of them. For sure, if there's an issue with one car, it's a lack of data; if it's dry in the morning only, we'd have more data with three cars.”

Webber on Le Mans chances: “We have form, pace and trust ourselves”