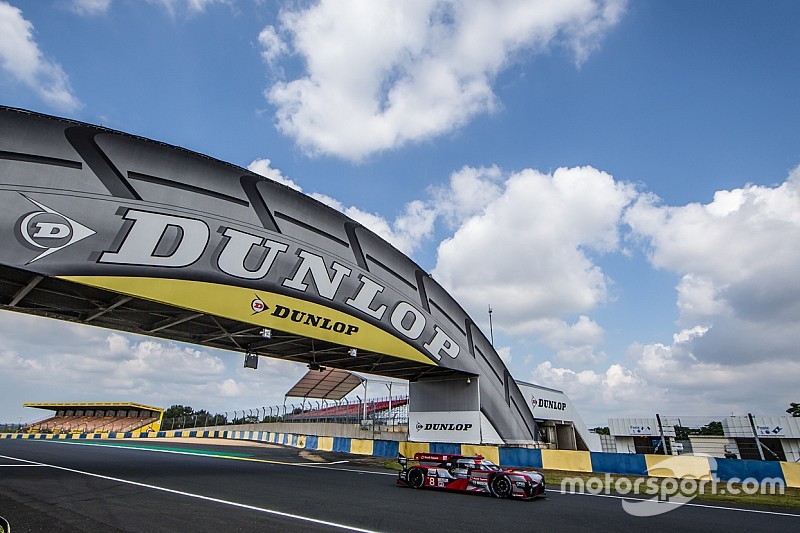 Audi LMP1 star Loic Duval believes there is a delicate compromise between track safety at Le Mans and reducing the challenge of the legendary Circuit de la Sarthe.

Duval, who suffered a huge crash at the final right hander of the Porsche Curves in 2014 during which his Audi R18 e-tron quattro slammed into debris fencing, was forced to miss the race after he sustained cuts to his shoulder and leg.

The 2013 winner, alongside Tom Kristensen and Allan McNish, believes there is a compromise to find in order to improve safety without losing the ‘punishment’ for the drivers who go off track.

Since his crash, the Porsche Curves have been modified twice to be safer, and again this year with a large gravel trap as well as a new SAFER barrier.

“I think, in terms of safety, what ACO and FIA generally do is great,” Duval told Motorsport.com. “There will always be updates to make. I had a crash, for sure, but I find it's a shame that generally – not so much this year – when the circuits are modified, they are completely altered.

“As a consequence, for drivers, it becomes easier and easier to be quick, as there is so much safety everywhere that they can afford things they couldn't afford in the past. And I think it's a real shame.”

As often on modern racetracks, the use of asphalt run-off is widely debated. According to Duval, this solution is not the best and shouldn't be used as often as it is.

“I like it that you don't get away with pushing too hard, and I also like it that to be quick, you need to start pushing hard and taking a few risks,” he said. “I think it's a shame that there's asphalt somewhat everywhere.

“What they have done in the Porsche Curves makes the track narrower because it's right next to the kerb. But I think it's a shame altering the circuits, even though the most important thing is everyone's safety.

“I don't know whether a compromise would be possible, but the priority is to make motorsport actually safe, and they're making it, which is ultra-positive.”

Asked about the Porsche Curves specifically, the Audi driver is very clear: “If I could choose, I'd like Le Mans to be like 15 years ago.”

Although Duval doesn't like large run-off areas, he views SAFER barriers as an interesting solution which could be the compromise advocated by many drivers.

“In this turn specifically, the second Karting left-hander, I think it's just fine,” he added. “It's not a place where there's asphalt everywhere and where you can afford to drive onto the other side of the kerb and come back on track with no issue.

“You really always lose time. However, when there's an impact, it's safe. I think it's very positive.”