Dyson Racing has accepted its two automatic entry invitations for this year's 80th running of the 24 Hours of Le Mans on June 16th and 17th. The team will be entering two new Lola B12/60 coupes in the storied French classic, powered by upgraded versions of the same AER-built Mazda engines that took the team to the American Le Mans Series championships in 2011. ALMS champions Chris Dyson and Guy Smith are confirmed as drivers, and the team will be assisted in its foray to the 24 Hours of Le Mans by European-based team Status Grand Prix.

It is the greatest endurance race in the world.

The team received its entries for winning the 2011 ALMS Championship and the Green X Challenge, two of the five ALMS titles the team won last year, including titles for Mazda and Dunlop tires. "Both my dad and I have raced at Le Mans and have always said we would go back with our team when we were able to run competitively with a proper program," said Chris Dyson, Vice President and Sporting Director of Dyson Racing. "This is a natural extension of the momentum from last year's winning season. Even with our long-term history in endurance racing, entering Le Mans propels our team to its next native level. It is the greatest endurance race in the world. All of our partners have been hugely supportive of this step and we look forward to having a strong run in the race."

The cars will be entered and engineered by Dyson Racing with UK-based Status GP providing additional technical and commercial support for the effort. Status GP won the A1GP World Cup of Motorsport in 2009 and has been a multiple race-winning and championship contending team in GP3 in 2010 and '11. The team's personnel have vast experience of competing at Le Mans and have helped customers secure top 10 finishes in the GT1 and LMP2 classes in 2006 and 2011.

"It is a privilege to work with Dyson Racing as they embark on a two car campaign at the 24 Hours of Le Mans," said Status GP founder Mark Gallagher. "We will assist them technically and commercially, and our goal is to help ensure that this legendary team enjoys a highly successful event with minimum disruption to the defense of their American Le Mans Series championship titles." 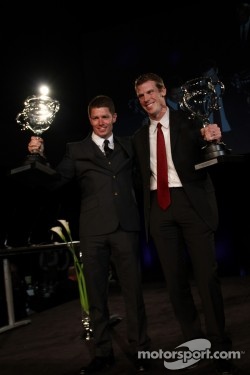 "We are very excited to join forces with Status Grand Prix, a mutual friend of Lola and a group that has proven to be of the top drawer in recent years," Dyson added. "Their key staff has decades of Le Mans experience and success, and partnering with them was an easy decision."

In coming weeks, Dyson Racing and Status Grand Prix will be working diligently together to finalize the program's commercial package and driver lineups. Announcements of these details will be forthcoming.

Lola, a long time Dyson Racing partner, won both the European-based Le Mans Series and American Le Mans Series LMP1 championships in 2011 and was the highest placed petrol-powered car in last year's 24 Hours of Le Mans. For 2012, Lola has taken another step forward with improved aerodynamics, efficient packaging and advancements in suspension technology for the B12/60 coupe, as it continues to build on its more than 50 years of winning history.

Martin Birrane, Executive Chairman of the Lola Group, expressed his pleasure at the announcement: "For a decade now, Lola and Dyson Racing have shared a successful partnership in the American Le Mans Series, culminating in last season's title triumph. Today's announcement is a significant one for Dyson as it will showcase their ultra- professional team at the greatest of races - the Le Mans 24 hours. The new look state-of- the-art Lola LMP1 car - the B12/60 - has been honed and developed in our on-site technical center over the last six months. It will incorporate the latest cutting edge technology in composite design, aerodynamics and future sustainable technologies. I am also delighted that Dyson Racing is teaming up with Status GP for the Le Mans 24 Hours. The combined force of both Dyson Racing and Status GP with Lola's renowned engineering support is sure to be a formidable one. I and everyone at the Lola factory are relishing the 80th Le Mans 24 Hours in June." 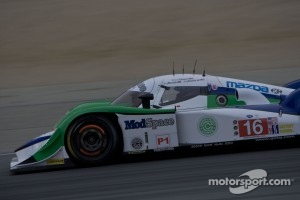 Chris Dyson first raced at Le Mans in 2004, finishing seventh, the highest-placed American that year. Guy Smith won the world famous race in 2003, and placed a close second the following year, missing the win by 40 seconds. On their way to the ALMS championships last year, Dyson and Smith placed first in ALMS points in the combined ALMS/ILMC 12 Hours of Sebring and the Petit Le Mans and never finished lower than second in the remaining seven races. They won the title by sixty-two points, adding to the team's tally of nineteen championships in a twenty-nine year history that spans some of the most competitive eras in prototype racing.

Rowland to see out GP2 season with Status