The Automobile Club de l'Ouest announced today that American entry Extreme Speed Motorsport has withdrawn their car from this year's 24 Hours of Le Mans. This grants a fifth AMR Vantage GTE a chance to race in the June classic endurance race, having occupied the first reserve spot when entries were revealed in February. 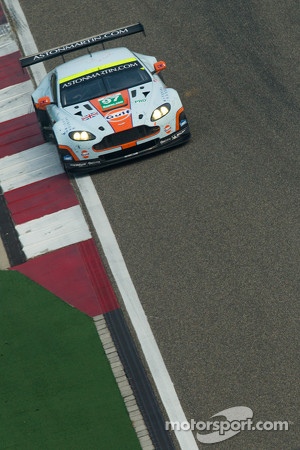 John Gaw, team principal, Aston Martin Racing comments: “We are delighted to have received the news of a fifth entry into the 90th edition of the 24 Hours of Le Mans. To have been named as first reserve was good news in itself and we kept our fingers crossed that it would be upgraded to a full entry. To have it confirmed so quickly is great news as it allows us extra preparation time."

Gaw continues: “The four Vantage GTEs competing in the FIA World Endurance Championship (the #97 and #99 Pro cars and the #95 and #96 Am cars) will now be joined in the 24 Hours of Le Mans by the #98 car. And, in a change from the original entry, the #98 will now compete in the Pro class instead of the Am class."

Aston Martin Racing takes the lead in terms of cars entered in GTE-Pro with three cars in the class compared to two Ferrari from AF Corse, two Corvettes from Corvette Racing, two Porsches from Manthey Racing, two Vipers from SRT and the lone JMW Motorsport Ferrari. The driving squad has yet to be announced, but Endurance-Info.com are reporting that drivers Dane Cameron, Paul Dalla Lana et Billy Johnson will be testing the car in the United States in the coming days.

Elect the most iconic cars of 24 Hours of Le Mans

Renault could make return to prototypes in 2013