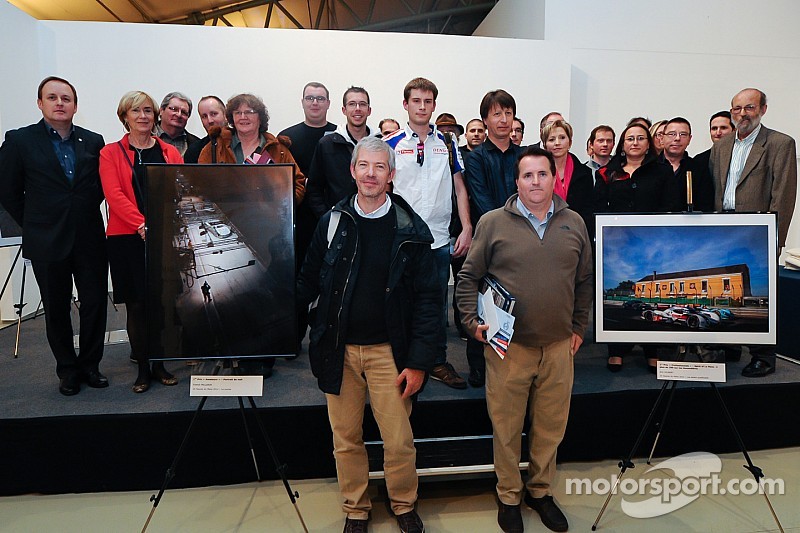 Open to amateurs and professionals, the competition aims to show the world of sportscar and endurance racing and its many facets.

Over the course of six months, fans of auto racing were again able to share their passion for sportscar photography thanks to the Sarthe Endurance photo contest. Twenty-nine images received awards this year, honoring both amateur and professional photographers.

Among the winners, Eric Gilbert, Canadian pro photographer, took home both the first prize in his category and the Jury’s Prize in WEC. Another winner, Franck Pellerin, of Nantes, France, won in the amateur category with a photo taken at the 24 Hours of Le Mans in the dead of night.

A new addition this year: the Le Mans Classic category, in order to recognize photographers who are aficionados of older cars. Marc Fleury, the winner in this category, from Maine-et-Loire, France, perfectly captured the essence of this unique event.

In partnership with the ACO, the sport journalist union and Auto Hebdo magazine, the Sarthe general council renewed its call for entries for the fith annual Sarthe Endurance photo contest. Open to amateurs and professionals, the competition aims to show the world of sportscar and endurance racing and its many facets. Therefore, many entries featured cars, but also (and especially) fans, drivers, mechanics, teams, circuits, the night, parties, etc.

While the WEC (World Endurance Championship) class includes races held at Le Mans, Shanghai, Spa-Francorchamps, Silverstone, etc., amateur and pro photographers were able to seize on the opportunity to capture the past as it crossed paths with the present during the Le Mans Classic. This category was a huge success for the participants.

Two Jury’s Prize awarded instead of one!

The quality of the entries was such that the jury was unable to make a final decision and therefore awarded two prizes: one for Le Mans Classic and the other for WEC.

The contest by the numbers

5 months of display at the 24 Hours of Le Mans museum for the winning photographs.

Following the footsteps of sportscar and endurance racing, which has worldwide recognition, the unique contest attracts entries from all over the globe. Ten nationalities were represented in the entries and the winners: Canada, the Netherlands, United Kingdom…

In addition, many of the photos entered were not only taken at the famous 24 Hours of Le Mans in 2014, but also at Spa, Bahrain or American venues…

The public’s choice award, added in 2013, and handed out to the best photo as voted upon by internet users, gained even more votes over the previous year. The contest’s visibility gains more and more traction every year, as shown by 850 added fans on Facebook.

The winning photographs exhibited at the Museum

Winning entries will be part of a showing at the 24 Hours of Le Mans museum until the next 24 Hours in June during business hours:

Philippe Séclier, editor in chief of Auto Hebdo. The magazine was an early supporter of the contest launched by the general council of La Sarthe.

Denis Boussard, professional photographer. Working both for fashion magazines (Elle, Vogues Hommes, Gala) as well as commercial campaigns. As a passionate fan of the 24 Hours of Le Mans from a young age, he also collaborates with magazines such as Automobile Magazine, Automobile Classiques, L’Equipe Mag.

Prizes: 1 professional photographer credential for the 2015 Le Mans 24 Hours, the publication of his winning photograph on an inside page of Auto Hebdo magazine, a helicopter flight over the 24 Hours of Le Mans circuit, a hotel stay on Saturday night of the race, 250 euros to spend at the ACO store, one entry to the Sarthe general council suite.

Prizes: 2 VIP tickets to the 2015 Le Mans 24 Hours, a helicopter flight over the circuit for 2 people.

Prizes: 2 VIP tickets to the 2015 Le Mans 24 Hours, a helicopter flight over the circuit for 2 people.

1st place: Eric Gilbert – United States: 3000 euros, the publication of his winning photograph on an inside page of Auto Hebdo magazine