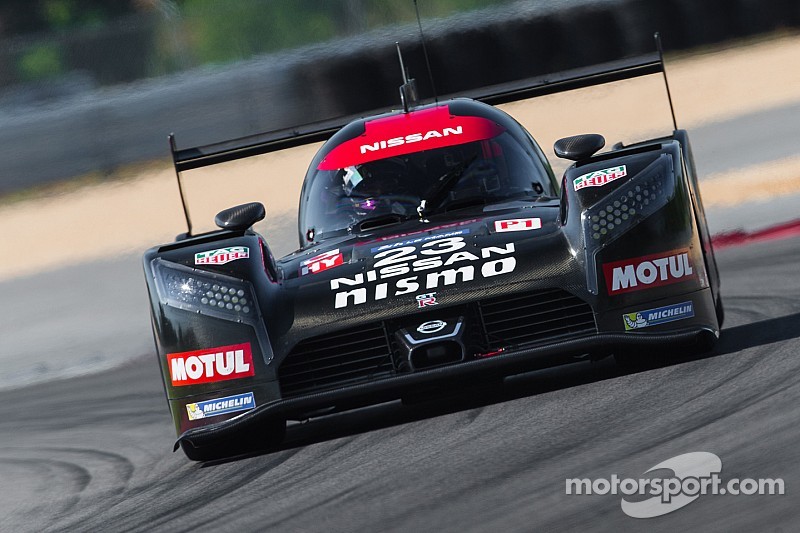 Jann Mardenborough believes Nissan should realistically aim at simply getting all three of its cars to the finish at next month’s Le Mans 24 Hours.

GP3 racer Mardenborough is set to pilot one of the Japanese marque's radical new front-engined GT-R LM NISMO machines at the French endurance classic alongside Max Chilton and Olivier Pla.

The project has not been without its problems, the team opting to withdraw from the first two WEC races at Silverstone and Spa in order to give itself more time to prepare for Le Mans following difficulties in testing.

Mardenborough believes it is too soon for Nissan to know where it stands relative to the competition, arguing that reaching the finish at La Sarthe would represent a "major accomplishment" in its own right.

"All of us want to win, but realistically it would be a major accomplishment to finish the race with three cars in good condition," the Welsh-born driver told Motorsport.com.

"Because I've been part of the development of the car and I've seen [the project] grow, I realise that just finishing the race would be amazing regardless of anything else.

"It's wrong to look purely at the result, because it doesn't tell you all the hard work that's gone in to get you there."

How the car handles

The GT Academy graduate also offered some insight into how the GT-R LM NISMO behaves, and how he has had to adapt his driving style accordingly, saying: "It behaves like a normal rear-wheel drive car.

"What you do with your feet is a bit different – we can't trail brake as much because there's very little weight on the rear.

"Steering wise it's very similar, but what you're doing with your feet in the low-speed corners is the main difference.

"In the medium and high speed corners, it behaves in a normal way but you just get more feedback through the steering wheel on the exit; you feel what the front is doing."

Home team: Who are the U.S. drivers racing at Le Mans?