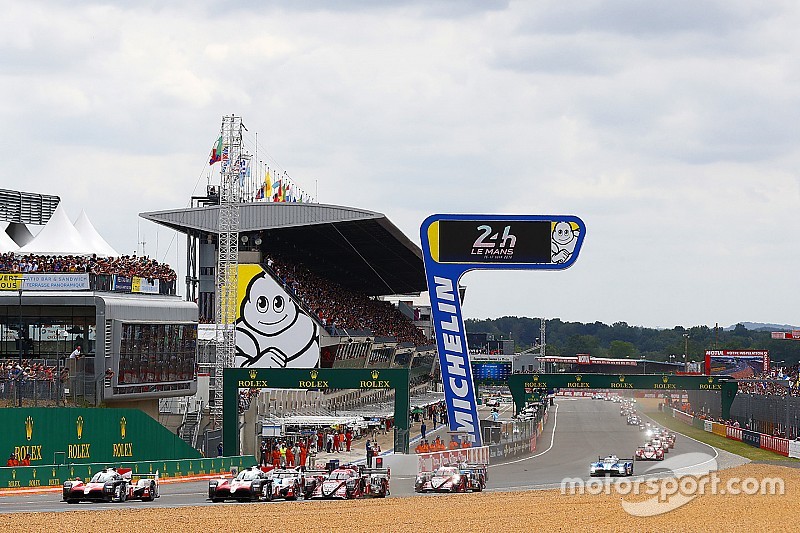 The first 42 cars on the entry list for this year's Le Mans 24 Hours have been unveiled.

The confirmed entries are those of full-time competitors in the FIA World Endurance Championship, of which the event is the final round of the 2018/19 superseason, and those teams that have gained guaranteed spots for the race.

It had originally been announced by race organiser the Automobile Club de l'Ouest that 50 cars would be announced as part of its split reveal.

But the publication of just 42 entries means that a further 18 cars will be revealed on March 1, along with 10 reserves. These will include the four entrants that will gain invitations for their success in the 2018/19 Asian Le Mans Series, which holds its final round at Sepang on February 24.

It is expected that Corvette Racing, which will be returning to Le Mans for the 20th consecutive year, as well as Porsche and Ford's two-car IMSA entries, will take six of the 14 spots still up for grabs.

Risi Competizione, which has declared its intention to enter a Ferrari in the GTE Pro class, is also not listed.

The first wave of confirmed entries is made up of 34 WEC regulars and eight cars that have been awarded invites for their success in the European Le Mans Series, the IMSA WeatherTech SportsCar Championship and the Michelin Le Mans Cup.

The entry includes the ByKolles LMP1 squad, which will be absent from next month's Sebring WEC round for what the team is describing as reasons for force majeure.

ByKolles sporting director Manfredi Ravetto refused to comment on speculation that the team is about to undergo a change of engine supplier from Nissan.

Ginetta meanwhile is absent from the entry list, the British marque's pair of G60-LT-P1 prototypes having not raced since Le Mans last year, leaving a total eight cars in the LMP1 class.

In GTE Pro, 10 cars are listed, and the entry list confirms that Daniel Serra and Miguel Molina will again be the third drivers in Ferrari's two regular WEC entries run by AF Corse.

Ferrari and Porsche are the only manufacturers to name all three drivers for their factory GTE Pro entries. BMW has only listed one driver in each of its two MTEK-run M8 GTEs, while Ford and Aston Martin have each named two drivers per car.

ELMS squads RLR MSport and G-Drive Racing are the only two confirmed additional entries in what is currently a nine-strong LMP2 class. RLR MSport's third driver, who will join the previously-announced Arjun Maini and John Farano, remains unconfirmed.

The Ford GT will be raced in private hands for the first time in the GTE Am class, with IMSA outfit Keating Motorsport among the 15 entries listed in the class.

Jeroen Bleekemolen and Felipe Fraga are listed alongside team owner/driver Ben Keating as drivers for the entry.

ByKolles to skip Sebring WEC round

Hartley: LMP1 was "high on priority list" after F1 exit