Kamui Kobayashi put Toyota on provisional pole for the Le Mans 24 Hours by topping Wednesday night's first qualifying session by just under half a second from the best of the SMP Racing machines. 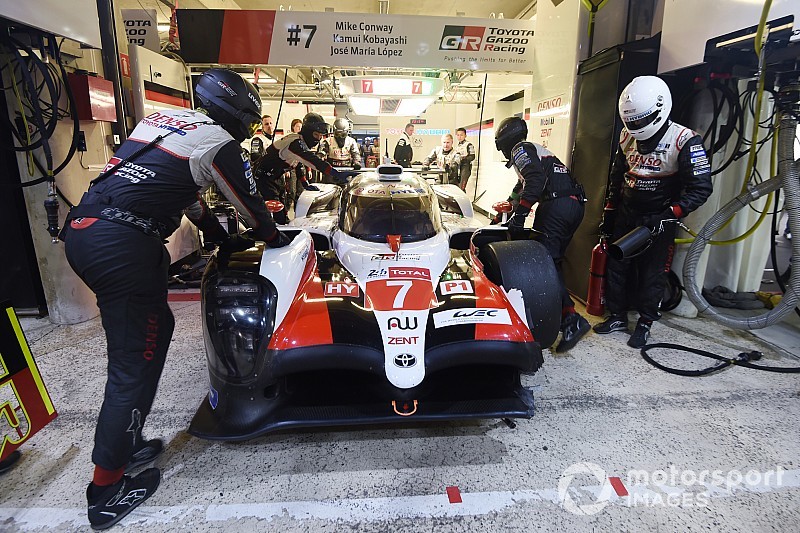 Kobayashi set a 3m17.161s a little over 10 minutes in the two-hour night session to grab the early advantage for the #7 TS050 Hybrid, beating SMP driver Egor Orudzhev's best time in the #11 SMP Racing BR Engineering BR1 by 0.472s.

But there was drama later on for the #7 machine, which suffered a violent head-on smash with the #31 DragonSpeed LMP2 at the Ford Chicane while Mike Conway was at the wheel.

Roberto Gonzalez had spun the #31 machine and was attempting to rejoin when he and Conway made contact that sent the #7 machine into the air, although both drivers were unhurt.

Third-fastest was the best of the Rebellion R-13s, with Thomas Laurent posting the #3 car's best time of 3m19.603s after a trip to the gravel at the second Mulsanne chicane.

The FIA World Endurance Championship points-leading #8 Toyota was only fourth-fastest with a time 2.676s slower than that of its sister car. 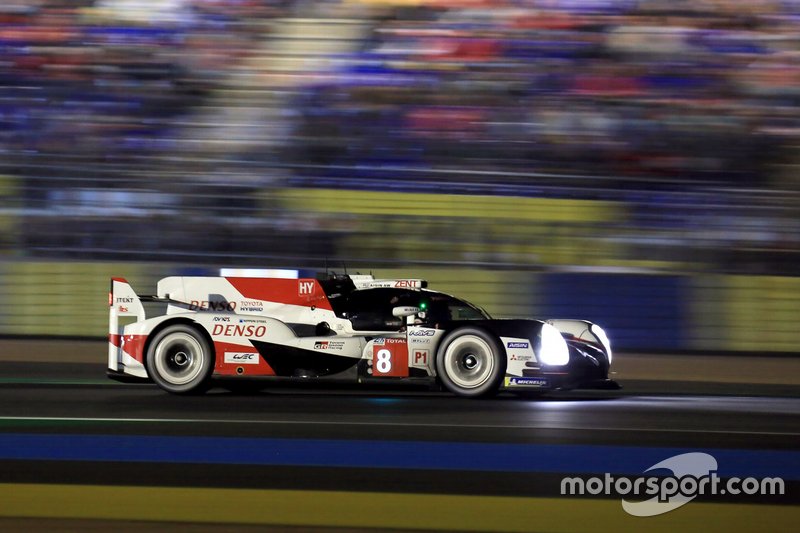 Ben Hanley's early effort in the customer DragonSpeed BR1 was good enough for a provisional fifth on the grid, three seconds off the pace and a tenth up on the #1 Rebellion of Neel Jani. That came prior to a lengthy spell in the garage for the #10 car due to gearbox trouble.

The second SMP BR1 of Stoffel Vandoorne was seventh, ahead of the ByKolles ENSO CLM P1/01 whose best time was set by Tom Dillmann.

Despite the incident with the #7 Toyota, the #31 DragonSpeed Oreca was quickest in LMP2 thanks to a 3m26.804s effort from ex-Formula 1 driver Pastor Maldonado.

Nicolas Lapierre was second, 0.131s behind at the wheel of the #36 Signatech Alpine Oreca, followed by the best of the Ligiers, the #22 United Autosports car of Filipe Albuquerque.

Practice pacesetter IDEC Sport and Duqueine Engineering ensured it was an all-Michelin top five, with the #38 Jackie Chan DC Racing car the best of the Dunlop-shod runners in sixth.

GTE Pro was topped by Ford thanks to a last-ditch lap by Harry Tincknell in the #67 GT. 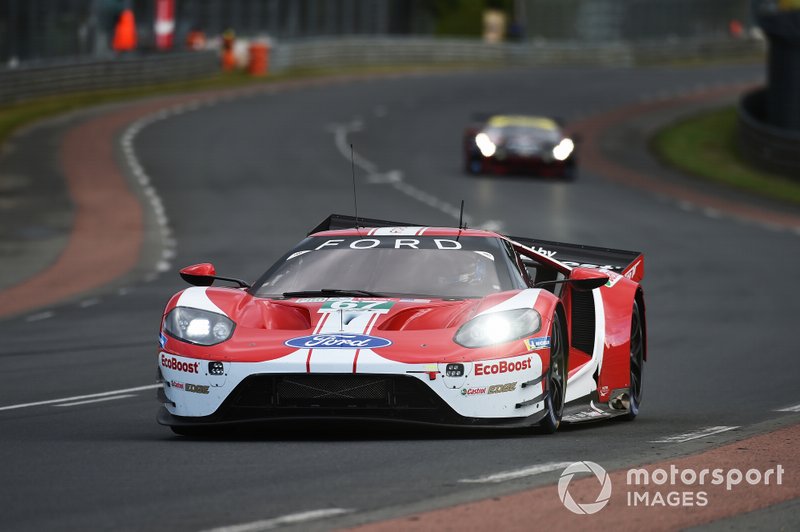 With around 20 minutes left on the clock, Antonio Garcia had posted a 3m49.467s in the #63 Corvette C7.R, only for it to be disallowed because he improved under yellow flags.

Aston Martin was third-fastest, as Alex Lynn's early best time of 3m50.037s in the #97 Vantage GTE was edged in the closing stages, while the remaining three Porsches - led by Frederic Makowiecki in the #91 car - filled out the top six places in class.

Aston's second car was next up followed by the best respective entries from Ferrari and BMW, while Corvette's top car ended up 11th after Garcia's time was scrubbed.

A spin for Olivier Pla at the exit of the final Porsche Curve in the #66 Ford left that car 17th and last.

The #77 Dempsey-Proton Porsche led the way in GTE Am courtesy of Matteo Cairoli's best lap of 3m52.454s, which was enough to top the class by 0.296s from Jorg Bergmeister in the #56 Project 1 Porsche.

Julien Andlauer made it an all-Porsche top three in the #88 Dempsey-Proton machine with a late improvement ahead of the #98 Aston Martin.

The #99 Proton Porsche, severely damaged in Tracy Krohn's practice crash earlier in the day, did not appear on track in first qualifying.