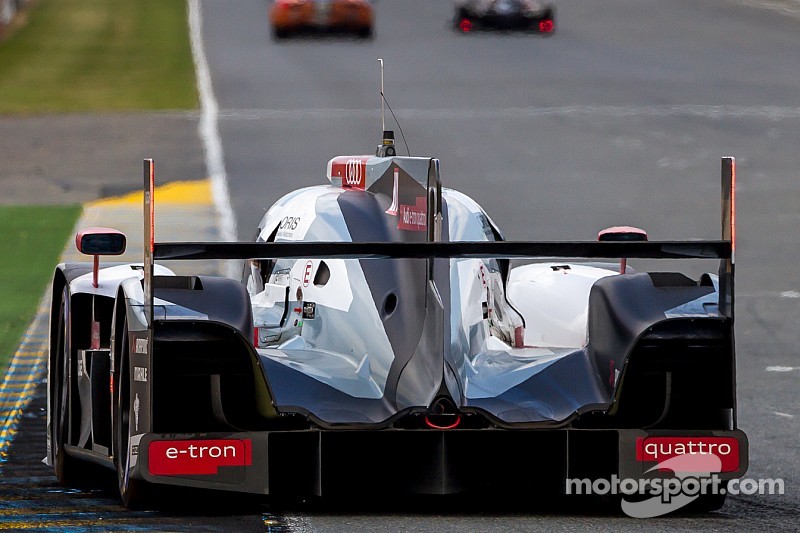 Audi, in 1999, ventured the step into the world's most famous endurance race.

Ingolstadt - At the Geneva Motor Show in early March, the second generation of the Audi R8* celebrated its world debut - a high-performance sports car the genes and name of which have their origins in motorsport: in Le Mans, strictly speaking.

But we also saw at the time that there was still quite a bit left to be done before the big race, the Le Mans 24 Hours.

“The Audi R8 marked a milestone in 2000,” says Head of Audi Motorsport Dr. Wolfgang Ullrich in reminiscing about the pioneering Le Mans prototype (LMP). “Compared with the R8R from the previous year, the car had made an enormous step forward in terms of technology.”

On making its debut at Sebring in Florida, the new R8 clinched another immediate victory. “But we also saw at the time that there was still quite a bit left to be done before the big race, the Le Mans 24 Hours. We had a few issues that we were seeking to resolve almost up to the race. So it was a great relief to win straight off at Le Mans with a completely new car.”

Audi had installed numerous innovations in the Audi R8 of the (then) LMP900 class - today’s LMP1. For instance, the technical crew was able to exchange the entire rear end in a matter of minutes. “Before our entry at Le Mans, we were looking at the most frequent reasons for retirements,” says Dr. Ullrich. “And the transmission proved the most prominent one in this analysis. During our preparation, we soon saw that developing a reliable transmission for Le Mans posed a major challenge. That’s why we said to ourselves: if that’s so difficult, then we need to find a way to change the transmission as quickly as possible.”

On two of the three Audi R8 cars the entire rear ends were in fact changed during the night of the 2000 race, albeit only as a precaution. “We didn’t want to take any risk,” says Dr. Ullrich. “And changing a rear end in more or less four minutes was often quicker than a complex check of the technology.” The third R8, except for two punctures at the beginning of the race, ran like clockwork.

Not least thanks to this innovation, which was subsequently banned, Audi celebrated a one-two-three success at Le Mans in 2000. It marked the beginning of a unique string of success that by now includes 13 victories.