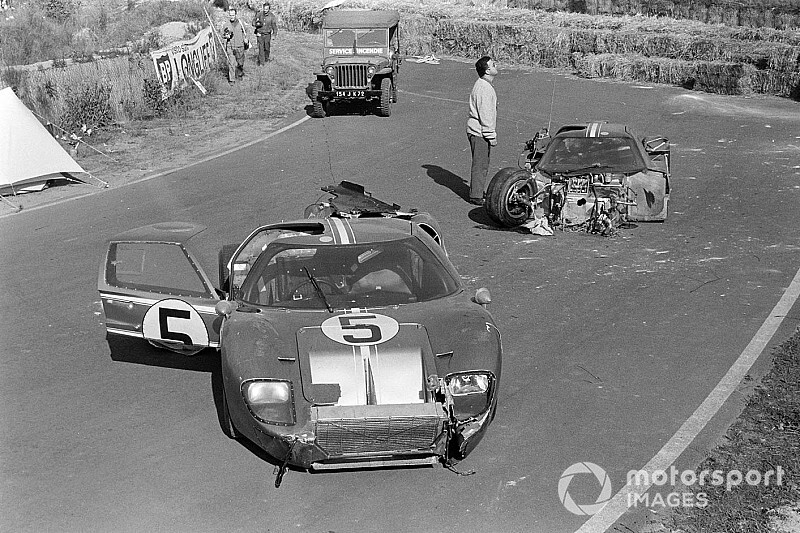 The Hollywood blockbuster Ford v Ferrari chronicles Ford’s podium sweep of the 24 Hours of Le Mans in 1966. But what happened after that first win for Ford, that set the GT40’s legacy in stone?

American racing legend AJ Foyt was originally scheduled to compete in that race, but he was badly injured earlier that year at the Milwaukee Mile when he crashed in practice due to a suspension failure.

Although Foyt missed that opportunity, which was immortalized by the Ford v Ferrari film, in 1967 he was invited back to join the Ford team by Dan Gurney and Carroll Shelby, a fellow Texan. Gurney and Foyt rocked the motorsports world when they became the only All-American team to win the historic race with a car built in the U.S. and piloted solely by American drivers. And, of course, Ford beat Ferrari again…

In April 2017, Gurney and Foyt reminisced about their victory for a special 50th anniversary event which reunited both drivers with their No. 1 Ford Mk IV for the first time since 1967. The following Q&A are excerpts from the interview conducted for Ford Performance, Ford’s motorsports division. Gurney sadly passed away in January 2018.

Foyt: “At the time, I was supposed to go over in 1966 with the Holman Moody bunch, but I got hurt at Milwaukee, burnt real bad. Ford lost three or four of their drivers before Le Mans that year: Walt Hansgen - the boy from the East Coast, was killed testing in the rain [at Le Mans], and Lloyd Ruby was supposed to drive and he crashed his airplane taking off from Indy. I can’t remember who else. [Note: The fourth driver was Jackie Stewart who suffered an horrific crash in the Belgian Grand Prix the same weekend as Foyt’s crash.] We went over there to blow Ferrari off. That’s what Ford wanted us to do and that’s what Dan and I did.”

Q: Fifty years later, you’re still the only All-American team to win Le Mans, car, engine and drivers. Are you surprised at that? How do you feel about it?

Foyt: “I feel great about it, mostly because a few of my races were overseas and I was fortunate enough to win some of them, but most of them were in the U.S. I’m an American so it means a lot. I was invited to go back more than once but I said I went over as a rookie and won, so I have no reason to go back. It was great.”

Gurney: “Does it surprise me? Yes, it sure does. But all those wimps haven’t come back (laughs), I don’t know what’s stopping them. For us, Ford said they were going for it and they went for it. I’m very proud to have been part of it, just like A.J. is.” 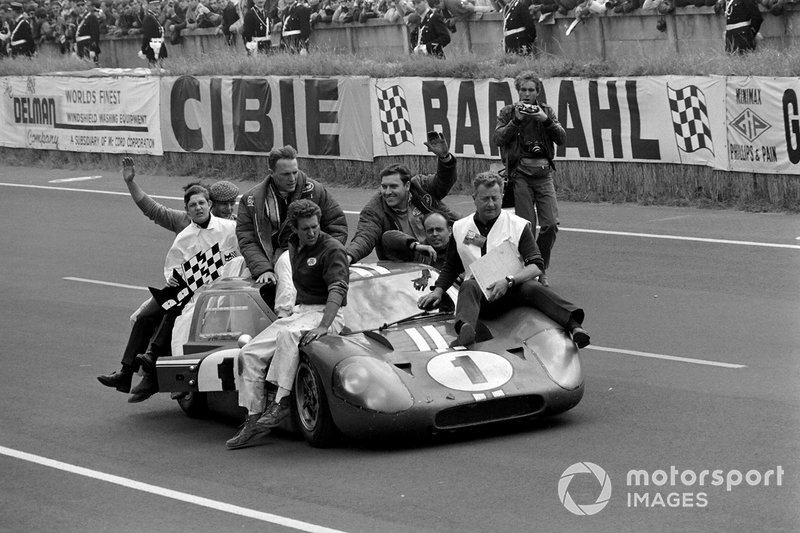 Q: You both participated in a very special time in American racing, probably never equaled. A.J., you won the Indy 500, then went over and won Le Mans. Dan, you won at Le Mans and then won the F1 race at Spa in a car you built, the first and only time an American has done that. How do you feel about that time of your life, in terms of where you were in your careers?

Foyt: “I don’t think the boys [today] realize what they’ve missed. When Dan come up, and when I come up, it was altogether different racing. It was a great time in your life. Back then when I raced, I loved racing the midgets and sprints and stock cars and everything, like Dan loved to go over there and run [Formula 1] and he did a great job, and I respect him highly for it, and for picking up a little Texan like me to go over and run the 24-hour, I give him a lot of respect. I know at that time, a lot of them thought I was kind of wild, so Dan had faith in me, and I knew if he got the car set up, I thought I could hang onto it for him.”

Gurney: “Of course, looking backwards, that was a pretty high peak in my career. I think racing drivers, a lot of people, want to have bragging rights and certainly A.J. and I have them now and that’s a fabulous feeling.” 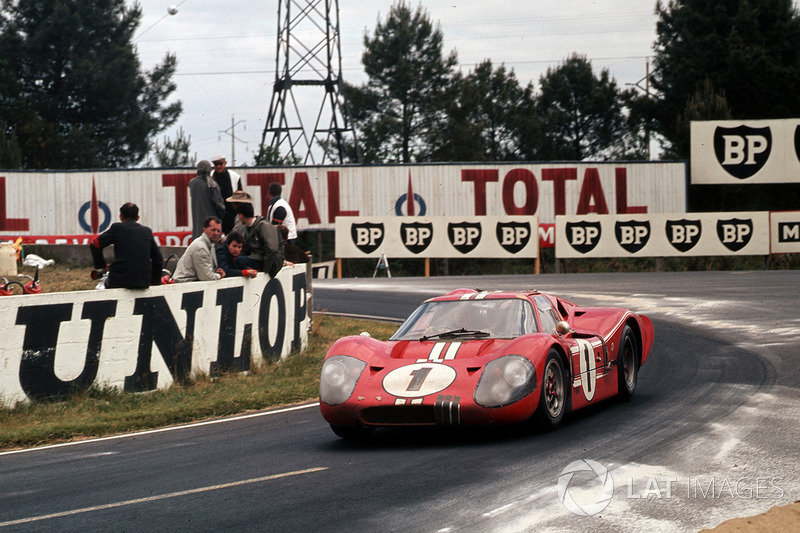 Q: Did you feel there was competition between the Shelby and Holman Moody teams?

Gurney: “We wouldn’t tell them the time of day. But they were prepared, so they were going to do very well.” 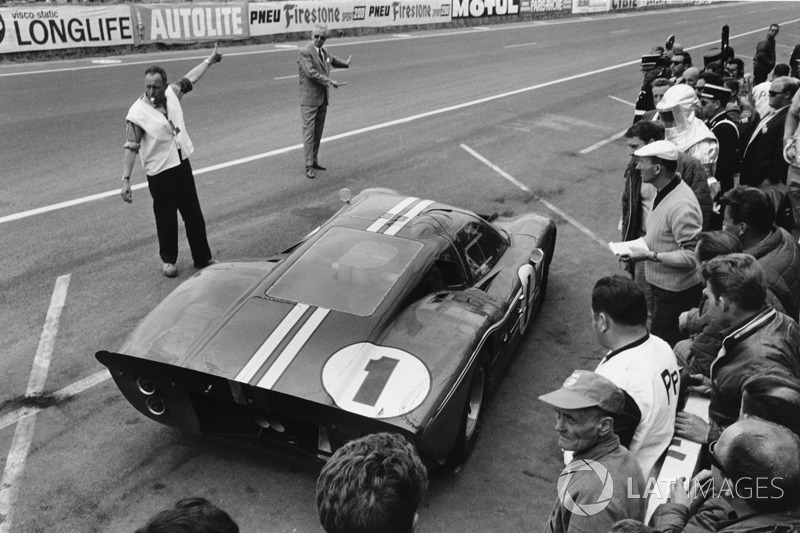 Q: Was it similar among the drivers?

Foyt: “They had some good drivers and we were all friends. It was just that when the green flag came down, there was no love between none of us, right Dan?”

Gurney: “They were all good drivers and we were friends until they became even better. Then we didn’t like them anymore. [Both laughing]. Typical thing.” 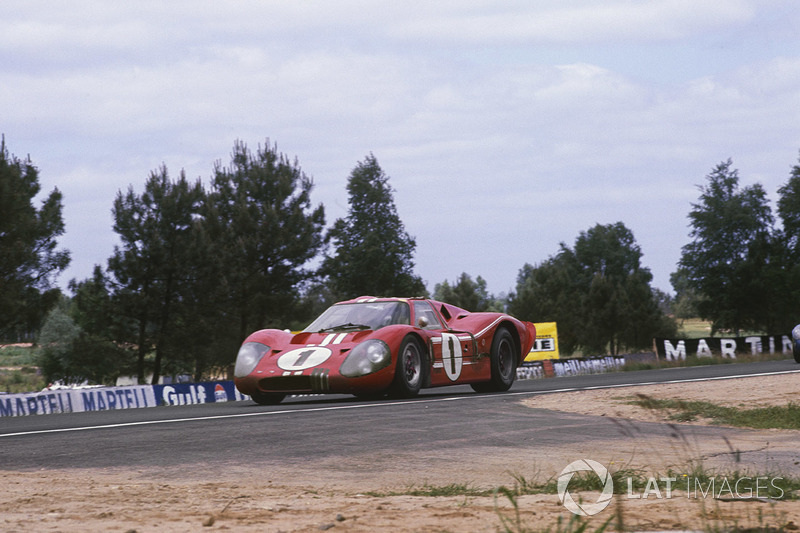 Q: Let’s talk about Henry Ford II. Did he chat with all of you before the race? Do you remember his reaction to the win?

Foyt: “I think Dan [and I] had the same idea. We knew we couldn’t tear the car all to pieces. We knew we had to take care of it and I think Dan felt the same way I did. We had to nurse it, then when we had to run hard, we could run hard. I think that’s how we won the race.”

Gurney: “We were up there celebrating, and everyone was up there, Michael Parkes from Ferrari and all the Ford people. We didn’t call him Henry II, we called him ‘Hank the Deuce.’ He was an imposing figure and if he looked at you the wrong way, you kind of shriveled up and tried to disappear. He was there with a new bride, I think, on their honeymoon and when I started spraying him, I’m not sure he liked it or not, but he was a good sport about it and we had a wonderful time spraying champagne, A.J. and I both.”

Q: The champagne. It was a spontaneous thing, right?

Foyt: “That’s true. I think Dan was as happy as I was. Now you see all the Formula 1 drivers doing the same thing, but we did it 50 years ago. It was just a great victory, I think, for both of us.” 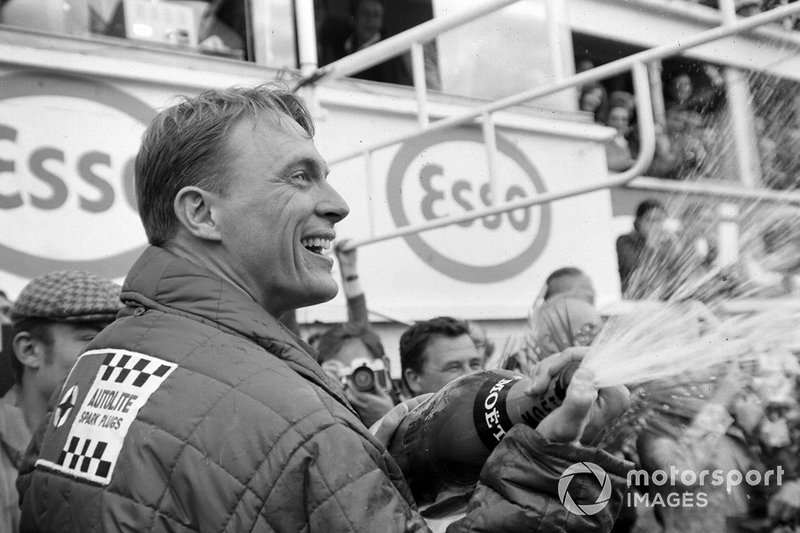 That April evening in Long Beach in 2017, Edsel Ford II presented Foyt with the Spirit of Ford award, the racing division’s highest honor, which Gurney had received in 1999. The award recognizes lifetime achievement and contribution to the industry both on and off the race track.

Sitting with Gurney and Ford, Foyt entertained the idea of returning to Le Mans for the 50th Anniversary celebration of the victory. Two months later, he did return as a guest of Ford and was amazed at the changes in the venerable venue.

Foyt was even driven around the track just before the race by Sebastien Bourdais’s father, Patrick, who is a longtime competitor at Le Mans. 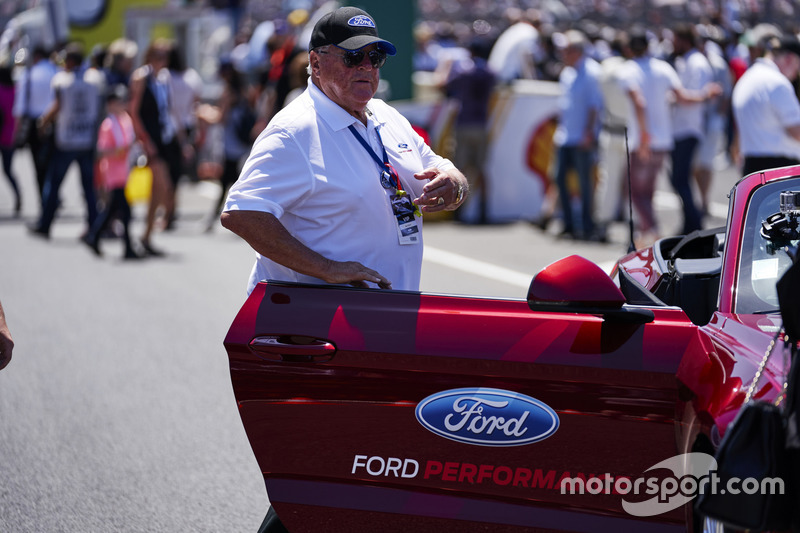 Why sim racing’s boom looks set to continue in 2021

Leaping into the unknown at Le Mans with Richard Mille Racing