Olivier Pla has revealed that the #708 Glickenhaus 007 LMH was severely hindered by a misfiring engine in the Le Mans 24 Hours, limiting the squad’s ability to keep up with the leading Toyotas.

With Alpine’s solo grandfathered A480 LMP1 car hit with a major power reduction late on Friday afternoon, Glickenhaus was expected to be the only team realistically capable of challenging the mighty Toyotas for victory in the five-car Hypercar class.

However, a battle between the two squads never materalised in what was the 90th running of the race, with Glickenhaus' #709 entry ultimately finishing a distant third and five laps down on the race-winning #8 GR010 Hybrid, and the sister #708 car ending up more than 10 laps off the lead in fourth.

Pla, who was sharing the team’s full season WEC contender with Romain Dumas and Pipo Derani, explained that a sensor issue meant that the Pipo-engined Le Mans Hypercar was not able to unleash its true pace for the majority of the race.

“We've been battling from the middle of the night with some misfire on the engine in our case,” the Frenchman told Motorsport.com. “Sometimes it was okay, sometimes we were losing a lot of time.

“There was a problem related not to the engine actually, but to a sensor. There was a sensor from what I understood between the engine and the chassis so there was no way we could have fixed it during the race.

“We tried to finish for [team owner] Jim [Glickenhaus], for all the Podium [Advanced Technology] guys. They did a fantastic job. In the end, I wish I would have been on the podium but I'm happy for the #709. They did a great job and it's good for Glickenhaus.” 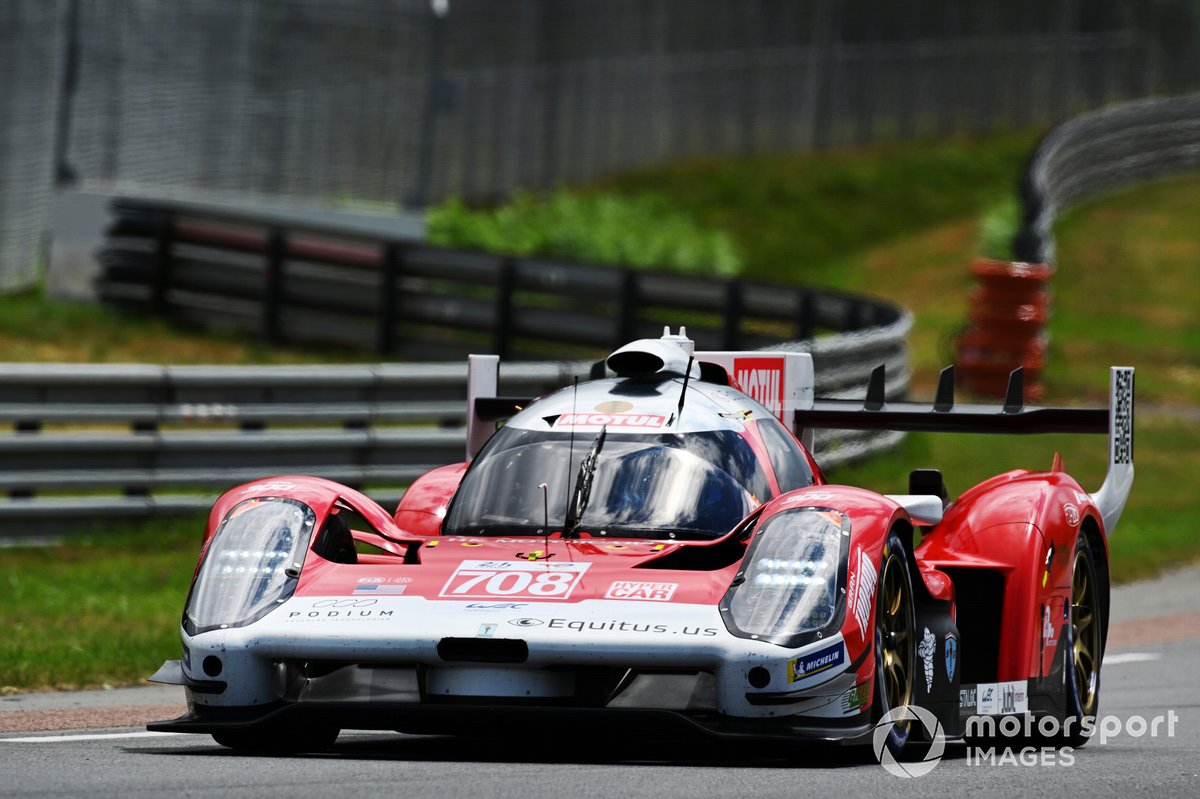 The #708 Glickenhaus dropped off the lead lap in the eighth hour when Pla spun at Tertre Rouge on an out lap, requiring a lengthy trip to the pits for repairs.

The 40-year-old took full responsibility for the incident, which damaged the rear suspension of his car.

“I made a mistake,” he admitted. “I went out of the pits full of fuel and cold tyres and just lost the car at the exit of Tertre Rouge. It's on me.

"I just touched the wall on the inside at the end. It's my mistake."

While the #709 Glickenhaus was effectively out of contention as early as the second hour of the race after making an unscheduled trip to the pits to fix a sensor issue, Pla and his teammates were able to remain on the lead lap until his off at Tertre Rouge approaching one-third distance.

Asked if he really expected Glickenhaus to put up a fight to Toyota's pair of hybrid LMH cars going into the race, Pla said: “Yeah, until we had this problem with the engine.

“The pace as you could see….we were not really trying to fight the Toyota, we were trying to keep up with the pace we had. And actually the car was really good.

"In Hyperpole in my car we had a small issue so we couldn't really achieve the lap time that we were expecting but the team did a great job to fix the problem we had and so the car was really good in the beginning of the race.”

Pla replaces Nunez in AXR line-up for remainder of 2022

Westbrook sure Glickenhaus can still fight for 2023 Le Mans win

Who will race in WEC and IMSA with LMDh/LMH cars in 2023?

Sportscar racing is set to enter a new golden era from 2023, with new rules bringing back much needed life to a motorsport discipline that has been moribund in recent years. Here’s the full list of manufacturers who are building cars to LMDh and Le Mans Hypercar (LMH) regulations.