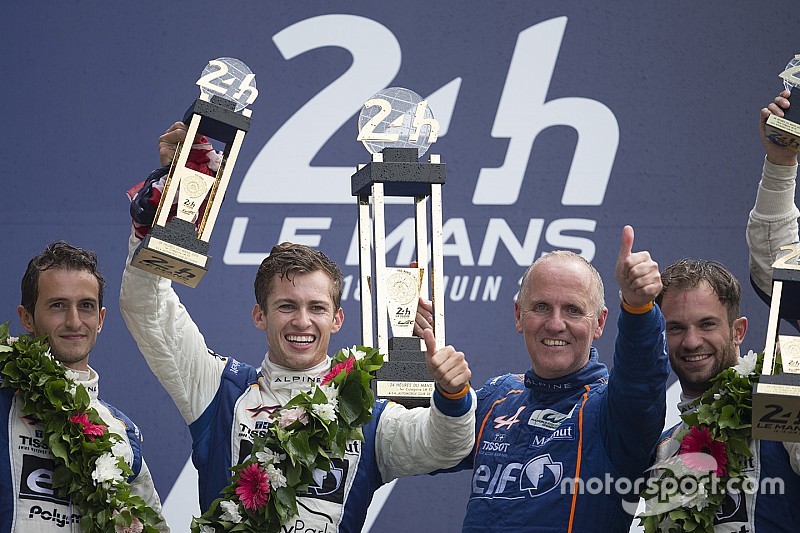 Gustavo Menezes is a 21-year-old Brazilian-American who began his racing career in the U.S. kart scene at just 5 years old. His father Voltaire played for Brazilian football team Internacional in Porto Alegre - his sporting background and ongoing support inspiring Gustavo to become the professional sportsman he is today.

Making his debut at Le Mans 24 Hours after competitive 2014 and 2015 seasons in the FIA Formula 3 European Championship, Menezes made an immediate impact alongside team-mates Nicolas Lapierre and Stéphane Richelmi, delivering Signatech-Alpine its maiden LMP2 class victory in what is widely regarded as the toughest race in the world.

The N°36 entry began the legendary round-the-clock classic from third position amongst the 23 high-calibre LMP2 entries and 12th overall on the 60-strong grid. Menezes took over from Lapierre three hours in with the car in 5th place, and an incisive approach to traffic saw the young Brazilian repeatedly vying for top spot before handing the reins back to Richeimi.

Returning to the cockpit not long after midnight, Menezes completed an impressive quadruple stint on the same set of tyres. He was the fastest of the Signatech-Alpine trio through the long final sector, completing his run well clear of pursuers. The car ultimately finished first in-class and an outstanding fifth overall – the second-best finish in Alpine’s Le Mans history.

“Sunday was without question the best day of my life!” he reflected. “It was always one of my ambitions to compete here, and it’s a dream come true to win.”