On December 14th, Lola Group Holdings reached an agreement with Multimatic Engineering, and Carl A. Haas Automobile Imports, Inc. The partnership will allow the Lola brand to continue chasing for championships.

Lola Group Holdings Limited announces the continuation of the Lola name in international motorsports based on an agreement reached on 14 December between Lola Group Holdings, Multimatic Engineering, and Carl A. Haas Automobile Imports, Inc.

Lola, Multimatic and Haas have agreed to a licensing arrangement whereby the Lola name intellectual property rights and products will continue to be utilized.

Martin Birrane, who has owned the Lola businesses since 1997 and rebuilt, expanded and supported them through extremely challenging economic times, remains committed to supporting the existing Lola customer base and carrying on the legacy of one of motorsports greatest names. 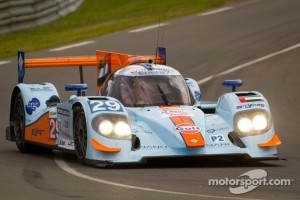 Birrane, who controls Lola, believes that the combination of Lola, Multimatic and Haas provides the best option to achieve these goals.

“The news of this agreement comes at a very pivotal moment in Lola's history. The economic downturn, which has caused difficulties for everyone in motorsport, has taken its toll on the Lola businesses.

However, the Lola brand continues and this agreement with Multimatic and Haas ensures that the legacy of Lola's success on the track will endure."

Birrane continued: "The close bond between Lola, Multimatic and Haas should lead to a beneficial result for all Lola teams". Birrane has had close ties with Carl Haas and Larry Holt of Multimatic for the whole of his 15 years of ownership of Lola.

The Lola/Haas connection goes back even further to when Eric Broadley and Carl Haas got together in the 1960s. "When I acquired Lola in 1997 I re-established the close bond between our companies off the track and also on it with the Newman/Haas Champ Car title success in 2002. 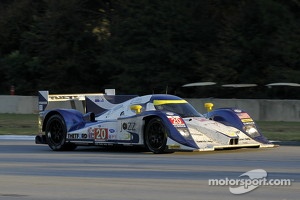 Multimatic have also been close allies in many projects and, like Haas, tasted success with a Lola product at Le Mans in 2000 with the first ever LMP 675 class win using the B2K/40 design.

I'm looking forward to these renewed relationships and the benefits it brings to our customers."

Haas will lead the commercial interaction with customers, having fifty years of extensive experience in servicing the global motorsports industry.

Multimatic will assume responsibility for all engineering and manufacturing as well as technical support to race teams. The engineering aspects will be undertaken by some of the original Lola technical personnel who have been retained by Multimatic.

Lola maintains the role of constructor in this association with Multimatic and Haas.