6 Hours of Zhuhai next stop for Nissan 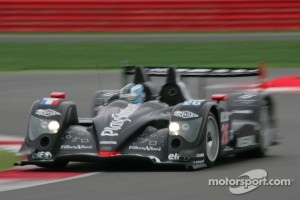 Despite wrapping up the Intercontinental Le Mans Cup LMP2 title at Petit Le Mans last month, the Signatech Nissan team heads to China this weekend for the final race of the season at Zhuhai. There will be no cruising to flag though as Nissan’s GT Academy driver Lucas Ordonez, along with his team mates Franck Mailleux and Jean-Karl Vernay, are in it to win it.

“It felt good to win the championship in Atlanta,” said Ordonez. “There is no way we are going to sit back and enjoy it yet though as we have one more race to go and we will attack it as hard as all of the others. As we haven’t raced at Zhuhai before we went to Base Performance to learn the track on the simulator. The track is as I expected from looking at it online; pretty slow with some heavy braking areas, 90 degree corners and hairpins. I think we can go there and get a good result.”

As well as racing at a new track Lucas is competing in a new country this weekend as the trip to Zhuhai also marks his first visit to China.

“I’m excited about travelling to China as I love to visit new places,” he said. “I never thought that winning GT Academy would mean I would get to see so much of the world!”

If They Can Make It There, They’ll Make It Anywhere!

Lucas Ordonez is on his way to China today, heading there direct from New York where he took part in Sunday’s New York City Marathon, along with the other GT Academy graduates.

The graduates have to be at the peak of physical fitness to compete as racing drivers so as part of their training programme Lucas, Jordan Tresson, Jann Mardenborough and Bryan Heitkotter joined almost 50,000 other runners to pound the pavements of New York, cheered on by over two million spectators.

Jordan was the first GT Academy racer home, finishing in an impressive 3:54.01 and declaring that it wasn’t too bad. Jann was second at 4:47.59, admitting that it was the hardest thing he had ever done but his wide smile showed the pride he felt at his achievement. Bryan was next, crossing the line at 6:27.52.

Lucas was given a special hall pass by Nissan to pull up after the 10K mark, in order to save some energy for Zhuhai this weekend but he stuck to Jann’s pace and didn’t stop until he had completed 16 miles!

“I was planning to do around eight miles but I was feeling really good and wanted to go all the way to the finish,” said Lucas. “I knew I had to stop though, just to be safe for Zhuhai. The atmosphere in New York was incredible and I would have loved to carry on so maybe I’ll come back again next year.”

ORECA entires look to shine at 6 Hours of Zhuhai