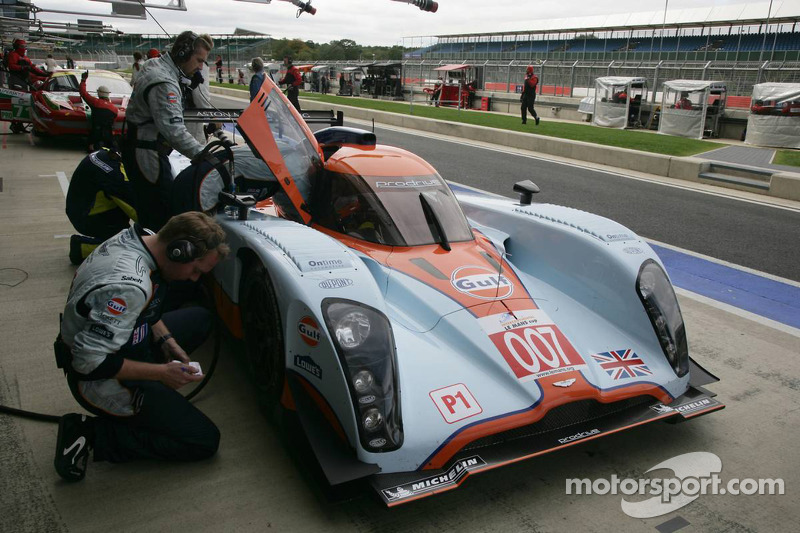 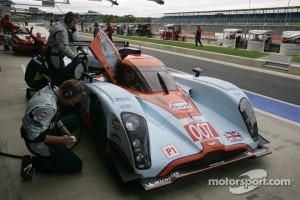 Silverstone, September 10 2011. Aston Martin Racing will start the Autosport 6 Hours, round five of the 2011 Intercontinental Le Mans Cup, from 12th on the grid after difficult and changeable weather conditions in today’s qualifying session. The team’s Gulf-liveried DBR1-2 LMP1 clocked a best time of 1m52.151s in the hands of Mexican Adrian Fernandez, who will share the #007 car with Austrian Christian Klien and Swiss Harold Primat in tomorrow’s event.

With the 25-minute session beginning in damp conditions, Fernandez started on slick tyres to give the team the best chance with changeable weather looming but opted to pit with seven minutes remaining. The team decided against sending the car out due to worsening conditions.

Fernandez said: “We went out early because we thought that was our best chance. It started raining so to get a lap in it was better to do it early. My tyres were very cold and I really struggled in the first few laps to get them up to temperature. It was really a short margin because it started to rain harder towards the end. The main thing for us is to drive tomorrow – it’s practice for everybody and hopefully we can have a solid race, be at the end and have a good result.”