CRS Hoping For A Chinese Cracker 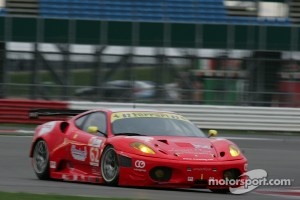 After over 150 races in four years, the CRS Racing team is in China this week to compete in the 6 Hours of Zhuhai. The team announced recently that it was ceasing its race operations to concentrate on building the new McLaren MP4-12C GT3 car so Zhuhai will be CRS’s swansong.

The driving crew of Pierre Ehret, Roger Wills and Tim Mullen will be doing all they can to make sure that CRS goes out with a bang…hopefully of Champagne corks!

“It seems incredible that we are coming up to the seventh and last race of the ILMC season but I'm very much looking forward to my first race in China,” said Roger. “We have come so close to some great results this season with only one podium at Silverstone, so it would be nice to end the season on a high with a podium. It would also be a great last race for CRS who are moving to focus on building the McLaren MP4-12C. Obviously it is not a circuit I know but I’ve been on the simulator so hopefully that will help and it will be very fresh in my mind. Let’s hope we can end the season with a strong result.”

Tim Mullen agreed with Roger’s comments, adding: “It’s always good to go to a track that you don’t get to race on very often. It helps to mix things up a bit. Having been with CRS from Day One I would love to help them go out on a high.”