Oreca prepped for 6 hours of Silverstone 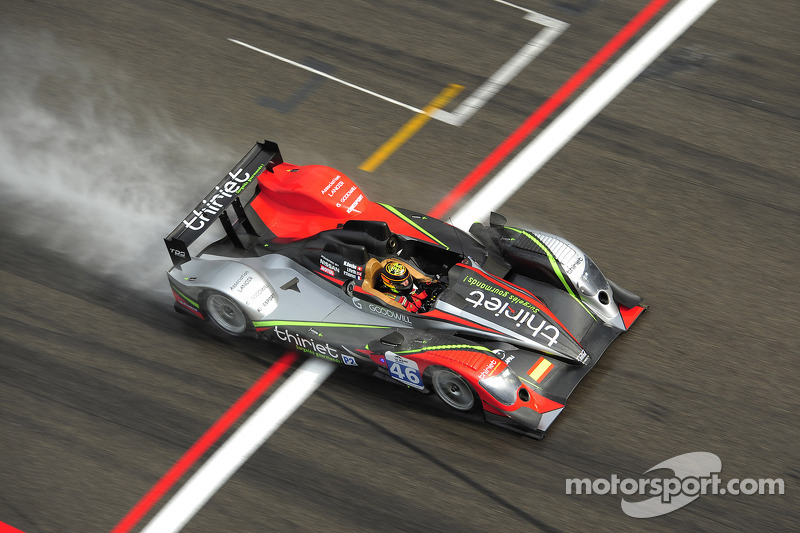 Big ambitions for the ORECA chassis… 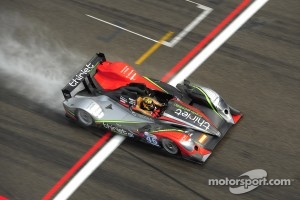 After a two-month summer break, the Intercontinental Le Mans Cup and Le Mans Series return to the track for the Silverstone event. Competitors from the two series will once again be reunited, with four ORECA 03 and four ORECA-FLM 09. In the ILMC, Signatech-Nissan will be looking to strengthen their lead in the championship after four consecutive victories. Meanwhile, in the Le Mans Series, Boutsen Energy Racing and TDS Racing are still in the hunt for the title. There’s still a lot to play for as well in Formula Le Mans, as all four teams have a chance to take the honours at season’s end.

Currently fourth in the championship, TDS Racing is hoping to reduce their deficit to the leaders at the penultimate round of the season in the British midlands. The trio of Thiriet/Beche/Firth/ gave the ORECA 03 its first victory at Spa, before finishing seventh in Italy despite dominating most of the race. It’s therefore in the spirit of revenge that Jody Firth and his teammates arrive at Silverstone: “I’m an ambitious person, so I would have liked to have won the three other races. The beginning of the season was enriching.” The Brit will be right at home: “Silverstone is one of my favourite tracks. It’s a circuit that demands a well-balanced car, with lots of downforce because of the high speeds.”

“ORECA is working hard so that we will have a good car,” Jody continues. “The mechanical grip is very good, which will allow us to use the tyres to perfection. We have to win, but the competition is tough. I’m comfortable at TDS Racing. The whole team is French, but they’re learning English just for me (laughs).” Coming into this event, TDS Racing is only two points behind third place, Boutsen Energy Racing. The Belgian team is ten points behind the lead team in points, Greaves Motorsport. Boutsen Energy Racing is also in the hunt for the title, with Dominik Kraihamer as one of the drivers. For the last two races, Thor- Christian Ebbesvik will join the Austrian behind the wheel of the No. 45 ORECA 03. The Norvegian drove the ORECA 03 entered by Race Performance during the season opener and his speed is nothing to doubt. As for the Swiss team, Race Performance, they will be relying on Marc Rostan’s experience as he joins Ralph Meichtry and Michel Frey.

On the Intercontinental Le Mans Cup side, Signatech-Nissan arrives in Northamptonshire as championship leader and will attempt to solidify their dominance. Philippe Sinault’s team has had two podiums, Le Mans and Imola. Franck Mailleux and Lucas Ordonez will once again be at the controls of the No. 26, joined by Jean-Karl Vernay who replaces Soheil Ayari for the remaining rounds. The Frenchman recently familiarised himself with sportscar racing with a participation at the 24 Hours of Spa in a Ferrari.

Four ORECA-FLM 09 will take the start in a class that remains very open, as each competitor still has hopes of taking the title. With two victories and one second place finish, Pegasus Racing is leading with two races to go. But the team from Strasbourg’s lead is small. Schell/Schultis/Simon have only 8 points over Genoa Racing, who will have an all-new driving squad.

The American team has partnered with a new project called “The London Project” which raises funds to fight muscular dystrophy. Drivers Aldous Mitchell, Jordan Grogor and Bassam Kronfli will be discovering the FLM class and the series. This project is a stepping stone for more ambitious ventures, including a presence at the Petit Le Mans. Winners at Imola, JMB Racing rekindled their championship hopes as they are now only 1 point behind Genoa Racing.

Neil Garner : “We still have every chance.”

As for Neil Garner Motorsport, the objective will be to run up front, after a disappointing withdrawal after Imola qualifying. Hartshorne/Keating/Keen will once again be sharing driving duties in the No. 92. On a track that he knows by heart, Garner is counting on his trio of drivers to finally reach the top spot on the podium. “After the damaged chassis at Imola, we know it will be difficult to win the championship, but we still have every chance. We aren’t coming just to participate, but to win.”

“Silverstone is our track, we are on home soil,” continues the team owner. “The drivers know perfectly well the layout, which gives us a little bit of an advantage.” In his first year with the ORECA-FLM 09, Neil Garner is convinced he’s made the right choice: “We are very happy with our program. ORECA is offering good support. The chassis is really good and the drivers are enjoying themselves on track.” With 23 points, Neil Garner Motorsport is 20 points behind the leaders.

The first practice session will start Friday at 1:15 pm (local time), and the second session at 5 pm. A final practice will be held Saturday at 9 am before qualifying from 2:05 pm to 2:25 pm. The 6 Hours of Silverstone will take the green flag at 11:35 am on Sunday…