It's a busy time of year for globe-trotting racing drivers with the biggest and most important race of the sports car season looming large.

Still, its normal procedure for those among the best drivers in the world: Take part in a number of 24-hour race simulations as a team prepares as well as possible for the gruelling prospect of 24 hours non-stop action behind the wheel. 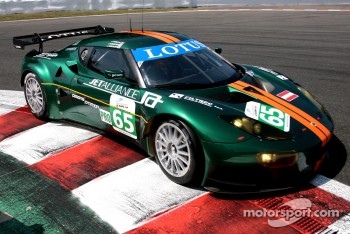 The 24 Hours of Le Mans is next up for Britain’s Johnny Mowlem.

For the new Lotus Ever GTE race car there is one last 24 hour test on May 28-29. Before that Mowlem will be commentating for SKY Television for the famous Indy 500 race, then he drives straight up to the Lotus test facility to conduct the two-day test. Mowlem gets three days at home before a zip across the Channel from his home in England to France for an official inspection of the Lotus Evora GTE car on June 5. Then there is practice and qualifying on the 8th and 9th of June, the famous drivers parade around the town of Le Mans on the 10th June and finally, on June 11, the start of one of the world's toughest races.

Mowlem, who is a Lotus factory driver, and his teammates James Rossiter and Jonathan Hirschi, will pilot the Jet Alliance Lotus Evora. This is the first time in nearly two decades that Lotus will be racing at Le Mans, and everyone is focused on making the return a successful one.

"We've done a great deal of work on this car, but it is really still in the development stage," Mowlem said. "It's a tribute to the company and everyone involved and their determination to succeed that we have come so far in such a short amount of time. Le Mans will be the biggest test yet for the car, and having done this race quite a few times already, I know what a huge test Le Mans can be! The race will all be about us against the circuit. If we can run cleanly and reliably, the opposition can take care of themselves, and then who knows what might happen!"

Mowlem has seven Le Mans starts, including a class podium as well as another top 10 overall finish.

The race begins on June 11.