British outfit Jota Sport will return to the world's most celebrated motor race in June when they contest their seventh Le Mans 24 Hours (June 22-23) following an official invitation from the Automobile Club de l'Ouest (ACO).

The Kent-based squad will field their LMP2 class Zytek-Nissan at the twice-around-the-clock event with Jota regulars Simon Dolan and Oliver Turvey set to take the wheel. The team's on-track line-up will be completed by a third driver to be confirmed in the coming weeks.

Having made a successful return to the prototype ranks in 2012, Jota will travel to the French classic determined to score a memorable result in the ultra-competitive LMP2 class. With 22 confirmed entries the category will be the largest and most fiercely fought on the grid, as well as boasting some of the finest driving talent in world motorsport. 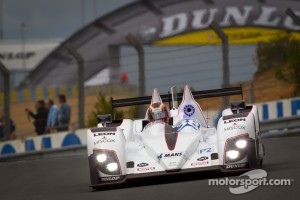 Dolan will be making his third assault on the event after competing aboard Jota Sport's GTE Pro class Aston Martin Vantage in 2011 before making the leap into prototype competition at last year's race. The Briton belied his lack of experience at the wheel of the Zytek-Nissan to run competitively before being sidelined just four hours from the finish.

25-year-old Turvey meanwhile is set for his maiden appearance at the La Sarthe circuit, but the Cumbrian's learning curve will be eased by a wealth of top-line racing experience. The 2006 McLaren Autosport BRDC Award winner, Turvey's competitive CV includes victories in the demanding GP2 and Formula Renault 3.5 categories, as well as his ongoing role as a Vodafone McLaren Mercedes Formula 1 test driver.

Simon Dolan, Jota Sport Driver: "I'd like to offer my thanks to the ACO for inviting us to this year's Le Mans 24 Hours and with 22 LMP2 cars on the grid I'm sure it's going to be an epic race. I can't wait to get there and make this third time lucky for me and seventh time lucky for Jota at the world's greatest endurance race."

Oliver Turvey, Jota Sport Driver: "It's extremely exciting to know that I will be making my debut at Le Mans this year. I would like to thank the ACO for selecting the team as well as everyone at Jota Sport for the fantastic opportunity to race their LMP2 car. Le Mans is a famous and historic race that I have always wanted to compete in, so I can't wait to work with the team to achieve our aim of winning the LMP2 class."

Sam Hignett, Jota Sport Team Principal: "We are very pleased to have received our invitation to this year's Le Mans 24 Hours and are determined to make 2013 our best effort yet. The team is highly motivated to succeed and with our increasing experience of the event I believe we can mount an extremely strong challenge. What's more, having added a driver of Oliver's speed and technical expertise to our line-up we were keener than ever to test ourselves against the world's finest. Le Mans gives us a chance to do just that."