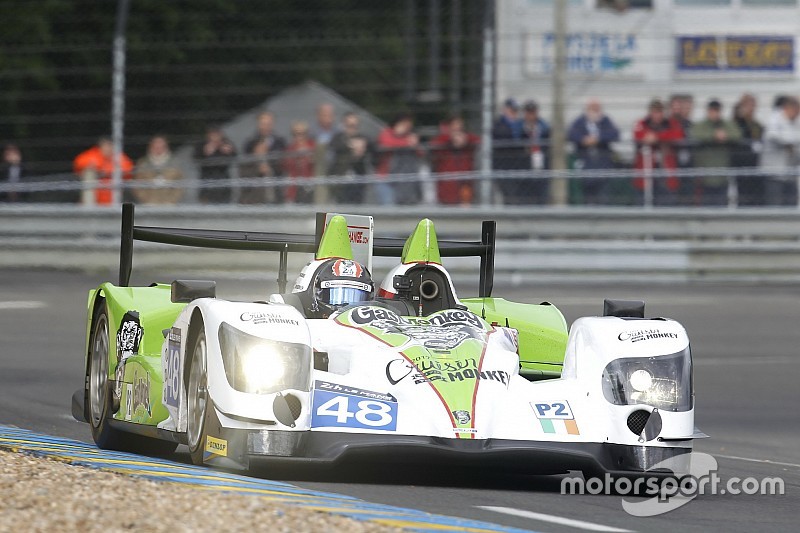 For Le Mans this weekend, Ben Keating is stepping into the LM P2 ranks, sharing the No. 48 Murphy Prototypes Nissan ORECA 03R with Jeroen Bleekemolen and Marc Goossens.

Racing what he sells, Ben Keating – the world’s largest Viper dealer – drives Dodge’s top-of-the-line sports cars in WeatherTech Championship competition. He won the GT Daytona (GTD) class with Jeroen Bleekemolen in the most recent race at Detroit. Keating has four victories over the past two seasons, currently racing the No. 33 ViperExchange.com/Gas Monkey Garage Dodge Viper GT3-R fielded by Riley Motorsports.

The prototype is very different from our Viper,

“I’d never driven a prototype until a month ago, and it’s unbelievable – it’s great,” Keating said. “I did two days of testing in a Prototype Challenge (PC) car, and then two days at Barcelona in the LM P2 car. I’ve been thoroughly delighted. I absolutely love driving the prototype. It fits my driving style very well. I’ve been very quick, and you always like something that you are quick in.

“What was most fun about the PC test at Road Atlanta in a Starworks Motorsport car was that my fastest lap in the PC car was faster than Jeroen’s. No one on the team has been able to let him live that down. This is also the first time at this level of racing where I’m not in the slowest class. I’ve always been in GTE Am or GT Daytona, and you spend a lot of time looking in your mirrors to see who’s coming up. I’m excited to be in the LM P2 class at Le Mans, and hopefully we’ll only have to watch for the nine LM P1 cars. I think we’ll have more control over our own race, and I’m looking forward to that.”

Bleekemolen is a 10-time competitor at Le Mans, winning in LM P2 in 2008 for Van Merksteijn Motorsport. He did not finish last year’s event, co-driving a Dodge SRT Viper GTS-R with Keating and Marc Miller.

“The prototype is very different from our Viper,” Bleekemolen said. “The downforce is the big difference. For me, Le Mans is always a highlight of the year. Doing it with Ben and Marc was really cool, and I’m looking forward to doing it again in the P2 car.”

Goossens is racing for the 13th time at Le Mans. He last competed there in 2013, finishing eighth in a Dodge SRT Viper GTS-R alongside his current WeatherTech Championship co-driver Ryan Dalziel and Dominik Farnbacher. His best finish was fourth overall and second in the LMP class in 1997 for Courage Competition.

“This has been a little different from other years, because all the other years I was there the entire time preparing for Le Mans,” Goossens said. “I’ve got a good group of people around me with Ben Keating, Jeroen, Bill Riley, and the all the guys from Murphy Prototypes. It’s my 10th time in a prototype, but first time in an LM P2 car. We’ve got a strong driver lineup and a team that can get into a good rhythm with pit stops.

“Obviously, our car is a little different from the new generation LM P2 cars, but it’s a proven car and the team knows exactly how to prepare for Le Mans. This race is all about reliability and staying out of the pits. All in all, I think we might be in a good position here. Murphy Prototypes has done this race a number of times; they’ve always run strong here and hopefully we can contribute to give them a good result.”