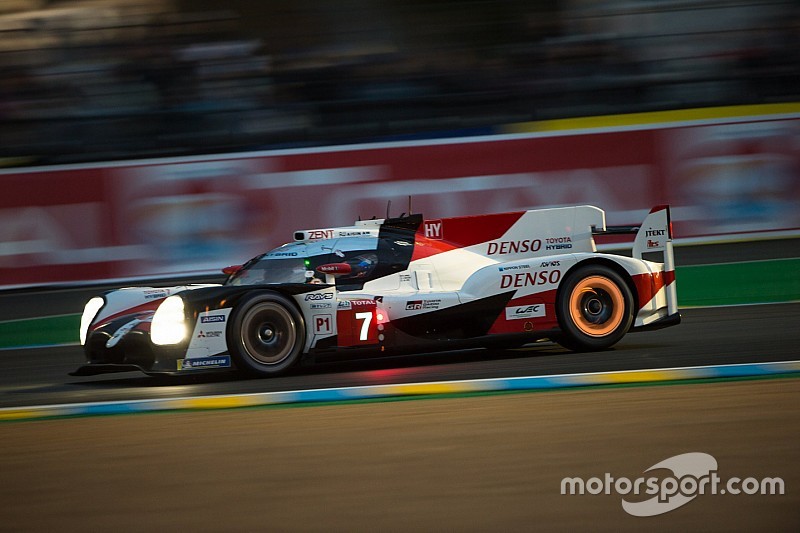 Kobayashi's pole lap of 3m15.497s in the #7 TS050 Hybrid, set during Thursday evening's second qualifying session, compared to the 3m14.791s he managed two years ago.

The Japanese driver admitted he had hoped to have a crack at besting his 2017 time, but less favourable track conditions put paid to any hopes of lowering the track record around the current iteration of the Circuit de la Sarthe.

"Actually I was quite disappointed because after two years, I expected due to the car development we should improve," said Kobayashi. "When I did my best lap, I was still missing nearly one second, which is a bit hard.

"Probably in 2017 it was pretty good track conditions, the whole situation was right. Today I tried but it wasn’t enough."

Asked to elaborate on his comments, Kobayashi added: "I think everybody expected that laptime. I tried to prepare everything for this qualifying so I think we know we can make it, the car is definitely quicker [than in 2017].

"But the track conditions and wind direction is not [good] for laptime unfortunately today. I think this is the result. I think in 2017 the traffic management [was better] as well, after the red flag we got only a few cars on the track so we were pretty good on the warm-up of the tyre.

"This time we were waiting six, seven minutes at the end of the pitlane which cost us a drop in grip, which is a shame, but this is a qualifying and everyone has the same conditions."

Kobayashi also praised the work of the Toyota crew after it changed the #7 car's chassis in the wake of the crash involving Mike Conway and Roberto Gonzalez's DragonSpeed Oreca on Wednesday.

"I think we fixed the car five minutes before the start of Q2," said Kobayashi. "If it was 10 minutes later, I could not have achieved this laptime because of traffic. So the team definitely did a great job." 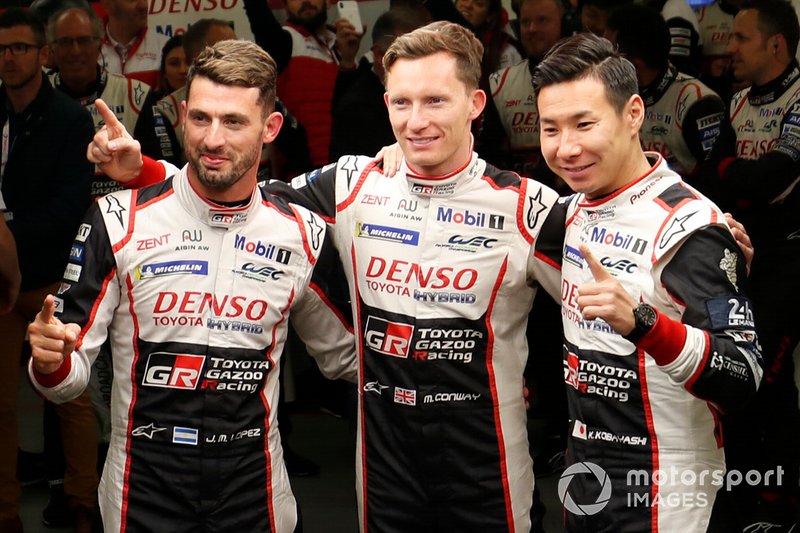