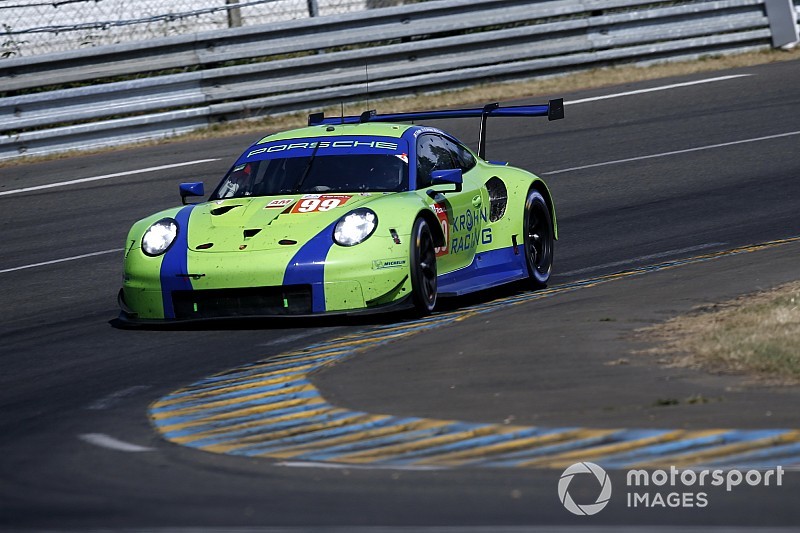 The #99 Dempsey-Proton Porsche has been withdrawn from the Le Mans 24 Hours following Tracy Krohn's heavy crash during Wednesday's practice session.

Krohn was taken to hospital as a precautionary measure after the shunt, which took place between the second Mulsanne chicane and Mulsanne corner and caused the session to be red-flagged.

The 64-year-old American was released on Thursday morning, but has been advised by FIA medical staff to spend a week on the sidelines before returning to racing.

It means the #99 machine Krohn was due to share with his regular Le Mans co-driver Nic Jonsson and Porsche factory driver Pat Long will not compete in this weekend's race, despite efforts having been made to rebuild the car around a new tub.

“While it is a major disappointment for the Dempsey-Proton Competition team, headed up by Christian Ried, on behalf of myself, and my regular co-driver, Nic Jonsson, we want to thank all of the team members for their valiant efforts," said Krohn in a statement.

"I respect the FIA decision as a safety precaution and look forward to competing again next year in this incredible and historic race.

"I wish to thank the medical professionals at the circuit and at the Hospital du Mans for the prompt and professional manner in which I was cared for, and of course, my wife, Laurie for her kind and loving support."

The withdrawal of the #99 Porsche means the GTE Am field is down to 16 cars, with the overall grid now 61-strong.