Kunimitsu Takahashi: Member of the 90th anniversary Hall of Fame

President Pierre Fillon presided over a ceremony in honour of Japanese drivers at Fuji.

In the context of the Fuji 6 Hours which will take place on Sunday on the Japanese circuit (start at 11h00, 04h00 in France), today, Friday, President Pierre Fillon presided over a ceremony in honour of Japanese drivers.

It took place at the Fuji Speedway in the presence of numerous Le Mans drivers of today and yesteryear including Yojiro Terada, Masanori Sekiya, Shinji Nakano and Keiko Ihara, and also major figures from Japanese motor sport, local officials and the national and international press.

The highlight of the ceremony was the induction into the 90th anniversary Hall of Fame of the doyen of Japanese drivers, Kunimitsu Takahashi, to pay homage in symbolic fashion to all the Japanese who have taken part in the Le Mans 24 Hours. 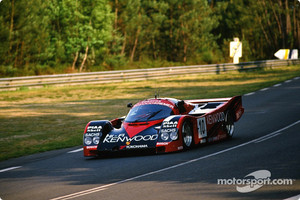 Aged 73 Takahashi San is one the pioneers of racing in the Land of the Rising Sun. He began his career on motor bikes and he was the first Japanese rider to win a grand prix (Germany in 1961 on a Honda in the 250 cc category). He then changed to four wheels and took part in the 1977 Japanese F1 Grand Prix before orienting his career to endurance.

Thus, between 1986 and 1996 Kunimitsu Takahashi started the Le Mans 24 Hours on eight occasions, five times at the wheel of Porsche 962s and three in Hondas in which he won the GT2 category in 1995.

Takahashi has been a prominent figure in Japanese motor sport, and between 1993 and 2007 he presided over the destiny of the GTA Association, the company organising the prestigious Super GT Championship.

It is a very private circle made up of 13 members of which the following drivers having won the race four times or more are also a part: Yannick Dalmas (4), Henri Pescarolo (4), Frank Biela (5), Emanuele Pirro (5), Derek Bell (5), Jacky Ickx (6) and Tom Kristensen (9).

The Le Mans 24 Hours the pinnacle of worldwide endurance racing!