The 90th running of the 24 Hours of Le Mans will take place in 2013 on the June 22-23, 2013. It is only the 15th time that the event will take June classic for sportscar racing will be held on the 25th week of a yearly calendar. Originally scheduled for the 15-16th of June, the Silver Anniversary will be held one week later. Le Mans is the premier event of all sportscar races, and the ones that teams, manufactures and drivers dream of standing on the top step of the podium overall, and per class.

The change was made per the request of the Fédération Internationale de l’Automobile (FIA) due to the partnership they formed with the Automobile Club de l’Ouest (ACO) last year for the 2012 newly formed FIA World Endurance Championship (WEC). 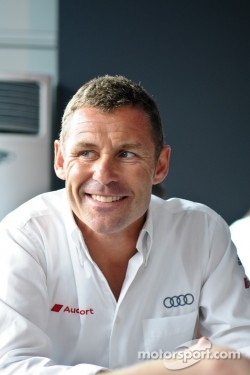 Test day will be held on June 9th; exactly two weeks prior to the 24 Hour event. Scrutineering will now take place on June 16th and 17th.

Le Mans is truly a stand-alone event that rivals the Indianapolis 500 and the Monte Carlos Grand Prix for its history and the best racers across the globe. The first 24 Hours of Le Mans was held in 1923 on the 26th and 27th of May. André Lagache and René Léonard took the overall victory in a Chenard et Walcker Sport; their teammates finished second.

With the date now set for the prestigious 24 Hours of Le Mans event, the FIA has yet to firm up the WEC 2013 calendar. Some of their events this year were combined with the “Le Mans-style” series, including the American Le Mans Series and the European Le Mans Series in 2012. Next year, the schedule will include events in the return of the Asian Le Mans Series.

Over the past weeks, many rumors have circulated and for the fans in the United States of America if they come true, they will be stunned. The first race for the WEC was held in Sebring, Florida. The annual trek by the ALMS teams to take on the 12 hour race. Many European teams in the past, and again this year, use event to test the reliability of their cars; mainly to prepare for the Le Mans 24 hour event. 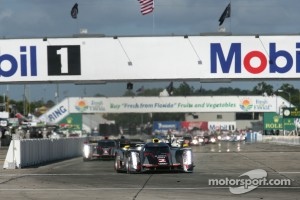 However, the other crown jewel for the ALMS is not on this year’s WEC calendar – the Petit Le Mans 1,000 or 10 hour race event to be held at Road Atlanta in October. Now the rumors indicate that both the crown jewels events will not be on the WEC schedule in 2013. Instead, it appears that the FIA has selected the new road course in Austin, Texas.

The new Circuit of the Americas will host the FIA Formula One Championship in November of 2012.

The final decision for the WEC 2013 calendar will be announced in September, but as with all FIA schedules, changes can be made.