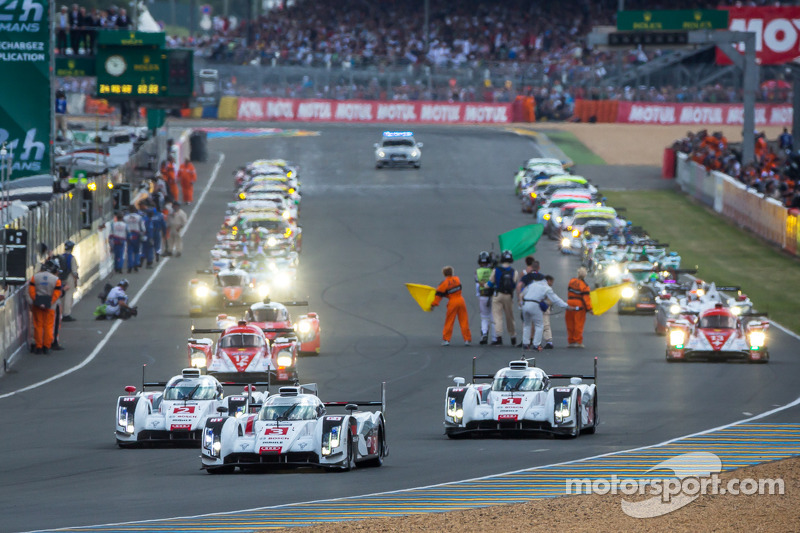 The greatest sports car race on Earth is ongoing and with six hours in the books, there's a lot to talk about.

The No. 7 Toyota led the way early, as the Porsches came under attack from the Audis. That is, when the Audis weren't busy fighting each other. There were a few risky moments as the LMP1 contenders battled hard early, even going four-wide with lap traffic at one point!

Just 30 minutes into the race, the No. 14 Porsche heads into the garage. He reported that he lost all drive. That Porsche lost five laps as they changed some fuel system components in the garage. The Nissan ZEOD was the first entry to retire from the race, not even making it a full hour. Their issue was gearbox related. 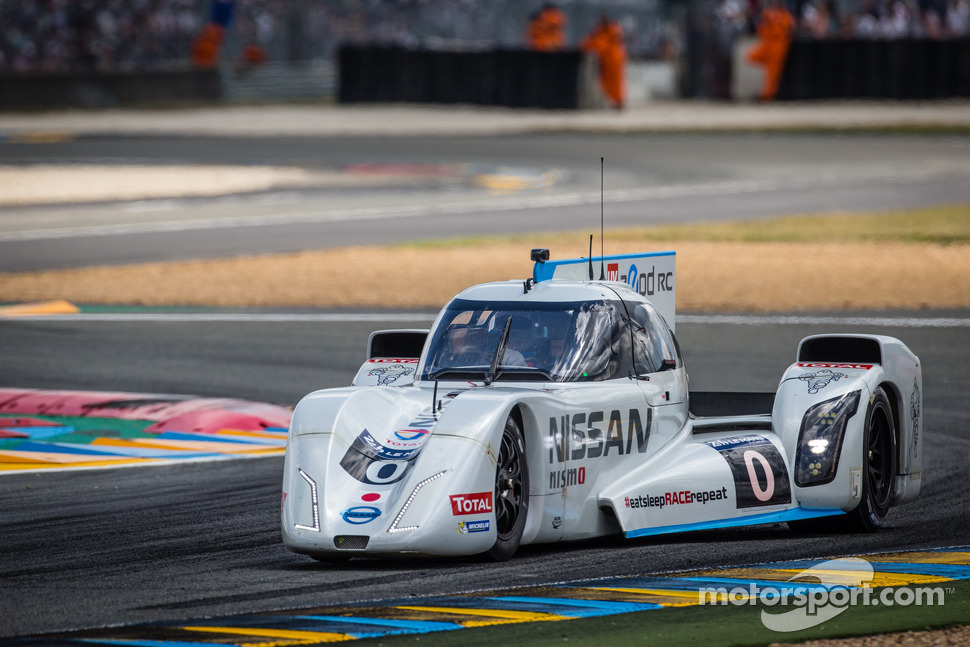 At the 90 minute mark, chaos ensued. The track was soaking wet with ran and a number of cars were still on slicks. Suddenly, the No. 8 Toyota lost control and slammed into the No. 3 Audi, which was then hit by the GTE Am leading No. 81 Ferrari. 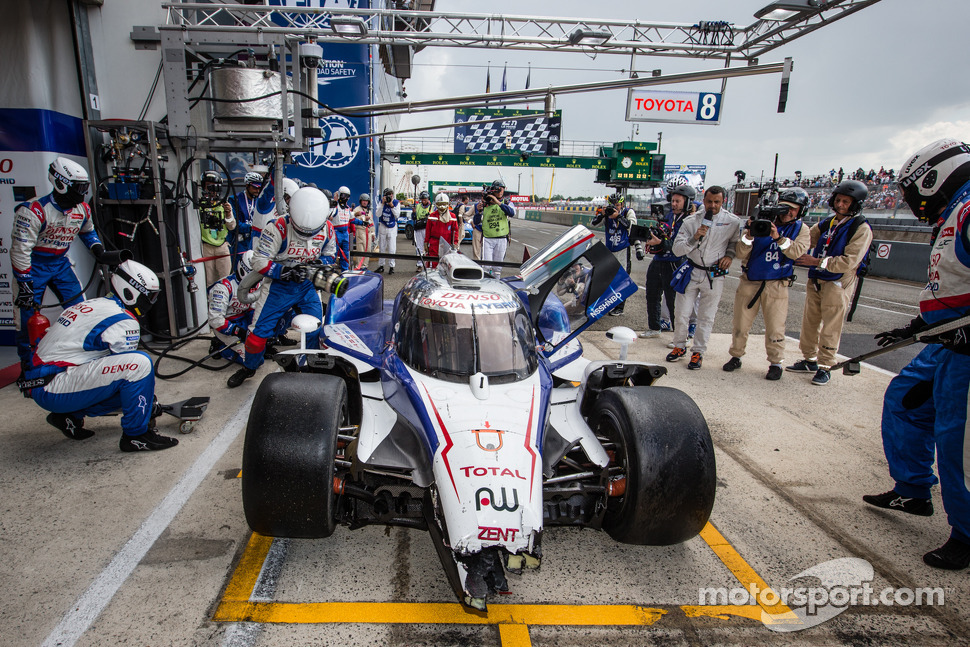 All three drivers involved were okay, but Bonanomi was visually devastated. The No. 8 Toyota was able to get back to the pits under its own power while the No. 3 Audi was taken back on a flat bed. The Audi and Ferrari are done.

There have been six retirements thus far.

Nicolas Lapierre talked about his crash later on.