Below is a summary of all that took place at Le Mans Wednesday.

The action at Le Mans kicked off in a big way yesterday. Loic Duval was involved in a horrifying accident. He was promptly extracted from the No. 1 Audi and transported to a local hospital via ambulance.

In the end, he only suffered cuts and bruises on his legs and arms, but the ACO and doctors are not allowing him to race. JOTA Sport's Marc Gene, who won this race for Peugeot back in 2009, has been selected as his replacement. Oliver Turvey will fill the gap in the No. 38 JOTA Sport LMP2 entry. 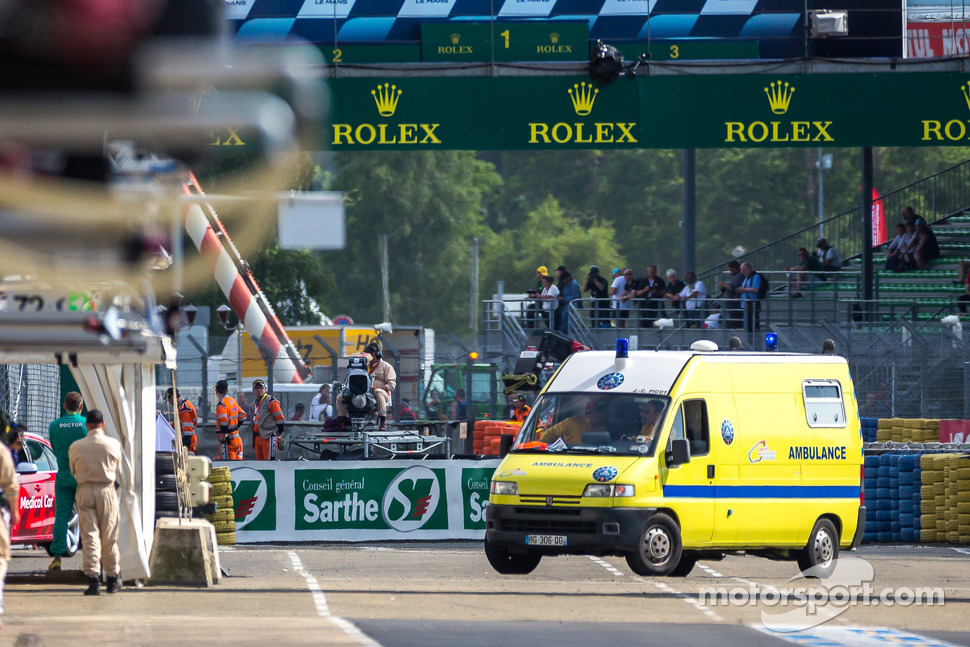 Ambulance carrying Loic Duval after his crash during Wednesday practice

Toyota's Anthony Davidson would post the fastest time in that practice session, ahead of Marcel Fassler in the No. 2 Audi and teammate Kazuki Nakajima in the No. 7 Toyota. LMP2 was led by Oak Racing's Jann Mardenborough in the new Ligier JSP2 Coupe prototype. As for the GTE divisions, the No. 51 AF Corse Ferrari held the quickest team in the professional class, with Nicki Thiim setting GTE Am pace in the No. 95 Aston Martin. 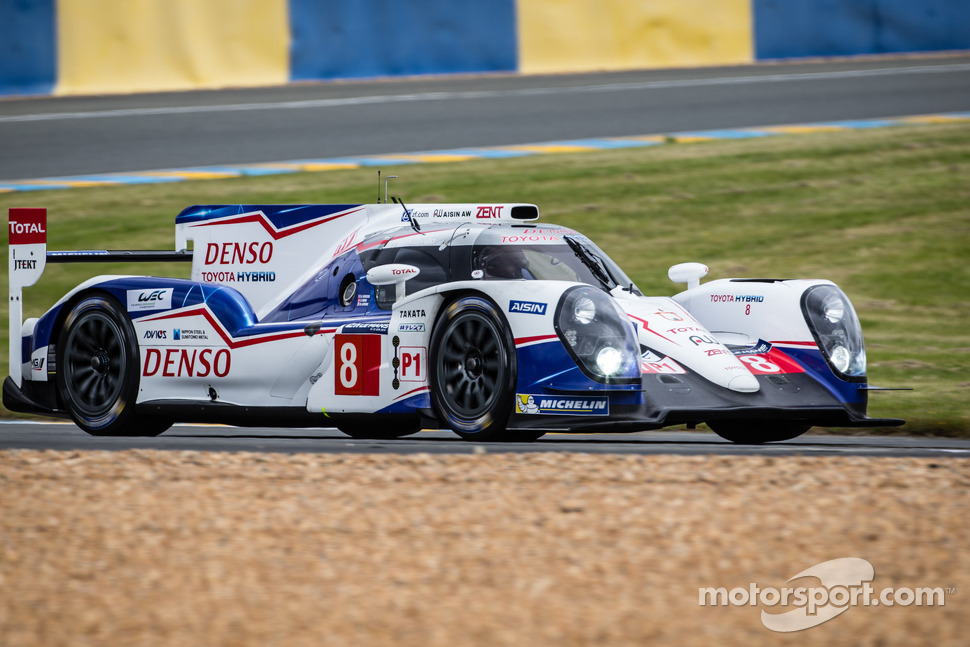 In qualifying, there was a big change at the top of the leaderboard. Porsche went 1-2 after failing to match any of their main rivals during practice. Sandbagging perhaps? Currently, it's Brendon Hartley in the No. 20 Porsche that holds the provisional pole over teammate Neel Jani, who was piloting the No. 14. They were followed by the Toyota duo, who were over two seconds adrift of the Porsches. The No. 2 Audi rounded out the top five. Obviously, the sister Audi of Kristensen, Di Grassi, and Gene did not take part.

In LMP2, Oliver Pla put the No. 26 G-Drive Racing Morgan-Nissan on the top spot for now. Ferrari is in control of both GTE classes at the moment. The AF Corse team is leading the way in GTE Pro with Gianmaria Bruni behind the wheel of the No. 52 machine. In GTE Am, it's SMP Racing's Andrea Bertolini who was able to outpace all others in the No. 72 car. 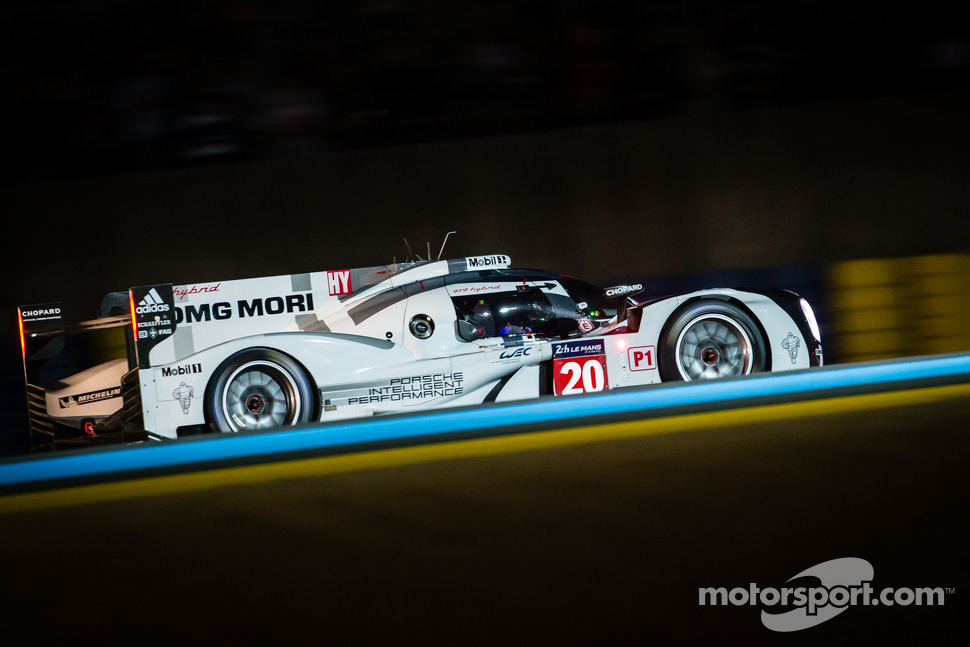 Both practice and qualifying were marred by a number of these... 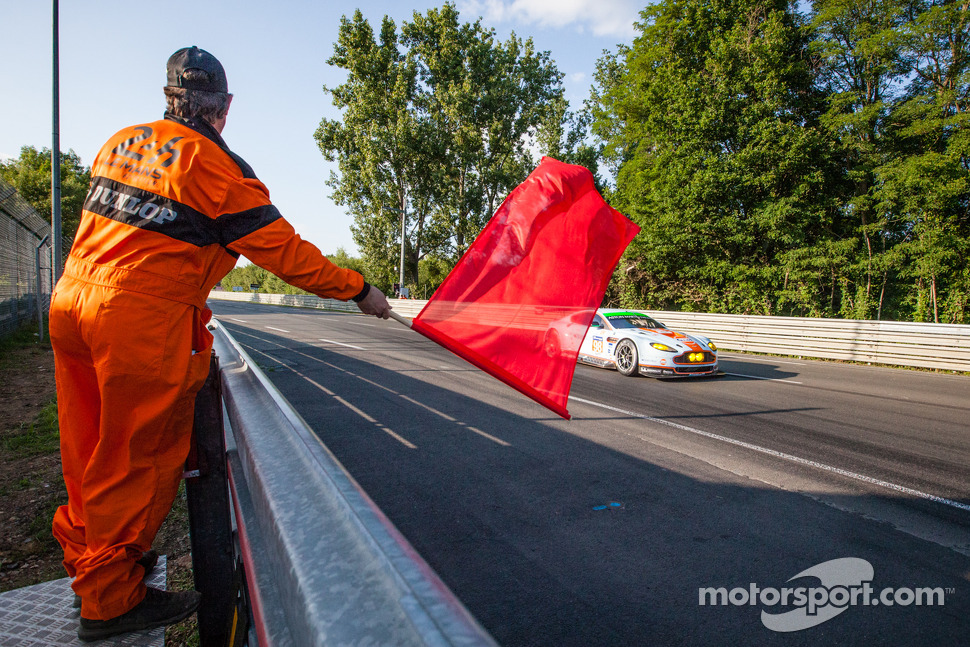 And if you believe the old superstition surrounding full moons and auto races, the chaos on Wednesday could then be attributed to this... 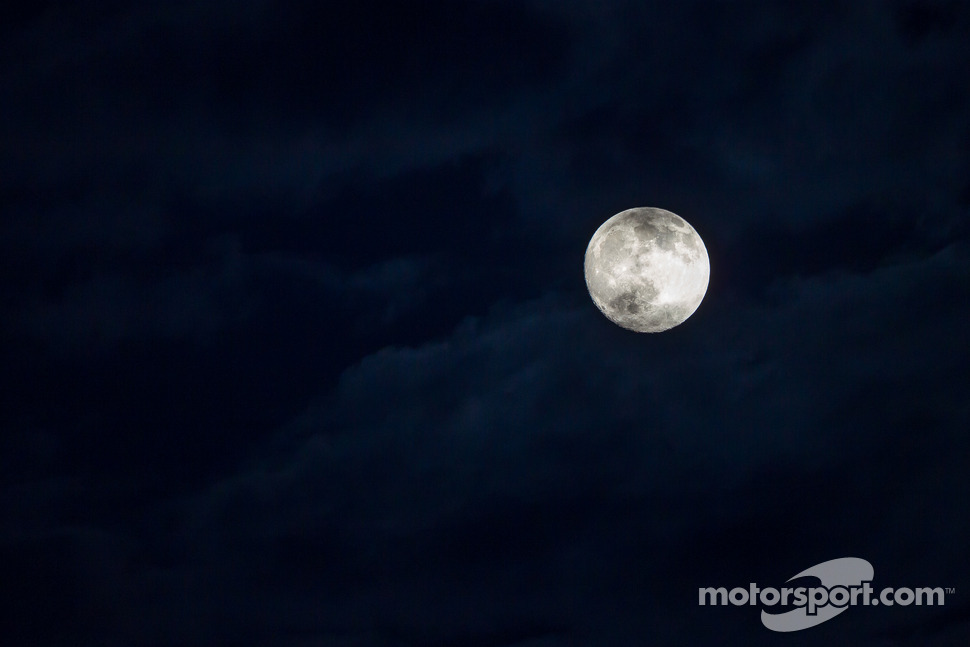 Full moon at Le Mans on Wednesday, along with a few red flags

Now, here's a montage of Motorsport.com photos capturing all of the mishaps and off road excursions during yesterday's sessions. 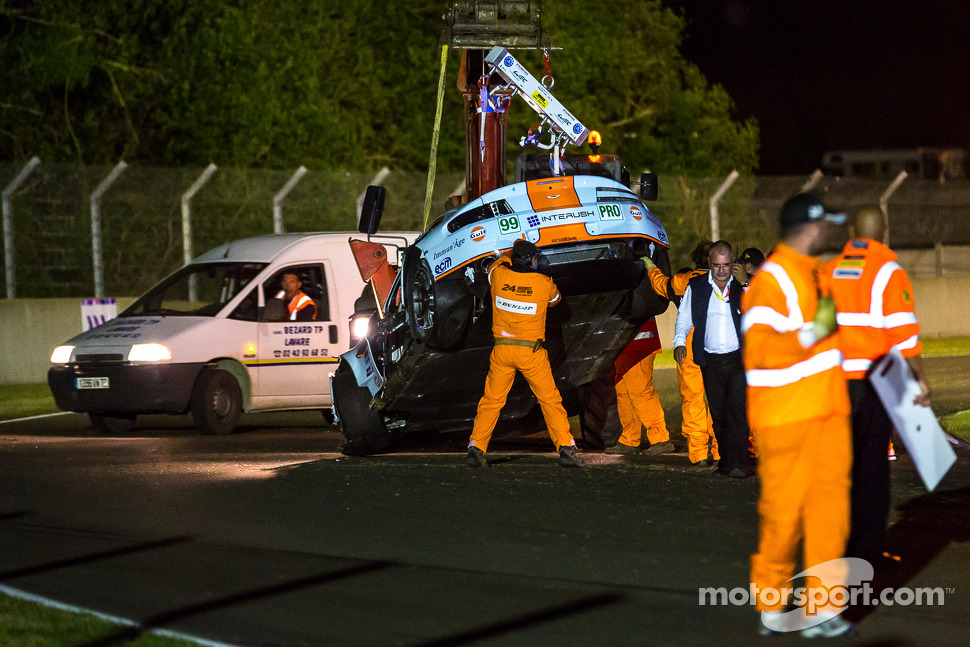 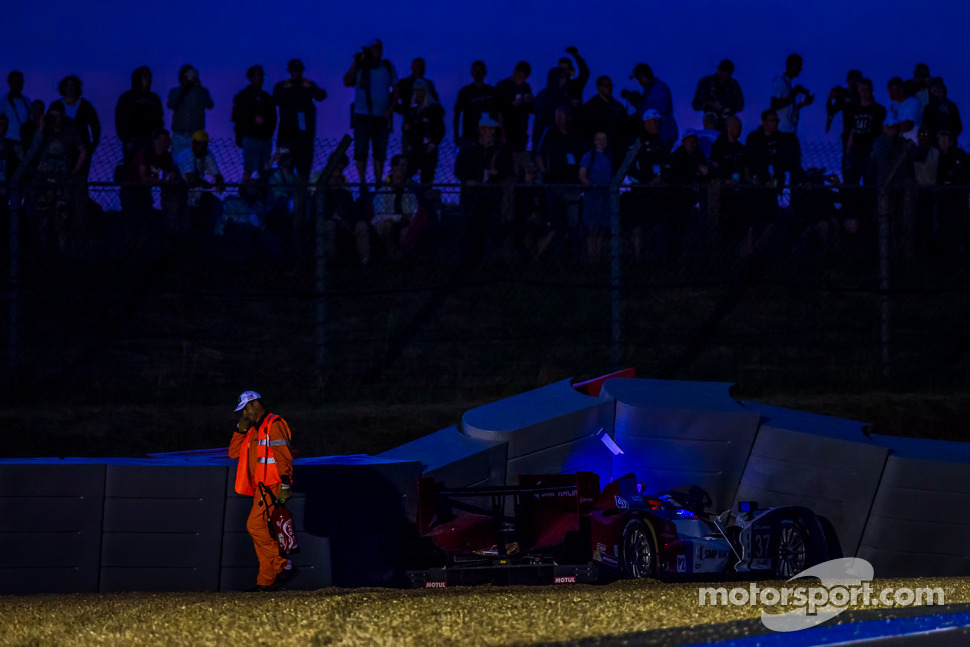 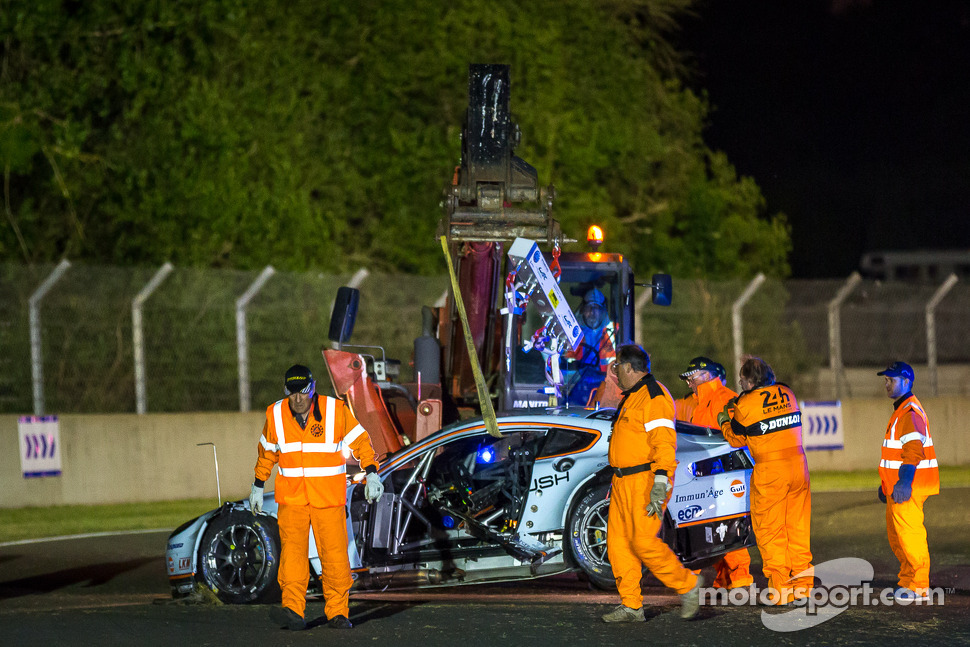 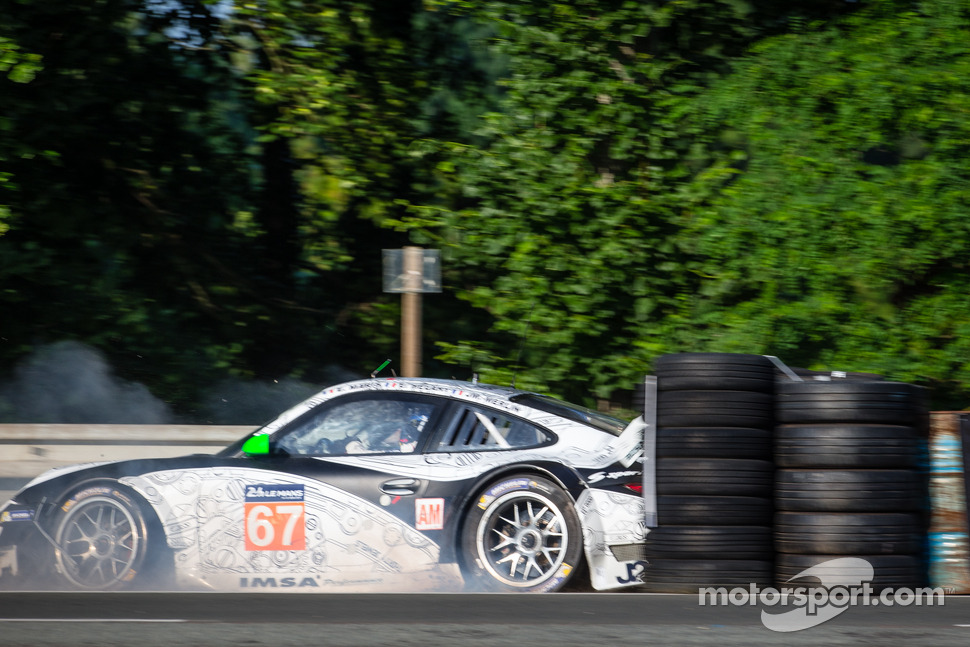 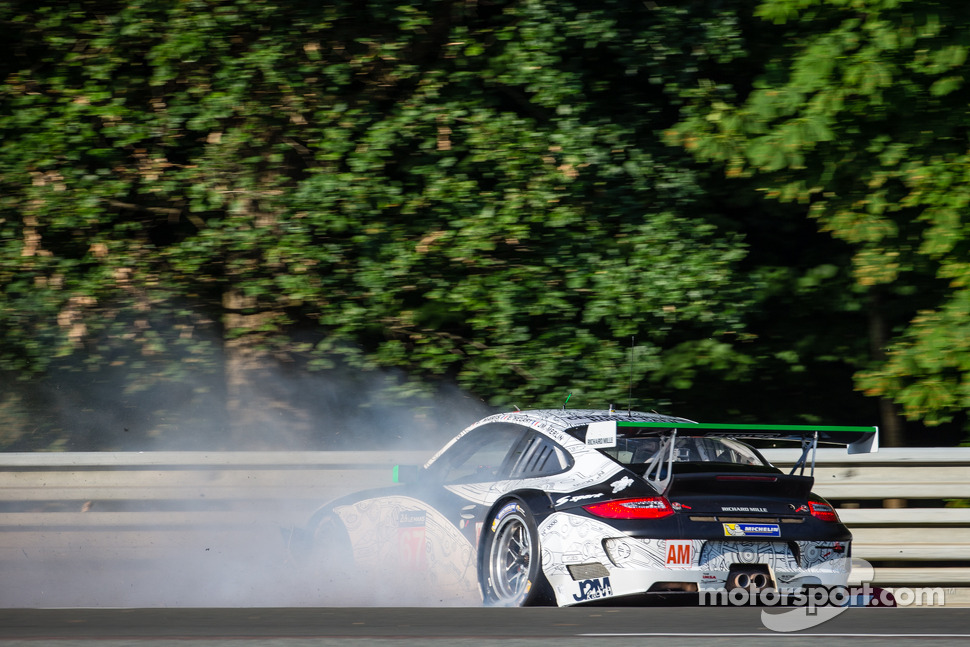 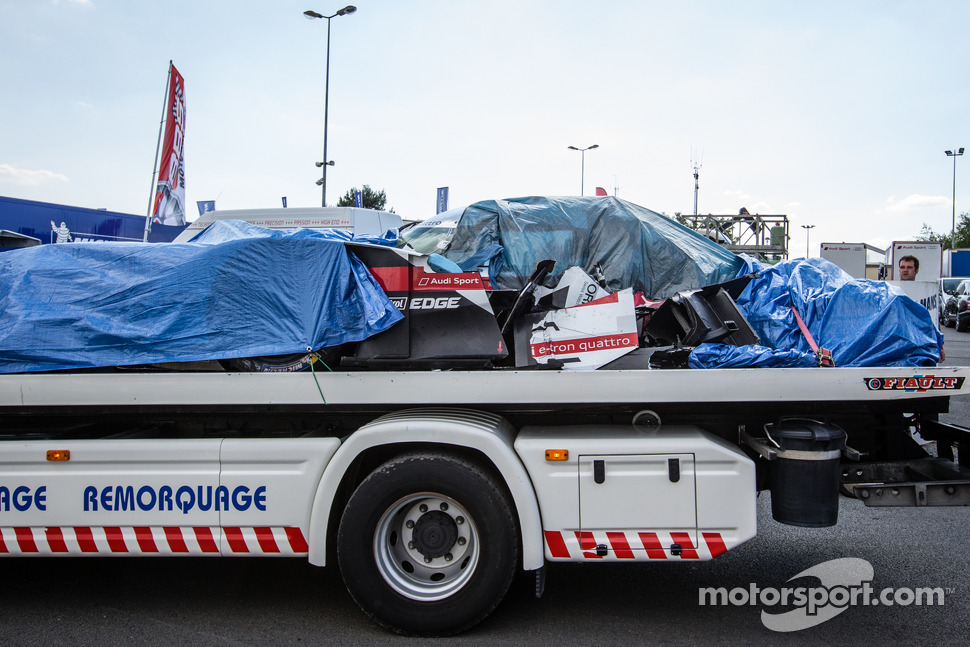 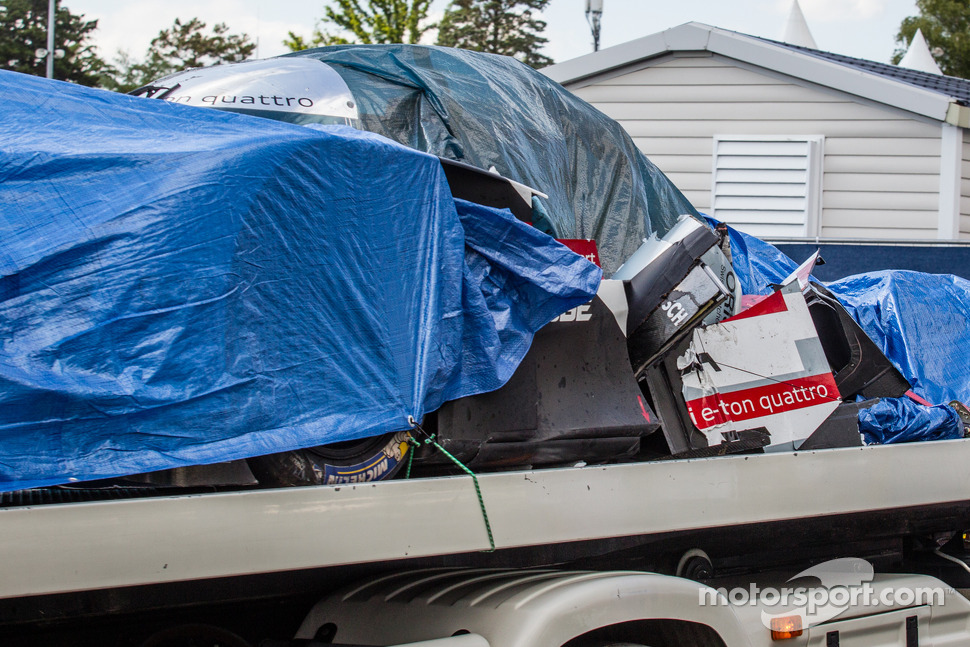 The No. 99 Craft-Bamboo Racing Aston Martin, which can be seen in two photos above, has since withdrawn from the race. This brings the field down to 54 entries, the lowest it's been since 2006. Audi has built a brand new No. 1 Audi, completing its construction within 24 hours of the accident. They will take part in qualifying later today. The team also sent out this message to their friend Loic Duval... 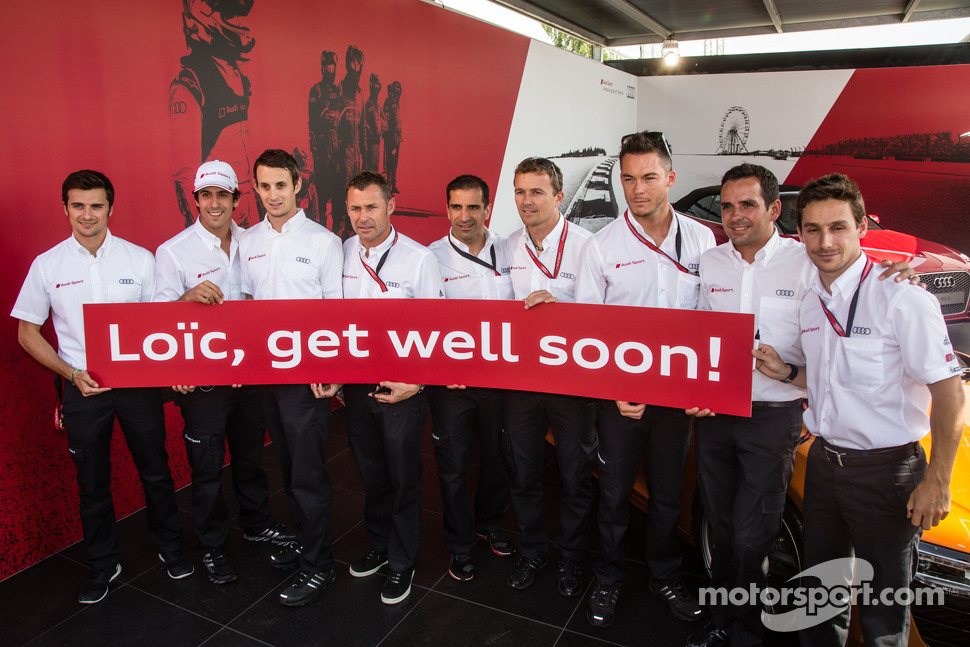 To see detailed reports from Wednesday's action, check out all the links below.

Official statement from the ACO regarding Duval's accident