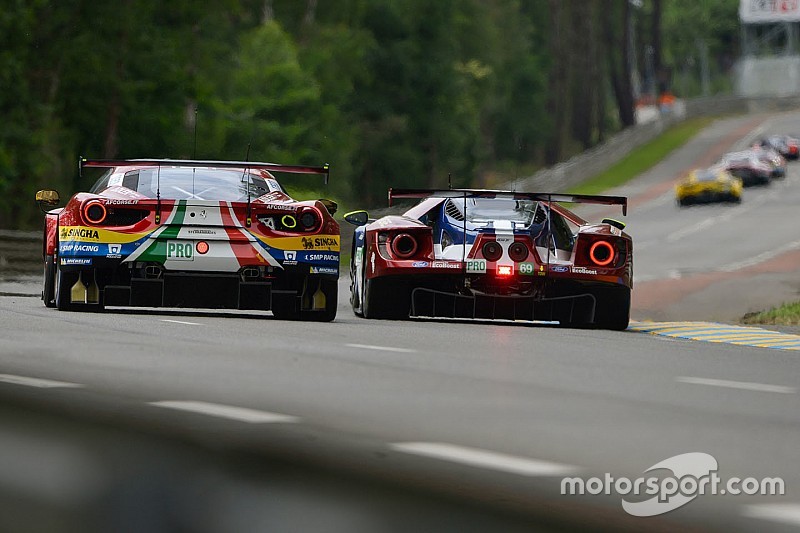 Ford has taken the biggest hit in the initial GTE Pro Balance of Performance for next month's Le Mans 24 Hours.

The four factory Ganassi Ford GTs making their final appearance in the blue riband World Endurance Championship round will run 12kg heavier at the official Le Mans test day this weekend than they did in last year's race, but will be allowed more slightly turbo boost.

The turbo boost curve for the BMW has also been reduced.

The Ferrari 488 GTE Evo, the Chevrolet Corvette C7.R and the Aston Martin V8 Vantage GTE have all been given weight breaks of 7kg. The boost curve of the Ferrari has been revised upwards.

The fuel capacities of the respective cars, which are set to ensure 11-laps stints, have yet to be published.

The BoP in GTE Pro for Le Mans is not subject to the automatic system based entirely on race data introduced at the start of the 2017 WEC for the six-hour races.

Last year there were changes ahead of the start of practice and qualifying and then further revisions on the Friday before the race.