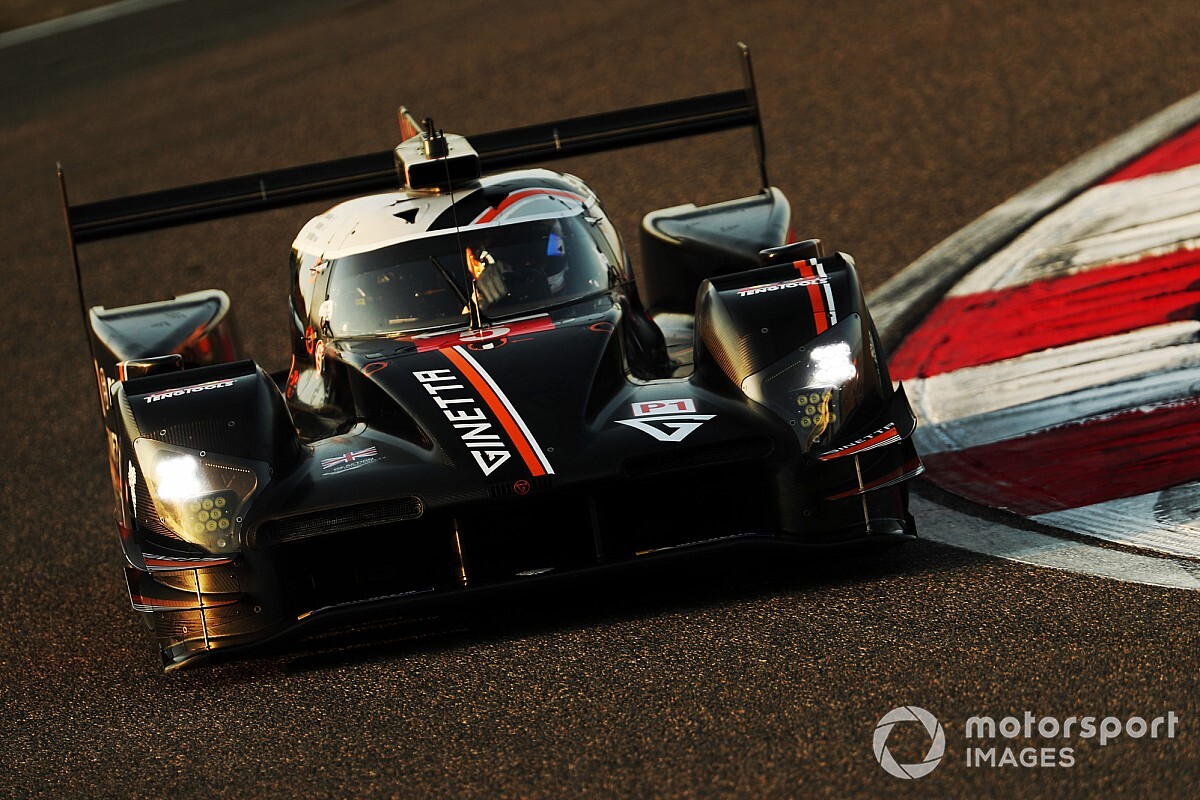 The factory Ginetta G60-LT-P1 entered under the Team LNT banner has been pulled out of the rescheduled round of the FIA World Endurance Championship on September 19/20 due to an increase in COVID-19 infections in France, according to a statement from the British racing car constructor.

Matt Lowe, chief executive of Ginetta parent company the LNT Group, said: "Team LNT with its Ginetta-AER G60-LT-P1 will not be contesting the 2020 Le Mans 24 Hours.

"New COVID cases in France are at their highest level since the start of the pandemic and with the latest quarantine rules in place when returning, as a factory-based team, this will in effect mean a minimum four-week closure of the Ginetta manufacturing facility, with a knock-on effect on Ginetta’s core UK championships.

"This, coupled with the significantly altered WEC calendar, has meant that after careful consideration, the decision has been taken that the G60-LT-P1 will not contest this year’s Le Mans 24 Hours."

The single-car entry from Ginetta was due to be raced by 2003 Le Mans winner Guy Smith, his former partner in the American Le Mans Series, Chris Dyson, and works driver Mike Simpson.

The withdrawal leaves only five entries in LMP1 for Le Mans this year: the pair of Toyota TS050 Hybrids, the expanded two-car team of Rebellion R-13s and the solo ByKolles ENSO CLM P1/01. It also reduces the total entry to 59 cars.

The move almost certainly brings the curtain down on Ginetta's campaign in the 2019/20 WEC.  Ginetta boss Lawrence Tomlinson has already stated that he has no intention of the competing in the new series finale set for Bahrain in November.

The marque hasn't competed in the WEC since last November when both its full-season entries competed at the first of the two races in Bahrain on what is now a significantly rejigged 2019/20 calendar. It missed the rearranged Austin fixture in February, which took the place of a round scheduled for Sao Paulo in Brazil, and then last month's Spa 6 Hours.

Tomlinson cited a need to return the cars to the UK to undertake proper rebuilds for missing Austin and a preference for testing a series of upgrades on the G60 over competing at Spa. The team slimmed down its entry for Le Mans to a single car because it didn't want to produce the necessary spares for two in case a race postponed from June didn't happen.

The LNT statement from Lowe added that "the factory will instead focus on testing and refining the cars in preparation for the 2021 season".

Tomlinson has stated that he has no plans to run the G60 on a works basis next season, but has expressed hopes that another team will take over the cars.

LMP1 machinery will be eligible on a so-called grandfathered basis next season when the new Le Mans Hypercar rules come into force.