The #7 Toyota led the 2021 Le Mans 24 Hours from Alpine after the first hour, after contact during a wet start dropped the #8 Toyota back.

Heavy rain showers before the start prompted race control to start the race behind the safety car for two additional laps.

In difficult conditions Mike Conway made a good start from pole in the #7 Toyota GR010, while the #8 sister car of Sebastien Buemi was punted off at the Dunlop Chicane by the 708 Glickenhaus of Olivier Pla.

While Pla got away with damage to the nose and a 10-second penalty, Buemi had to stop later on at the side of the road at Arnage to reset his car, falling over 1m30 behind the leading sister car. 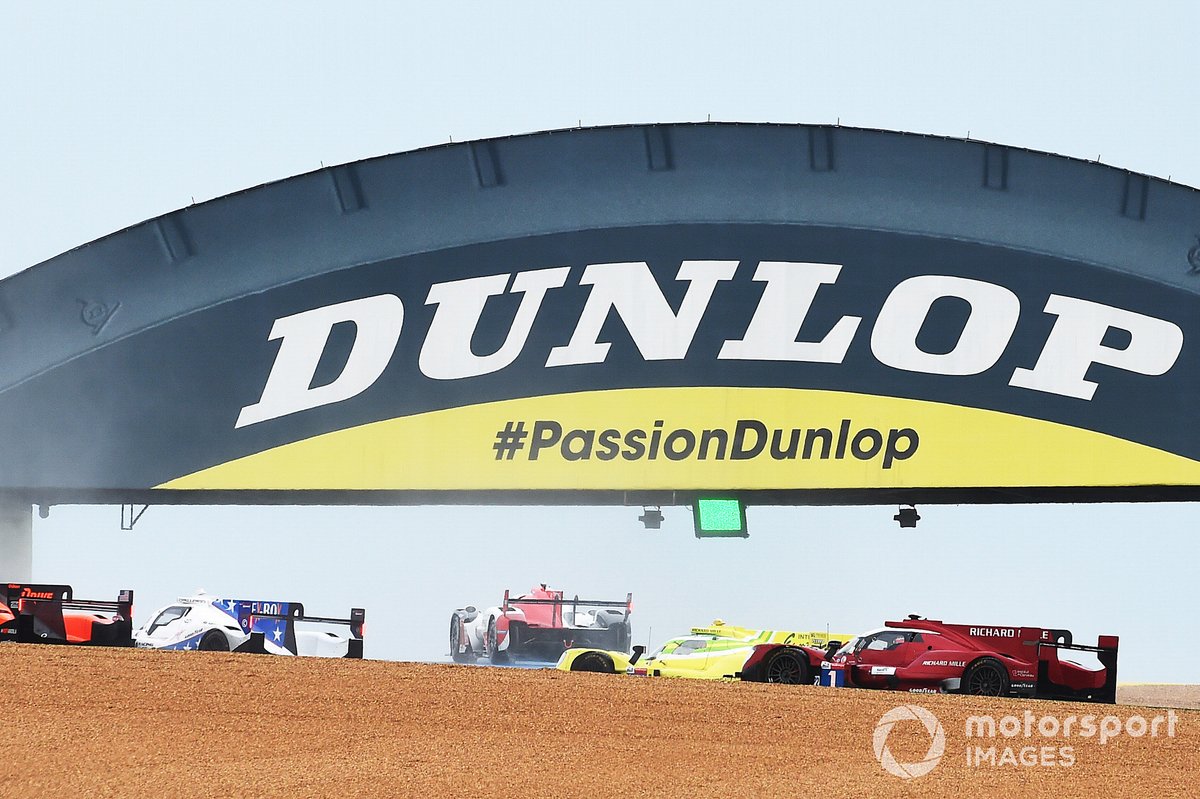 Nicolas Lapierre took second in the #36 Alpine A480-Gibson but lost a minute with a spin at Indianapolis.

That gave Conway a handsome lead over the other Le Mans Hypercar entry, the #709 Glickenhaus of Richard Westbrook, which also suffered a spin at the Ford Chicane towards the end of the first hour.

LMP2 leader Antonio Felix da Costa safeguarded JOTA's pole with a solid first stint in the #38 Oreca-Gibson, shining on intermediates as the track started drying up after the half-hour mark. Given the trouble in LMH, Da Costa vaulted up to second overall and on his intermediates he was lapping up to five second quicker than the leading Toyota in the first stint.

After the first round of pitstops for slicks, Conway's #7 Toyota led the way by 50 seconds over Da Costa's LMP2 car, with nearest Hypercar competitor Lapierre a further 10 seconds in arrears and Buemi's second Toyota third, a minute behind.

Nyck de Vries initially dropped to fifth in the #26 G-Drive Aurus-Gibson but dragged the car back to second in class and fourth overall after an around-the-outside overtake on WRT's Robert Kubica in the second Mulsanne chicane and a more straight-forward pass on Panis Racing's Will Stevens.

Giedo van der Garde hauled the #29 Racing Nederland entry up from 16th on the grid to third in class after another trademark opening stint blitz, also passing Kubica and Stevens. 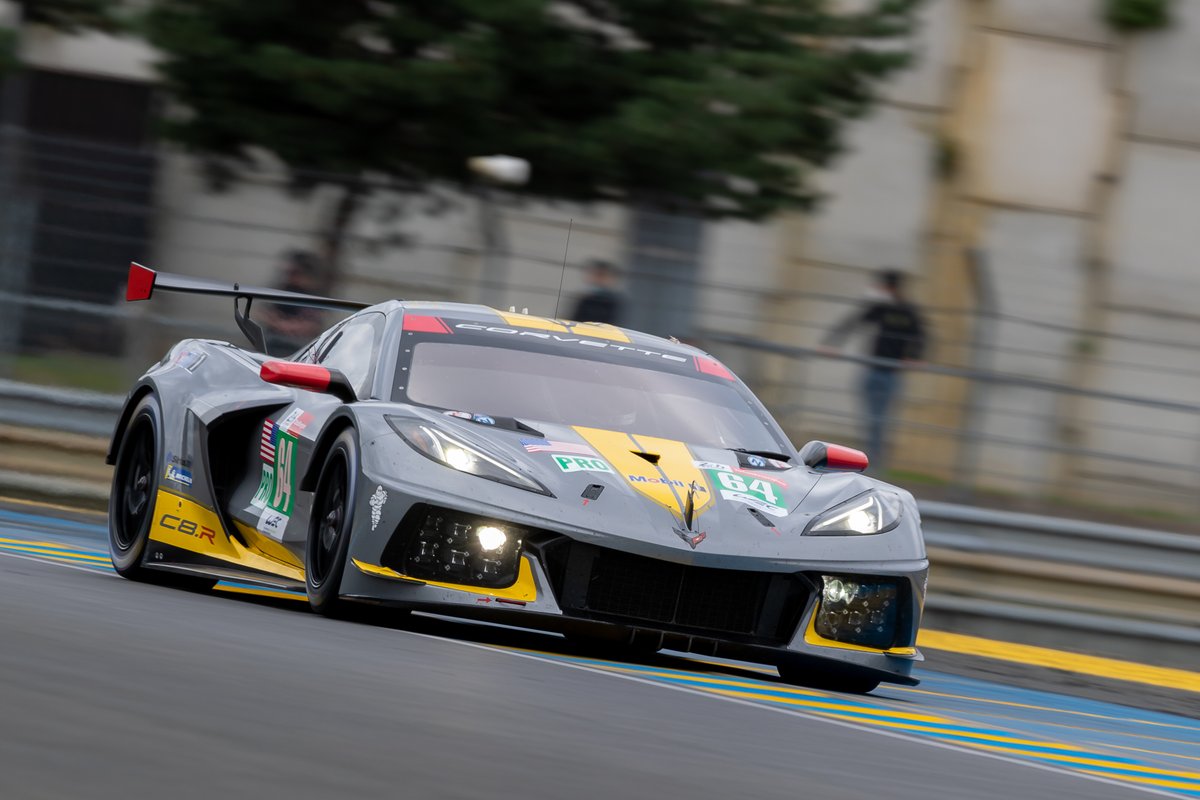 In GTE Pro, the polesitting #72 HubAuto Porsche of Maxime Martin fell back after contact at the start with the #48 IDEC Sport LMP2 car of Patrick Pilet.

Corvette took an early 1-2 lead in the hands of Tommy Milner and Antonio Garcia, but both cars struggled after the race settled down. Miguel Molina took the lead in the #52 AF Corse Ferrari 488 GTE Evo, followed by the #51 sister car of James Calado.

But Corvette struck back thanks to excellent work in the pits, Milner retaking the lead in the #64 C8.R from Molina.

Laurens Vanthoor led the Porsche charge, climbing up to third in the #79 WeatherTech machine ahead of the #91 factory Porsche of Gianmaria Bruni. Calado lost third after going off the track in Porsche Curves and dropped back to fifth in class, followed by Garcia, the #92 Porsche of Kevin Estre and Martin.

But after the pitstop cycle Nicklas Nielsen took over in the #83 AF Corse Ferrari, putting 10 seconds on Andlauer.

The #80 Iron Lynx Ferrari followed in third in the hands of Matteo Cressoni.