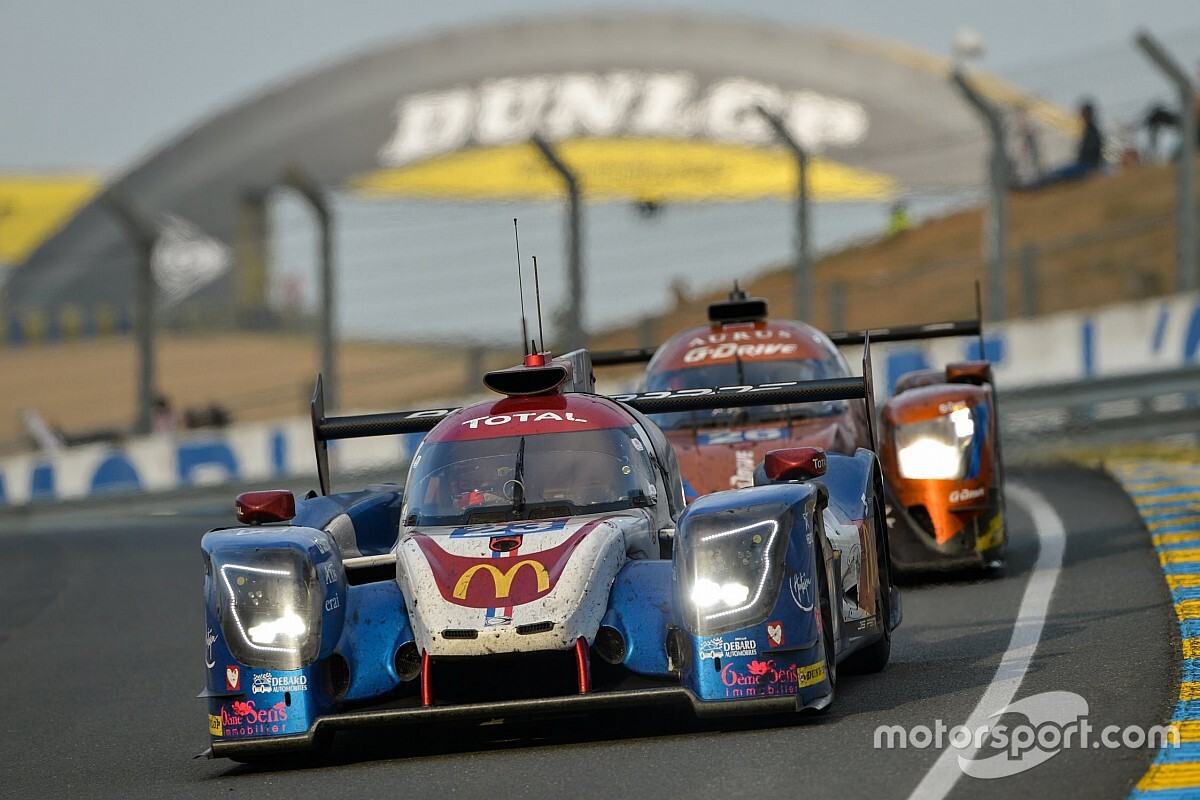 A number of LMP2 teams have announced their drivers for the Le Mans 24 Hours next month, leaving only one line-up in the class undecided.

Among the squads to have firmed up their rosters in recent days are EuroInternational, Algarve Pro Racing, Eurasia Motorsport and Panis Racing, while newcomer outfit Nielsen Racing became the latest to do so on Thursday morning.

Eurasia announced in the wake of its FIA World Endurance Championship outing at Spa that it will maintain its line-up of ex-Formula 1 racer Roberto Merhi, Nick Foster and gentleman racer Nobuya Yamanaka in one of only three Ligier JS P217s in the field at La Sarthe.

EuroInternational is also running a Ligier, which will be shared by the previously-confirmed Adrien Tambay, Erik Maris and historic racer Christophe d'Ansembourg, with ex-Formula 3 driver Niko Kari acting as reserve driver for the squad.

Also at the wheel of the JOTA Sport-run Jackie Chan car will be Will Stevens, who usually drives for Panis Racing in the ELMS. As such, Matthieu Vaxiviere has been selected to partner Stevens' usual teammates Nico Jamin and Julien Canal in the team's Oreca.

Finally, Nielsen Racing - which earned its entry off the back of winning the LMP3 class of the ELMS last year - has announced Canadian driver Garrett Grist will partner British pair Tony Wells and Alex Kapadia, with Colin Noble forced to step down.

It leaves Carlin as the only LMP2 team not to have announced all of its drivers, as the identity of the driver that will partner Ben Barnicoat and Jack Manchester remains unknown.

Carlin, which is due to run one of two Dallara P217s in the 24-car LMP2 field, skipped the opening two rounds of the European Le Mans Series and was absent from the entry list for this month's race at Paul Ricard as well.

The British squad previously admitted its participation at Le Mans is not certain.

Le Mans entry down to 59 cars as Carlin withdraws