Porsche #1 crew were “nursing” car home when it quit 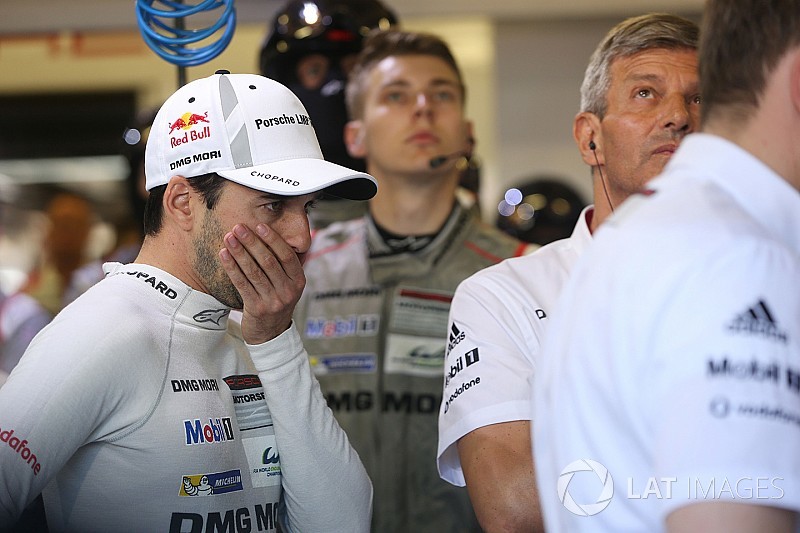 The drivers from the #1 Porsche that gave up a 13-lap lead of the Le Mans 24 Hours on Sunday morning said they had been trying to drive really conservatively to not stress the 919 Hybrid.

The car of Andre Lotterer, Nick Tandy and Neel Jani found itself in a commanding position when every other LMP1 car, including its sister #2 machine that went on to win the race, hit major trouble over the first half of the race.

The #1 car was managing a huge lead over the best of the LMP2 runners on Sunday when the it lost oil pressure with Lotterer at the wheel. Despite his attempts to complete a slow lap on electrical power to get back to the pits for repairs, he eventually had to park up on the Mulsanne straight.

“We were driving really conservatively but suddenly the oil pressure dropped,” said Lotterer. “To retire this way is hard, but this is Le Mans.

“It's a pity, very sad. You almost wanted to not believe it. On the other hand you know that the race at Le Mans is only over when you cross the finish line at 3 o'clock.

“Unfortunately we had an engine problem. I tried to bring the car back with only the battery. Maybe we could have done something at the pits, but it's tough when the engine dies on you.”

Jani added: “We tried to nurse the car home but it was not to be.

“It’s been a crazy event. Every factory car had issues. We looked like it was all done, and we could bring it home with a 13-lap lead.

“And we were the last man standing for a long time, but unfortunately then we had an engine problem, oil pressure or something broke, and we were out. But how this race turned around several times is crazy. Le Mans lets you win, you cannot win Le Mans.

He added: “Mentally the stints were quite hard anyway because when you are not pushing to the limits, too many things and thoughts come up.

“Last year we had the luck on our side [when Toyota retired from the lead in the closing minutes] but this year was not the case.”